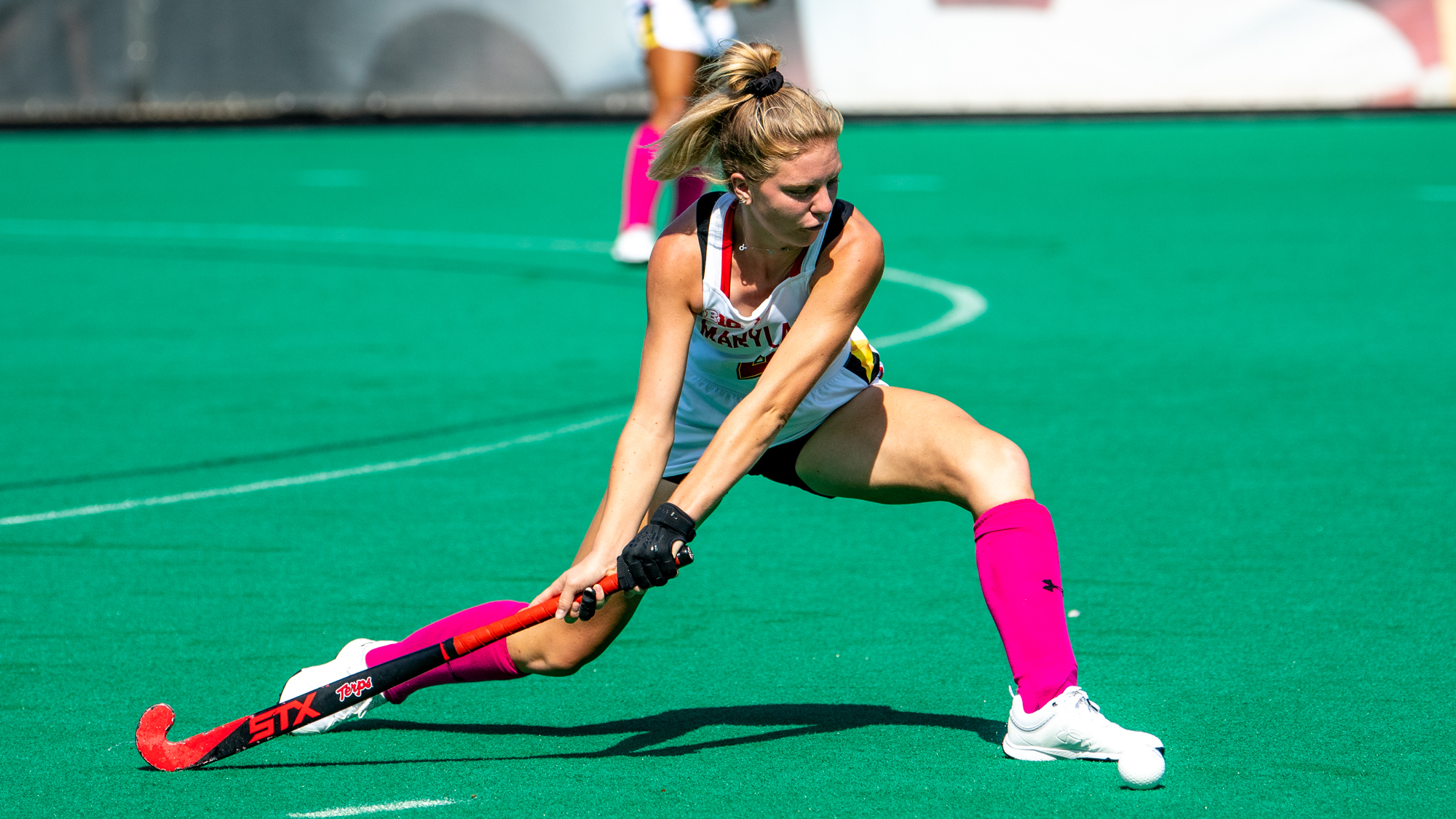 Missy Meharg said her defense was outplayed after No. 2 Maryland field hockey’s loss to Penn State Friday, its second defeat of the season.

The schedule didn’t soften as the Terps looked to keep a losing streak from starting. No. 5 Virginia presented similar problems the Nittany Lions did, featuring one of the ACC’s top offenses — one Maryland could have had trouble with.

In response to being overmatched a week ago, the Terps’ backfield responded with one of its best performances of the season. The unit prevented a heavy volume of Cavalier shots, and interceptions in the midfield allowed offensive opportunities that Maryland capitalized on to avoid dropping consecutive games with a 2-0 win.

“This is how we can play defense,” Meharg said. “This is how we have been playing defense. I’m just happy for the group that we were able to practice it and do it against a super attacking team that never really generated any sustained attack.”

Maryland scored first with a late first quarter Riley Donnelly penalty corner goal. But unlike in its recent loss, it didn’t follow the score by allowing five unanswered goals.

Virginia earned its first and second penalty corners early in the second quarter. An unsuccessful first try kept the score at 1-0, then miscommunication on the second led to a goal for the opposite side.

The Cavaliers’ insertion wasn’t collected as two attackers darted in opposing directions. The miscue gave the Terps’ midfielders and forwards possession with a three-on-one advantage, leading to an easy Hope Rose goal.

Rose was in the starting lineup Wednesday for the first time since Sept. 25 after missing five games with a foot injury. She returned to action Friday as a reserve and on a minutes restriction.

The goal was the sophomore’s first since that Sep. 25 game, a 7-2 win over Michigan State. She finished with 48 minutes played, nearly identical to her average throughout the season.

“She definitely brings a lot of energy, a lot of speed to the forward line,” Riley Donnelly said. “She’s just a crafty and skilled attacker, so it’s great to have her back.”

While Maryland’s defense played aggressively in the midfield, Christina Calandra anchored the backend. The senior goalkeeper made her first start in net in nearly two months. She earned the role back after a good week of practice, according to Meharg, and took over for Paige Kieft midway through Friday’s loss.

“Our coaching staff and our leaders just felt that it was a good time for a change,” Meharg said.

Calandra notched three saves to keep Virginia scoreless in the first half and finished the game with four. She kept the opposition scoreless on four penalty corner tries, highlighted by two stops on the same corner try late in the third quarter that could have cut the lead in half.

“I’m just happy I could step up to the plate and help my team out,” Calandra said.

The Cavaliers’ defense was equally, if not more, stifling as the home squad’s. The Terps were outshot 6-5 in the first half, failed to get a shot off in the third quarter and took just two in the fourth, but won the battle between former ACC rivals and top-five teams despite a subpar offensive performance.

Courtesy of a backfield that looked incompatible to what was put on display Friday and Calandra’s second shutout of the season in her long-awaited return to the starting lineup, Maryland stayed undefeated at home in its final regular season game in College Park, finishing with a perfect home record for the second time in the last four seasons.