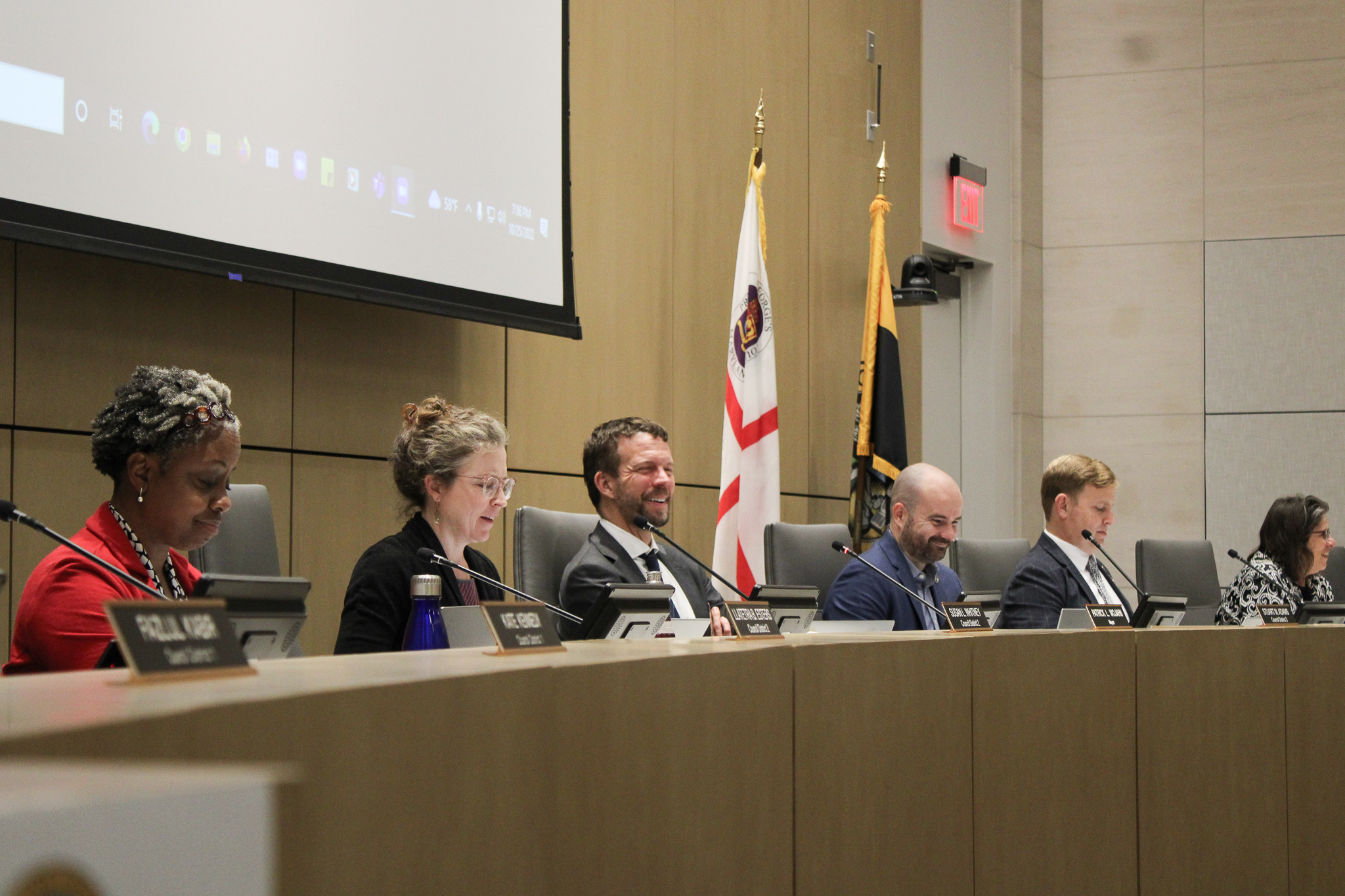 Members of the College Park City Council during a council meeting on Oct. 25, 2022. (Giuseppe LoPiccolo/The Diamondback)

The hearing will be held at 7:30 p.m. in City Hall, followed by a council meeting where the council could make its final decision. Council members are encouraging the public to send them comments on the maps before Nov. 15 or to say them during the hearing.

The Oct. plan is concerning for District 1 council member Kate Kennedy. Under the new map, District 1, encompassing North College Park, would have almost three times more voters than the other council districts despite having the smallest population. Individual votes in District 1, for city council and other district-based policies, would have less weight than a vote in other districts.

Kennedy also said the Oct. Plan One map would make it more difficult for non-incumbents to win elections because they would have to win over more voters.

Valerie Graham, the council’s student liaison and a member of the redistricting commission, said Oct. Plan One was all of the student representatives’ least favorite of all the maps proposed. The map cuts through campus, separating campus communities, and could make student voting even more difficult, according to Graham.

District 4 council member Maria Mackie emphasized that students are residents of the city by law and therefore, have to be considered in every district.

District 3 council member Stuart Adams is concerned that Map 3A, one of the five original commission maps, will put too much of the city population in his district. Two housing developments that are coming to the district and are not included in the map’s population estimates could bring about 1,000 more residents, he said. The proposed map makes District 3 have about 300 to 900 more residents than the other three districts.

“The essence of redistricting to a large regard is one person, one vote, and that’s the main concern,” Adams said.

Immediately after the public hearing, the council will likely vote on which map will determine the new city districts before the end of the year, but can also choose to push the decision to a later meeting.