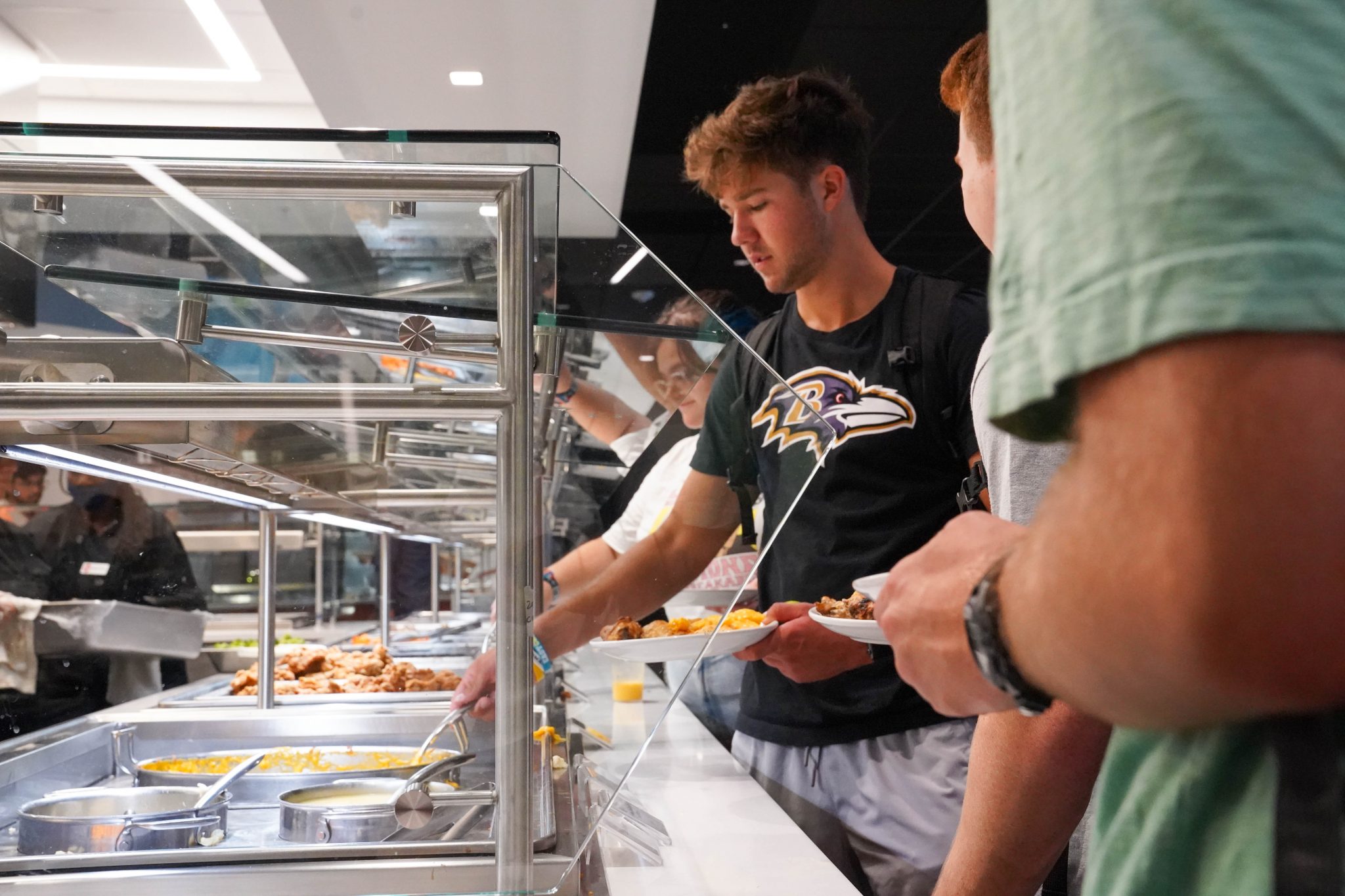 By Rory Harmon and Adam Hudacek
For The Diamondback

The University of Maryland’s newest dining hall, Yahentamitsi, has presented challenges to vegetarian students with mislabeled food and scarce options.

Eight years ago, Melanie Morford began her journey as a vegetarian. After almost a decade of dedication, her lifestyle would be interrupted on Sept. 5, when a mislabeling error mistakenly caused her to ingest meat at Yahentamitsi Dining Hall.

“It was a pasta dish that they had labeled [as] being vegetarian,” the freshman enrolled in letters and sciences said. “I realized after a couple bites that it had meat in it.”

Morford’s experience was not singular. Amedeo Rosenfield, a freshman aerospace engineering major, had a similar confrontation with meat in Yahentamitsi. Also a vegetarian, mislabeling caused Rosenfield to ingest meat during his second week of classes.

“It was a pasta with white sauce,” Rosenfield said, “It said vegetarian, so then I got it. There was chicken in it.”

Morford and Morgan Carnell, a freshman kinesiology major, expressed their overall disappointment with the vegetarian options available in Yahentamitsi, specifically its lack of variety.

[Is lab-grown meat the future of animal agriculture?]

“It’s mainly just carbs. There’s not very much fake meat at all being used, which is definitely something that I think has become a bigger norm when you’re trying to eat vegetarian,” Morford said, “It could be a lot better.”

Dining Services spokesperson Bart Hipple said he is aware of the mislabeling issue and the problems it can cause students, calling it extremely unfortunate. He explained their process for the counter card labels is thorough and leaves little room for mislabeling errors.

The cooking, marketing and nutrition teams all have their eyes on the counter cards before they are placed, Hipple explained.

“It’s a multi-step vetting process,” Hipple said. “Each group of these three people has had their eyes on the cards three times before they’re printed.”

Even with these processes, students expressed their concerns about eating at Yahentamitsi moving forward.

“I am a little skeptical about the labels of whether or not the foods have meat in them or not,” Carnell said.

Rosenfield advised students with dietary restrictions to only eat food at dining halls if they know for sure what is in it.

Some diners have said these incidents have left lasting impressions that have influenced their dietary habits at Yahentamitsi moving forward.

Hipple explained dining services at Yahentamitsi and other locations throughout the campus are growing and learning from experiences like these and always strive to improve dining options for students.

“It’s all an evolutionary process. We want to have the vegetarian experience to have good flavors but also real good nutrition. We want there to be enough variety and change day to day,” Hipple said. “That’s how they eat and we need to be able to provide them seven days a week with good food.”