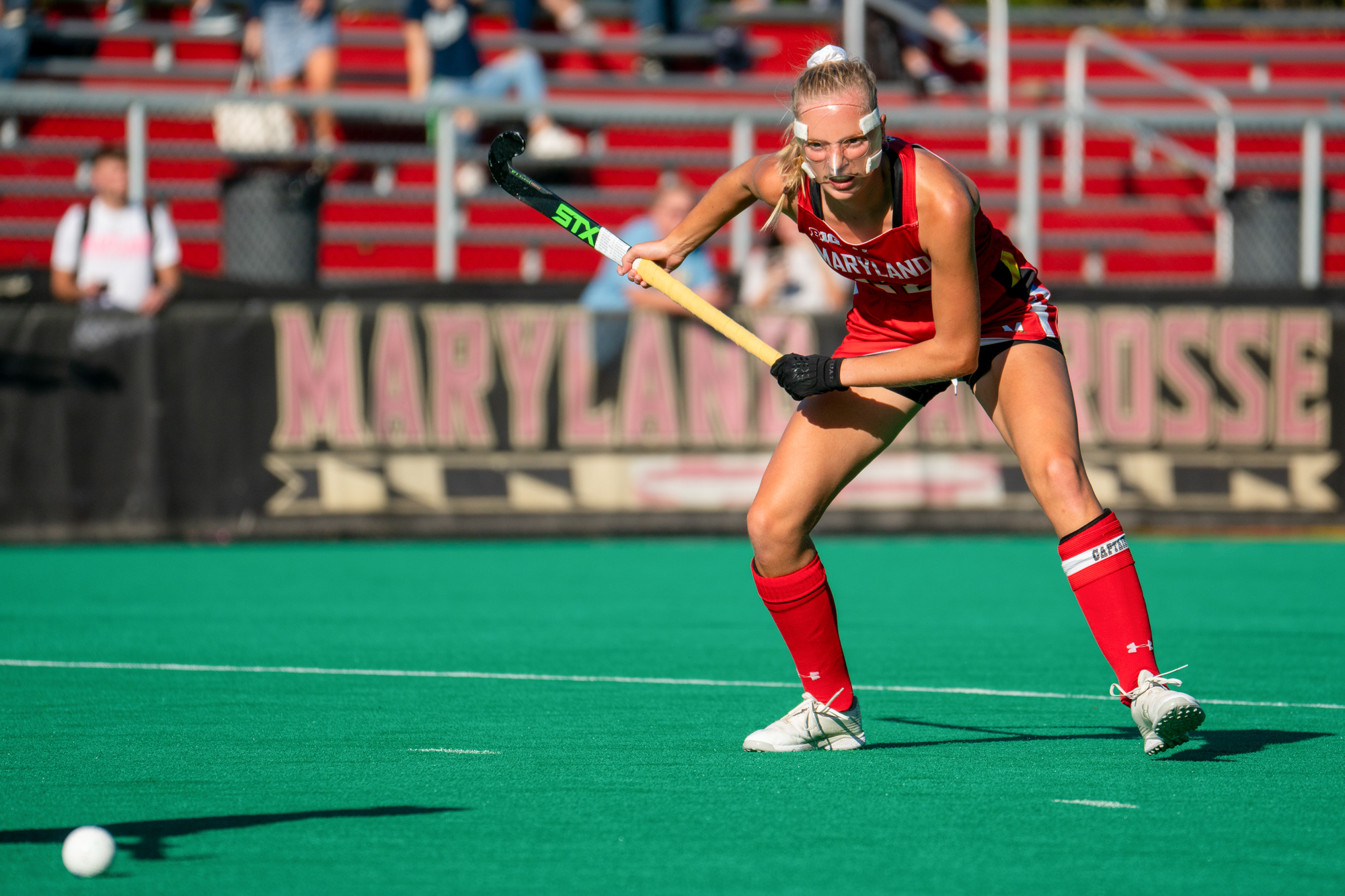 Leah Crouse scored early in the fourth quarter of Maryland field hockey’s contest against Rutgers to put the Terps on top, 2-1, with slightly more than 10 minutes to play. Maryland trailed for the majority of the game, but with two scores late in the third and early in the fourth, it found its first lead.

Bibi Donraadt scored to double Maryland’s advantage moments later. The lead appeared insurmountable with only five minutes remaining and a Rutgers offense that attempted only four shots through the first three quarters.

Unbeknownst to either side, Donraadt’s score kicked off a five minute stretch that featured four total goals and two lead changes.

The Scarlet Knights cut the Terps’ lead in half with four minutes left after pulling their goalie to get an offensive advantage. They scored again two minutes later, tying the game at three with two minutes to play.

“When you pull your goal and you have that extra number of player, you can really just get dominated on your backhand side,” coach Missy Meharg said after the game.

Maryland and Rutgers were on the brink of overtime to decide if the conference regular season title would be claimed on Sunday or put on hold for another week. Crouse and the Terps’ forwards made a final push toward the goal cage with less than a minute to play looking to avoid the extra time.

Danielle van Rootselaar hovered at the top of the shooting circle and found Donraadt inside. She fed to Crouse, who fired a slap shot that was blocked but allowed Crouse to tap in a second attempt on a rebound with little resistance, putting Maryland on top to cap off the frantic conclusion to the battle of conference rivals.

A swarm of Terps rushed to huddle in celebration at midfield, then once more on their sideline, lifting the conference title trophy while donning commemorative hats and T-shirts.

“This team’s amazing,” Meharg said. “They find a way to win.”

Crouse led with two goals to bring her season total to nine. Donraadt also notched her ninth goal of the year off of a Maura Verleg assist. Margot Lawn ended the offense’s silent afternoon with their first goal in the third quarter, assisted by Riley Donnelly.

“It’s very special, certainly for [Donraadt] and [Donnelly] who are fifth-year Maryland COVID seniors,” Meharg said. “They made a decision to stay here. You want to stay here, so you can put your team in position to win championships. This is the first step.”

The win marked Maryland’s 14th this season as it rolls toward a potential one-loss season, which would be its fewest losses since a 23-1 campaign in 2010.

It also kept the Terps unbeaten both in conference and at home this season. An 8-0 Big Ten finish in 2015 was the last time Maryland finished a regular season conference slate without a loss, and it’s been more than a full year since its last home defeat.

No. 4 Penn State, who sits second in the Big Ten standings at 5-1, awaits the Terps next. It’s their final battle with a conference foe and antepenultimate regular season game overall with Virginia and UConn on the docket to wrap up regular season play.

A win over Penn State Friday will give the Terps full claim to the title. A loss would keep the Nittany Lions, who battle Rutgers in their final regular season game, in the race. The title would be divided if they win their final two games.

Meharg and her team’s goal throughout the regular season has been to claim the 15th regular season title in program history, which in turn gives them the No. 1 seed in the conference tournament.

The win that gave Maryland at least a share of the title looked eerily similar to a postseason come-from-behind victory more than a decade ago, Meharg said. She likened it to the Terps’ 2011 National Championship win against North Carolina, when they scored the equalizing goal as time expired in the fourth quarter and went on to win in overtime.

If Maryland has hopes of reaching the same stage in 2022, wins like Sunday’s breed toughness that will be instrumental to overcome even the most hectic adversity.

“The resilience, the fortitude, the collectiveness to believe that even having two goals scored against you in such a short amount of time, to go down and find a way to get a final goal is just a testament to their character,” Meharg said.