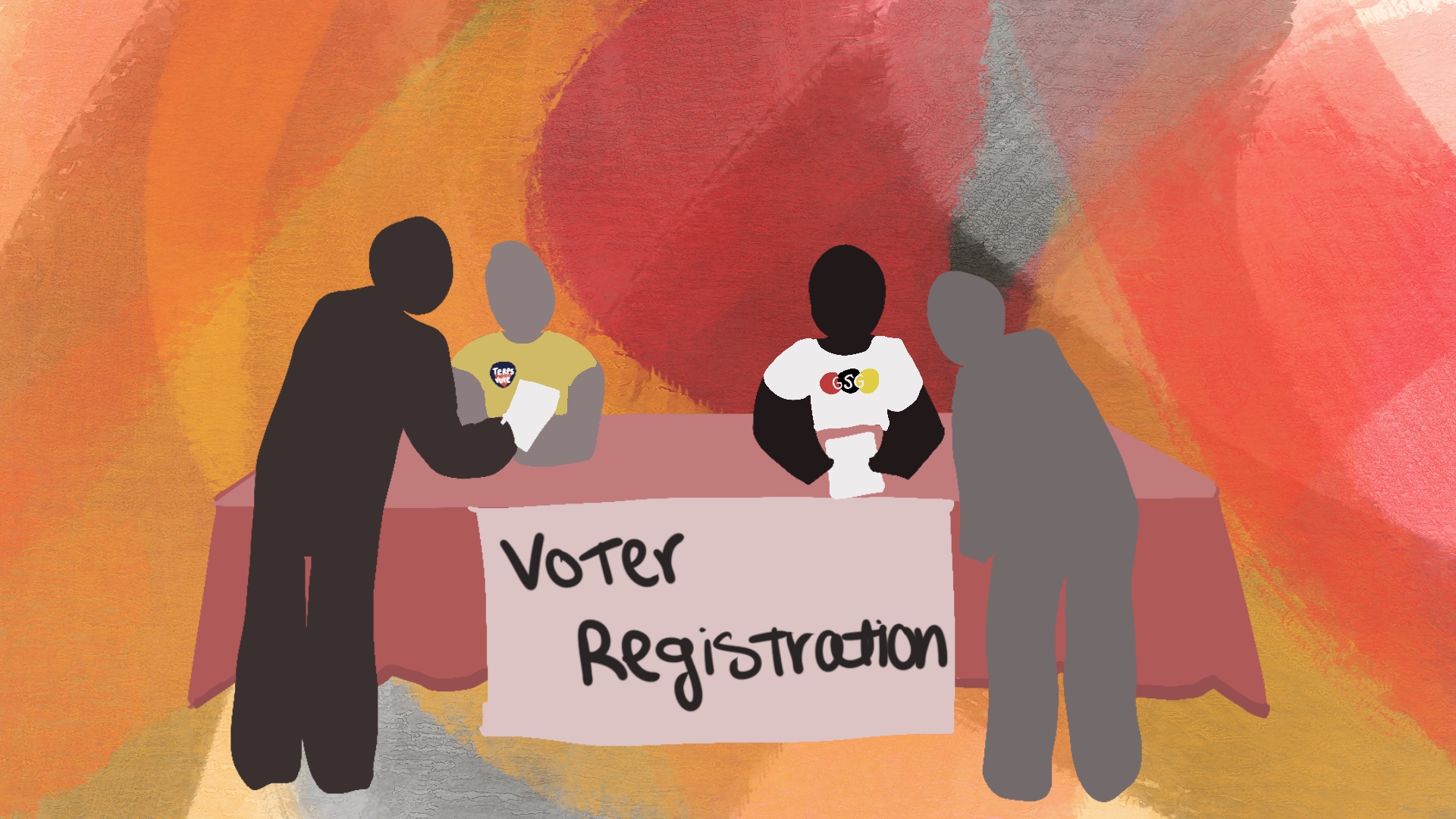 The University of Maryland GSG is partnering with TerpsVote to increase graduate student voter turnout ahead of the midterm elections.

In the last midterm election in 2018, 35 percent of this university’s eligible graduate students voted, according to a report on this university’s student voting rates by the Institution for Democracy and Higher Education at Tufts University.

When TerpsVote reached out to Graduate Student Government President Joey Haavik with the hopes of partnering with the organization, he was startled by this statistic.

“It was just very shocking to me that graduate students, people who arguably are already critically engaged in whatever their field of study is, are somehow disengaged from the civic and democratic process,” said Haavik, a graduate student in the international education policy program.

Naomi Cohen, one of the leaders of TerpsVote, is the social action and democratic engagement coordinator in the leadership and community service-learning office at Stamp Student Union.

“The goal of the partnership was to really figure out why graduate students vote at lower rates,” Cohen said. “So really, understanding why and then also having some actual targeted messaging coming from other graduate students about voting in the upcoming elections.”

Because it is midterm election year, all of the issues and candidates on the ballot relate to local and state positions rather than federal issues. Compared to 35 percent in the 2018 elections, 50 percent of eligible graduate students voted in the 2020 election, according to the same report.

This is a midterm election, so there is less “buzz” in communities about it, Haavik said.

In addition to a lack of media coverage for midterm elections, students are sometimes too busy to think about voting, Cohen said.

When it comes to graduate students, Haavik added many of them are too immersed in their work to even make a voting plan.

Cohen said urging students to vote is more powerful when it comes from people they are familiar with.

The TerpsVote partnership includes pop-up registration booths at events, such as the GSG’s abortion access fair, and spreading TurboVote to more graduate students.

TurboVote is a tool that helps people register to vote, check their registration status and learn how, where and when they can vote no matter their state of residence. TerpsVote has a contract partnership with TurboVote through 2024.

Haavik said the GSG has been working on sending the TurboVote link to as many places as possible where graduate students will see it, such as reaching out to different departments and offices on the campus.

The GSG is also working on publishing voter guides with information about candidates and potential policy questions that are also being voted on. Their work will primarily be for Maryland voters, but the GSG is trying to figure out where out-of-state students live to assist them as well.

For out-of-state graduate students who don’t change their residency, there’s a disconnect between where they live and where they are registered to vote, Haavik added. They are less likely to know or be educated on the issues they would vote on for their home state.

Samuel Heller, an applied political analytics graduate student, said although much of the burden of researching local issues and candidates falls on the students themselves, the GSG and TerpsVote partnership could assist in this process.

Heller said if the partnership highlights policy issues relevant to graduate students, the students will be more likely to look into them and decide how they want to vote.

“There’s a lot of policies, especially in the state of Maryland, that affect graduate students specifically. One that I can think of, for example, that’s come up for vote a lot is allowing students to collectively bargain,” Heller said.

Haavik said there are many issues on the ballot that will directly impact people’s futures, such as climate policies and the issue of reproductive justice, so graduate students should be engaged.

“Graduate students are part of a community of people that are moving into the workforce. Most graduate students are in graduate school, number one, to learn more about their field of study, but also to apply it to whatever their future jobs are,” Haavik said. “And our civic and political leaders have direct impact on what those jobs may be.”