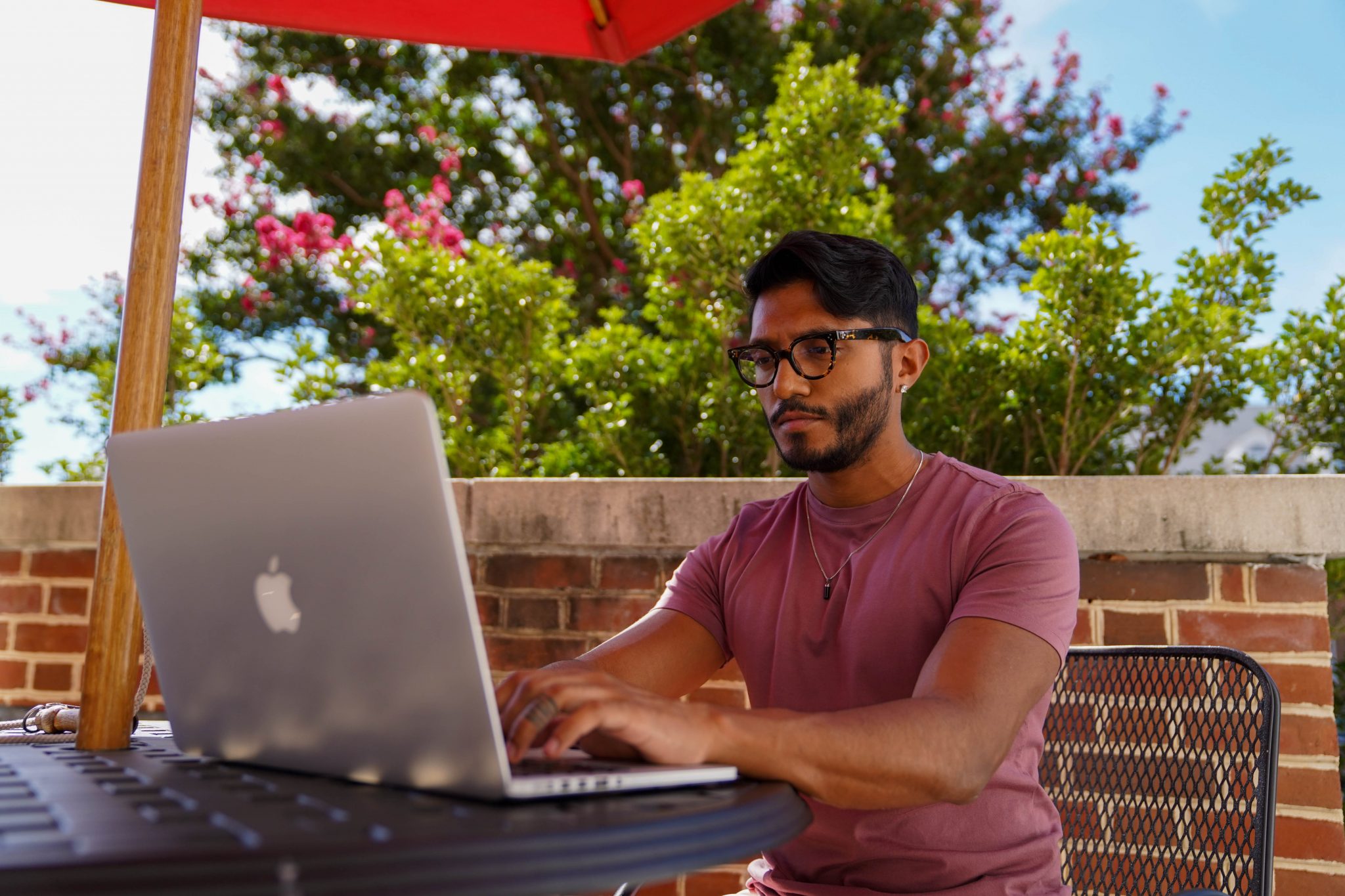 Redowan Kabir Kaushik, a graduate student in the architecture school, poses for a portrait outside of the Stamp Student Union. For international students such as Kaushik, higher stipends could alleviate financial barriers such as visas' strict working hours and limited family support. (Frances O'Connor/The Diamondback)

Even after recent stipend increases, graduate assistants are picking up extra jobs, taking out loans and living in poor conditions to make ends meet.

In April, the University of Maryland announced that effective July 1, 2022, a 3 percent cost-of-living adjustment would be added to all GA stipends along with a 6.1 percent increase on all of the minimum graduate stipend levels.

Many graduate assistants believe it’s still not enough. Between housing, health care, food and other expenses, many GAs live paycheck to paycheck.

Affordable housing near campus continues to be a key struggle. Several students report using nearly half of their monthly pay to cover rent and utilities.

Jang, a GA for Bias Incident Support Services, explained even inexpensive options around the campus are not drastically cheaper than luxury housing, and have issues such as flooding and roach infestations.

Graduate students are also concerned about the cost of health care. GAs with full or half-time appointments can enroll in this university’s employee health benefits program, or they can enroll in the student health insurance.

When Hope Fagundes, a GA for the student engagement office, first saw the employee benefits rates, she chose the cheapest possible option — one that didn’t cover prescriptions. However, she quickly realized she required prescriptions regularly and paying out of pocket was too expensive. Now, she’s waiting for open enrollment to change her plan.

Last year, Jang was a resident director for the fraternity and sorority life department, which was an assistantship that covered their housing and meal plan, so they were able to afford the student health insurance plan. But this year, Jang chose not to re-enroll in the program because of price increases amounting to hundreds of dollars — they would need more than two paychecks to cover the new cost.

Now, Jang’s resorted to being on their parents’ health insurance, which has led them to sacrifice some of their health needs. Instead of going to the psychiatrist every month to monitor some of their new medications, they only go every two to three months to save money.

International graduate students can face even more of a financial burden. While some students can overload and work 10 extra hours per week, international students aren’t allowed to work more than 20 hours while classes are in session due to federal law, so stipends are their only regular source of income.

“You’re in a new country, a new culture, new language and studyload … and then on top of that, the financial pressure can be a lot,” said Redowan Kaushik, an international student from Bangladesh studying community planning.

Kaushik’s program requires him to take two more credits than his remission covers per semester, so in addition to health insurance, food, rent and student fees, he is forced to pay for those credits out of pocket.

Because of the legal limits of their working hours and the lack of family support, Kaushik thinks international student stipends should be different from domestic students, given international students can only bring a certain amount of money from their home country to support them.

Fagundes, a second year student affairs graduate student, said she is thankful for the increase in pay but still makes only just enough to live on, even after splitting costs such as food and rent with her partner.

“I’ve just been breaking even. I don’t save money. I don’t make money,” Fagundes said.

Fagundes and Kaushik say the university needs to be more in touch with the needs of GAs. Meeting with graduate students to discuss pay and expenses, or putting resources into a survey of student expenses to better understand their financial situations, could help the university better accommodate students.

Although GAs work in various departments doing all kinds of jobs, they feel the university as a whole still doesn’t understand or communicate well with graduate students.

“I have so little faith in all of these administrators,” Jang said. “I don’t think they care about us as people.”