Review: ‘Being Funny in a Foreign Language’ delivers the sound 1975 fans have been craving 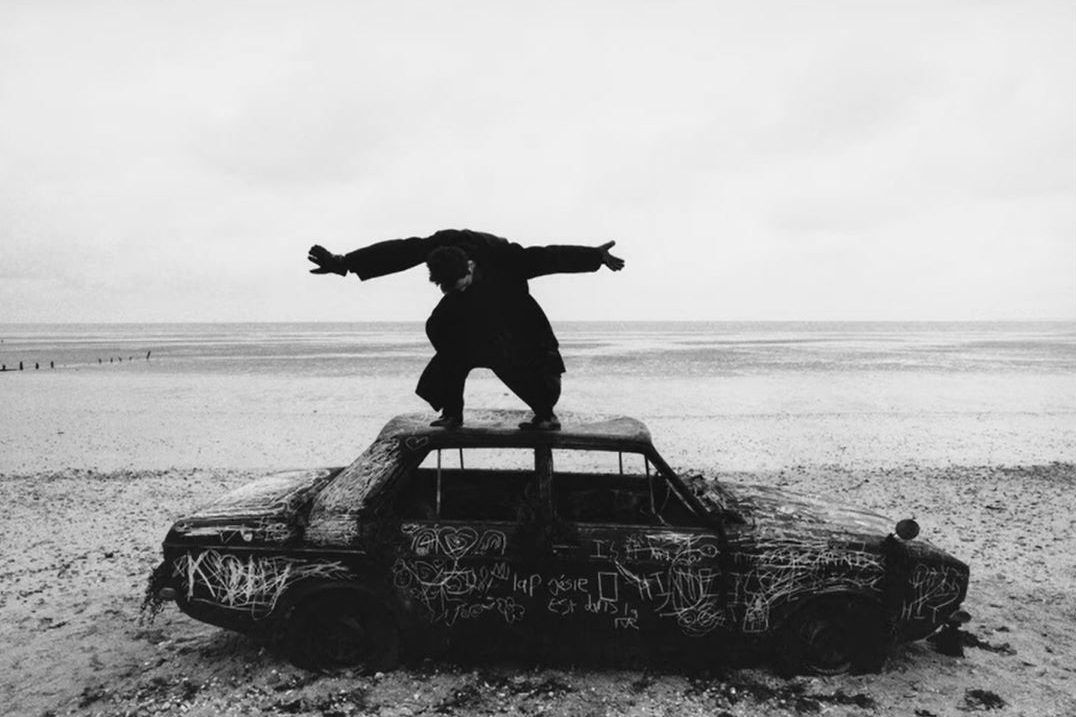 Famously boastful Matty Healy has called his band The 1975 “the biggest band in the world.” To that, I disagree.

Being Funny in a Foreign Language, released Oct. 14, is the British pop-rock band’s first album since 2020’s Notes on a Conditional Form — which was somewhat of a let down following 2018’s A Brief Inquiry into Online Relationships.

The latest album redeems the band’s confident image and cements them as a group that relies on reinvention to stay relevant.

Being Funny in a Foreign Language is both a return to form and a complete departure from the norm for The 1975. When hints about the band possibly dropping their fifth album began popping up in June, some fans online posted about their hope for the record to sound like the band’s first album, The 1975.

Honestly, as someone whose preteendom was marked by listening to “Girls” and thinking the titular 17 and a half-year-old girl was old, I understand. Notes on a Conditional Form was definitely different from their usual synth-poppy material but, at least for me, did not scratch The 1975 shaped itch in my brain. Luckily, The 1975’s newest album does.

It harkens back to the band’s self-titled album days more so than their past few albums and yet it also seems like a new direction for the band.

Perhaps a reason I have found the new album so appealing is due to its collaboration with pop’s bestie: producer Jack Antonoff. The Bleachers frontman has produced for Lorde, Clairo and a tiny artist, Taylor Swift. Some have called Antonoff’s work formulaic. Pitchfork’s Quinn Moreland cited his frequent use of “nostalgic guitars and string arrangements” and “swelling choruses.”

I won’t lie to your faces — this album does have all of those things. But, it works for the band that constantly tries to reinvent its sound while being one of the most popular pop bands of the last decade.

The 1975 is simply in its sad girl era, and that is okay. Some critics may take issue with the somewhat repetitive sounds and the silly lyrics that punctuate the album. I will admit that sometimes it grew a little tiring listening to variations of a theme. Being Funny in a Foreign Language is still  a fun album that provides a solid listening experience.

The album, like all of their past ventures, begins with a song titled “The 1975.” This flavor of the song is touched with a tinge of folk influence, setting the scene for a chiller album overall. It was one of my favorite iterations of the opening song and it gave direction to the album’s sonic structure.

Another favorite song of mine “I’m In Love With You,” which was released as a single in September. The song is rife with catchy choruses and upbeat guitar riffs that encourage repeat listening. The standout song, unexpectedly, is “About You.” Not released as a single, I was not expecting for it to grow in popularity.

I eventually found out via the Spotify Story feature and Twitter that  “About You” is supposed to be a continuation of a fan favorite song, “Robbers.” Music-wise, this is an evolution from the overly-synthy and devastating nature of “Robbers” from the self-titled album. Instead, “About You” relies on the swelling nature of “Robbers” but combines it with the folky feel in Being Funny in a Foreign Language. Together they are a match made in heaven. I find it sweet that the now-mature people who fangirled over “Robbers” are getting an equally mature song in “About You.”

The 1975 are controversial. Matty Healy boasts about how amazing the band is in every interview. The 1975 has been critiqued for letting its egos overshadow music some call basic pop. While I do not directly disagree with these critiques, the band and this album in particular, need to be put in context.

The 1975 is important for nostalgia and fun listening quality. They make good music to feel emotion to, to dance or to cry to. Sure, The 1975 may not be the Beatles or the Rolling Stones, but was it ever trying to be? Okay maybe The 1975 want to be. Either way, we can laugh at their egos but still relish in the genuinely enjoyable pop music they produce. The 1975 is a band whose mid-tier music is still catchy and whose amazing songs will blow your mind.