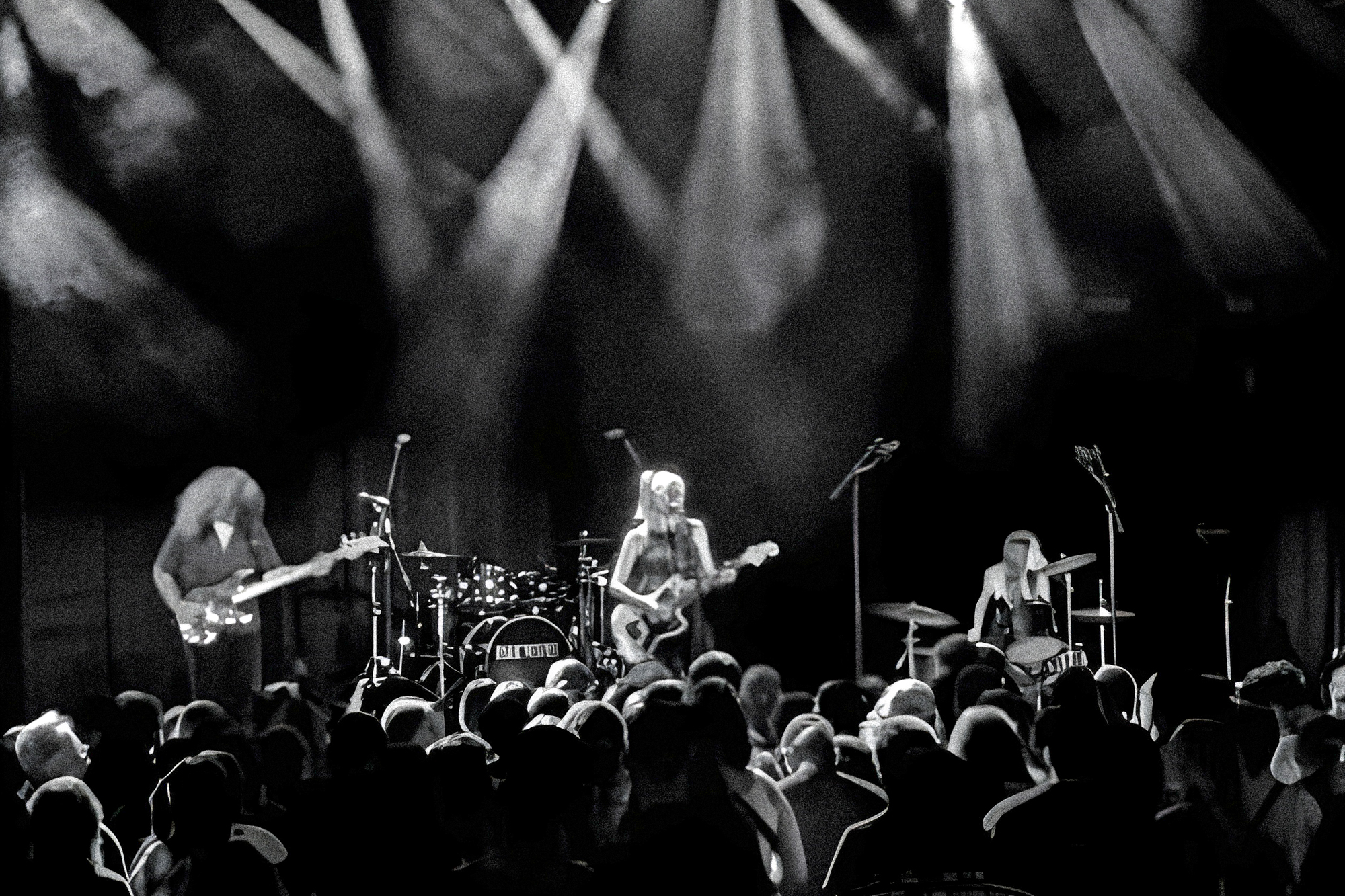 Emily Yaremchuk had already performed all over Washington, D.C., with her band Grady before she stepped onto the stage of the Howard Theatre.

The band has played at venues throughout D.C. — DC9 Nightclub, Pie Shop, Slash Run and The Runaway. Yaremchuk felt fearless.

Yet, when she saw all the people there, pressing against the stage to see Grady, she felt genuine nerves for the first time.

“Shit,” Yaremchuk remembered thinking, “We’ve got to get out there and do this!”

And soon enough, those feelings of fear would melt away.

“As we started playing, it was just magic,” Yaremchuk said. “Hearing the crowd, a room of five-six-seven-hundred people, react to your music … that’s a new experience.”

Grady is a self-described “Girl Powered Pop Rock Trio” consisting of vocalist and guitarist Yaremchuk, drummer Samantha Collings and bassist Will Salzmann. In terms of the band’s sound, Collings describes it as power pop and pop rock with late 90s and early 2000s influences.

“We always joke that our goal is to be able to fit into the soundtrack of any iconic teen movie of that era or shows, like Sabrina the Teenage Witch,” she said. “The band that you would see at their homecoming dance or special episode.”

Both Yaremchuk and Collings said there are enough punk elements in their music that they consider it punk-influenced but not enough to consider it pop punk.

“There’s also an undeniable influence growing up right outside of D.C. and the really iconic punk scene there,” Collings said. “It’s made its way into our music just because it’s kind of what we all grew up being surrounded by.”

The “girl powered” aspect of the band comes from the friendship between the two women of the band, according to Collings. As a person who grew up in a music scene that was predominantly male, Collings and Yaremchuk decided to do something women would love.

“For a majority of my music career I was really only playing for men,” Collings said. “A lot I was getting was like ‘you are really good for a girl,’ ‘you are a contender here,’ ‘you can hang with the guys.’ I didn’t realize that I was yearning for community with my peers and other women.”

Collings’ hope for a female music community showed promise after the Howard Theatre performance. Many young girls came up to her and said they loved her on the drums and wished they could do that, too.

“It’s my favorite thing to hear people say that because I get to say, ‘You totally can do that,’” Collings said. “I don’t just have to be ‘good for a girl’ or a novelty.”

Grady hasn’t released studio recordings yet. They’re working on scheduling a time to record their album but it’s been difficult while facing the curse of being a local band — having day jobs.

“It’s all live-exclusives right now,” Collings said. “If you want to hear it, you’ve got to come meet us, hug us first.”

There are several songs the band is excited to share with its audience. Salzmann said he looks forward to their songs “Pemberley” and “Big Red,” the latter of which is his favorite to perform.

“It’s really fast, it’s really in your face, it’s really punk rock,” he said. “[Collings] and [Yaremchuk] have these killer harmonies at the end that bring this explosion to the end of the song.”

The band members said they’re excited for their performance at The Pocket on Thursday, the first show they’ll headline.

“It’ll be super, super fun to headline,” Collings said. “We love closing off the night. It’s cool to watch everyone get super hyped up from the other bands … [and] close that out.”

Grady plans to play more shows after its performance at The Pocket, including appearances at DC9, Pie Shop and Quarry House Tavern. The band also hopes to have its album recorded and ready to tour by next spring.

“If you’re interested in live music, maybe even if you don’t really go see shows, come out to one!” she said. “I feel like our shows tend to be fun and a pretty relaxed, inclusive environment and you might like it.”

“I’m just very excited for what the future holds,” Salzmann added. “Very excited to get in the studio and continue kicking ass live, just doing our thing.”