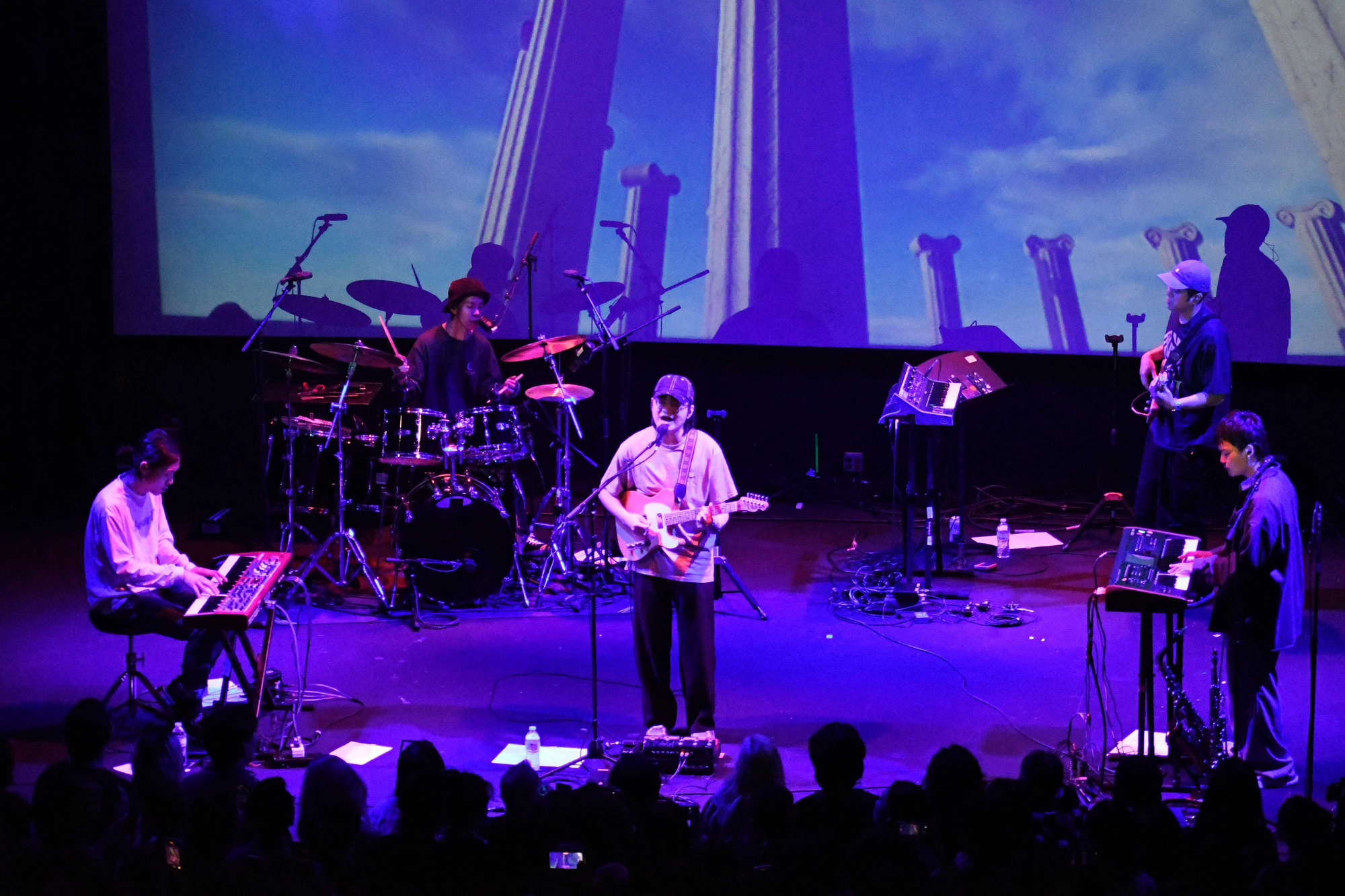 The Howard Theatre was packed Friday night. From the edge of the stage all the way to the bar, what had to be hundreds of people filled all the space the venue could provide. People even occupied most of the private seating on the second floor.

It was a sold-out show, and I only managed to get in through an invitation.

What kind of band could attract such a big crowd? Sunset Rollercoaster.

Taiwanese soul-psych band Sunset Rollercoaster headlined the concert with 9m88 as the opener. Though the two performances were different in genre and sound, I was amazed by how hooked I was to both of them.

9m88 — pronounced “Jo-m-Baba” using Mandarin for 9 and 8 — performed a set  I can best describe as pop with elements of jazz and R&B mixed in. Probably the best vocalist of the night, her voice was smooth and soothing in a way that had people around me swaying back and forth. I believe 9m88’s vocals were great enough that it could have probably carried the whole performance by itself.

To give you a feeling of what her sound is like, it reminded me of the R&B music I used to listen to as a little kid during the 2000s — the closest comparisons I can think of are pop icons such as Mariah Carey or Beyoncé. But I believe 9m88 also put a unique twist on the R&B and pop sound she was emulating that made her songs distinctively hers.

The most memorable 9m88 song for me was “Friend Zone.” That particular tune reminded me most of the 2000s and the music I felt so nostalgic about. As I’ve said before, her voice was amazing and really emphasized the feeling of unrequited love the song demands.

I would say the only downside of 9m88’s set was that it wasn’t longer. I definitely wanted more. But Sunset Rollercoaster was next, and they provided what I needed and more.

Sunset Rollercoaster didn’t even introduce themselves when they came onto the stage — there was no need to based on the loud eruption of roars that came from the audience. No, they just went right into their performance. It was only after the first song when the lead vocalist Kuo Kuo finally addressed all the people who came for them.

“What’s up, Washington, D.C.?” he said as hundreds of cheers came toward the band.

Their music, as Iris Vukmanovic described in a review of the band back in 2019, was euphoric. The synth-heavy and dreamlike sound was truly something to behold live. There’s really no way to explain just how good their set was as their rhythms traveled from the stage and filled the whole venue with delight.

And most notable about their sound was the amazing performance of Hao-Ting Huang with his two saxophones. It seemed that every time he picked one of them up and graced us with an energetic solo, fans from everywhere could not help but shower him in applause.

Besides their music, another aspect of Sunset Rollercoaster was their interaction with their Washington, D.C., fans. Between songs, Kuo Kuo would speak to the crowd, whether it was talking about how his favorite BBQ place in the city was still alive or briefly speaking in Taiwanese Mandarin to the people in the audience who could understand.

[Review: Even in the rain, All Things Go]

Though this might not be relevant to the music being played, the audience was one of the best parts of the concert. Sometimes the most wondrous thing about a show is when people raise their phones to record the performance. And when I stepped away from being close to the stage and decided to see what it was like up on the balcony, all those phones raised up by so many people looked to me like an ocean of dazzling stars.

I think my fellow audience members from that night would agree the name of the headlining band was an accurate description of what we felt that night. The two performances of that night were like a rollercoaster ride of emotions and sound, making it genuinely sad to see the sun set on such a beautiful night.

I can only hope that Sunset Rollercoaster and 9m88 come back to Washington, D.C., again as I cry myself to sleep listening to their music.