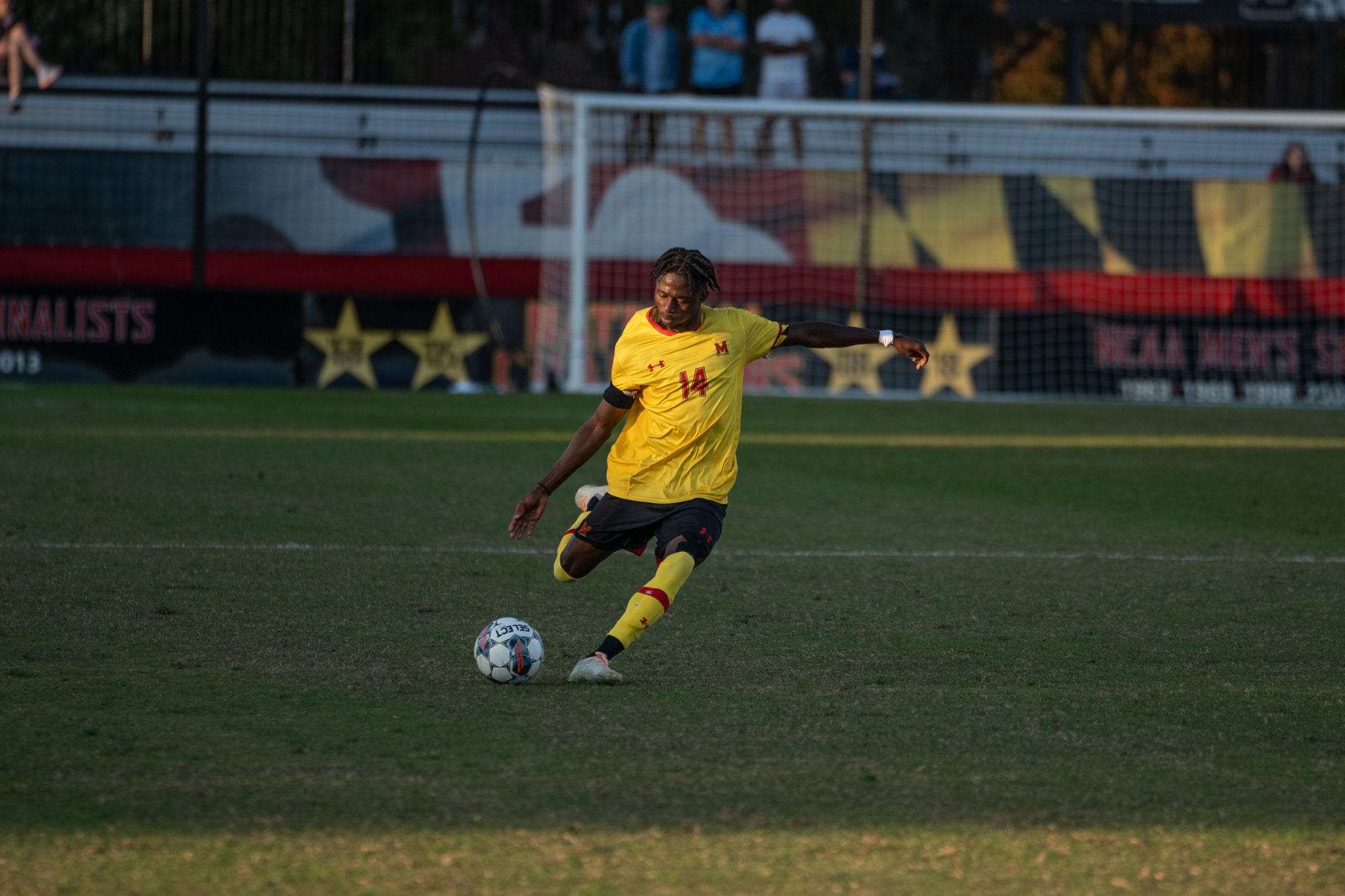 Maryland players streamed forward after the Terps won a corner kick with just under a minute to go.

Joshua Bolma’s cross fell to Griffin Dillon inside the penalty box. His strike caromed off the chest of a Badgers defender and away from goal, keeping the game level in its final moments.

No. 7 Maryland men’s soccer clawed back from two one-goal deficits, but couldn’t find the winning goal despite controlling play in its 2-2 draw with Wisconsin. The Terps outshot their opponents by 11, but eight saves by goalkeeper Carter Abbott kept the teams even at the final whistle.

“Obviously a very disappointing result on a night where I thought we might have been the sharpest we’ve been all year on the attack,” coach Sasho Cirovski said.

The Badgers struck early when Drew Brown tapped in an Aron Eli Saevarsson corner kick to give them the lead in the 12th minute. The Terps fell behind for the third game in a row after doing so against Rutgers and Northwestern.

“I was disappointed that we gave up the first goal the last two games,” Cirosvski said Wednesday. “We need to start the game on the front foot and hopefully find a way to get the first goal.”

Despite conceding first, Terps’ forward Stefan Copetti forced three early saves from the Badgers in the 10 minutes. Copetti made his second start of the season, lining up as Maryland’s striker.

Bolma played passes to Copetti for two of those opportunities and found German Giammetti in behind Wisconsin’s defense in the 37th minute.

The forward latched onto Bolma’s pass, but couldn’t get his strike past Abbott, who finished the half with six saves.

The Terps finished the opening 45 minutes with seven shots on target, the most they’ve notched so far this season. However, the Badgers’ lone goal was enough to give them a 1-0 lead at halftime despite holding just 37 percent of the first-half possession.

Copetti evened the match just over two minutes into the second half.

Alex Nitzl dispossessed a Wisconsin player in Maryland’s attacking half of the field. The ball fell to Bolma, who found Copetti just inside the penalty box.

The forward took a touch before he laced a strike into the top right corner of the goal to equalize for the Terps. He finished the game with a game-high six shots, four of which landed on goal.

“I had a bunch of good chances in the beginning of the game in the first half,” Copetti said. “[As] a striker I gotta kind of file the chances I miss and make the most of the ones I get after that.”

While Maryland was finally rewarded for its attacking play, it quickly fell behind once again.

Wisconsin’s first shot of the half found the back of the net, as Saevarsson’s strike beat Maryland goalkeeper Niklas Neumann in the 56th minute.

The Terps equalized for the second time four minutes after the Badgers regained the lead.

A Wisconsin header only partially cleared a Nick Richardson cross, giving Bolma the opportunity to control the clearance with his chest. He then found the bottom left corner with a half-volley to for the game-tying tally.

Bolma finished the game with a goal and an assist and created scoring chances for his teammates throughout the night.

Maryland outshot Wisconsin 17-6 throughout the match. But its late-game offense fizzled, with just three of those shots coming in the final 30 minutes as they dropped two crucial points in Big Ten play.

“That’s the harsh reality of soccer,” Cirovski said. “What matters most is how many goals you put in the net and that you keep [the other team] off the board … Today we were just unlucky.”