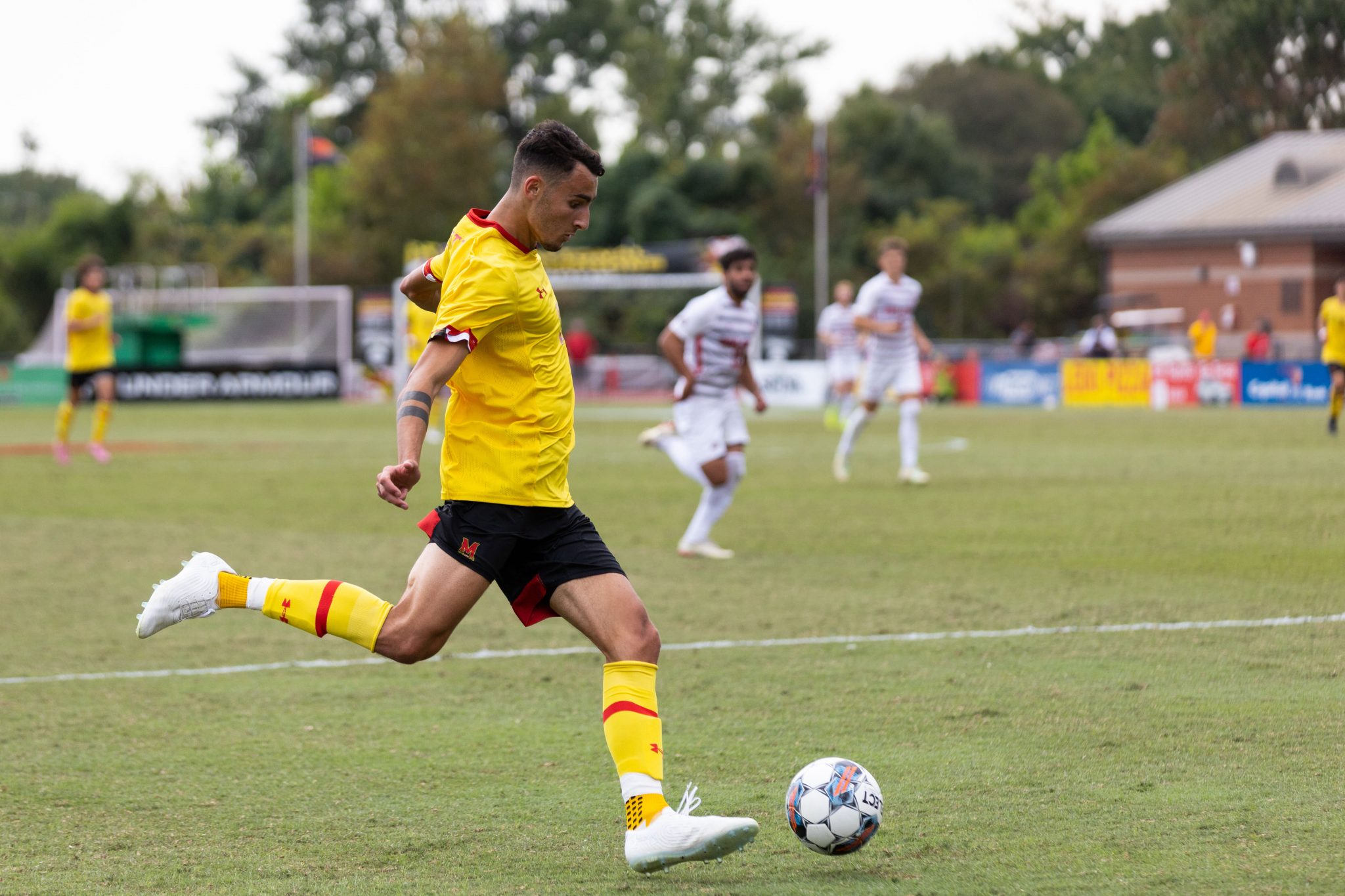 Maryland men’s soccer threw players forward in the final seconds of its match against Northwestern on Sunday.

Hunter George’s late shot was comfortably saved before Joshua Bolma was dragged down in the penalty box. The referee didn’t blow their whistle, leaving the Terps to complain to the officials after the final buzzer sounded.

After overcoming a two-goal deficit against Rutgers on Tuesday to take all three points, No. 8 Maryland men’s soccer couldn’t mount another comeback effort in a 1-1 draw against a Northwestern team that remains bottom of the Big Ten table.

The result leaves the Terps at the top of the conference standings with a three-point advantage over Penn State, who has played one fewer game than Maryland.

Both teams struggled to create scoring chances in the first half, combining for just three shots on target in the opening 45 minutes.

The Terps’ talisman Malcolm Johnston missed the match with a concussion suffered toward the end of the game against Rutgers, according to a team spokesperson. The Wildcats’ top scorer, Justin Weiss, and Vicente Castro, who leads the team in assists, both missed the game with injuries.

Maryland notched the only clear chance of the opening half in its final minutes, when Northwestern goalkeeper Christian Garner tipped Stefan Copetti’s header from close range over the net.

Copetti forced another save from Garner in the 50th minute after getting in behind the Wildcats’ defense. He attempted to lift a shot over the Northwestern goalkeeper, but Garner was able to palm the strike away.

The Wildcats almost took advantage of a William Kulvik mistake a minute later. Bardia Kimiavi raced behind Maryland’s defense but placed his strike just over the goal.

Northwestern broke through in the 61st minute after Jason Gajadhar won the ball in midfield and found Kimiavi out wide with his teammates streaking forward in transition.

Goalkeeper Niklas Neumann made a save from close range after Paul Son met the midfielder’s cross at the back post, but Christopher Thaggard tapped home his first collegiate finish to give the Wildcats the lead in the 61st minute.

The freshman forward’s finish didn’t help Northwestern hold the lead for too long, as Maryland equalized in the 74th minute.

Nick Richardson sent a low cross into the box that evaded multiple defenders and was met by a diving Stefan Copetti at the back post. The forward’s awkward header looped over Garner and found the back of the net to tie the game at one.

The Terps couldn’t beat the Northwestern goalkeeper for a second time, succumbing to the second draw of their conference campaign.