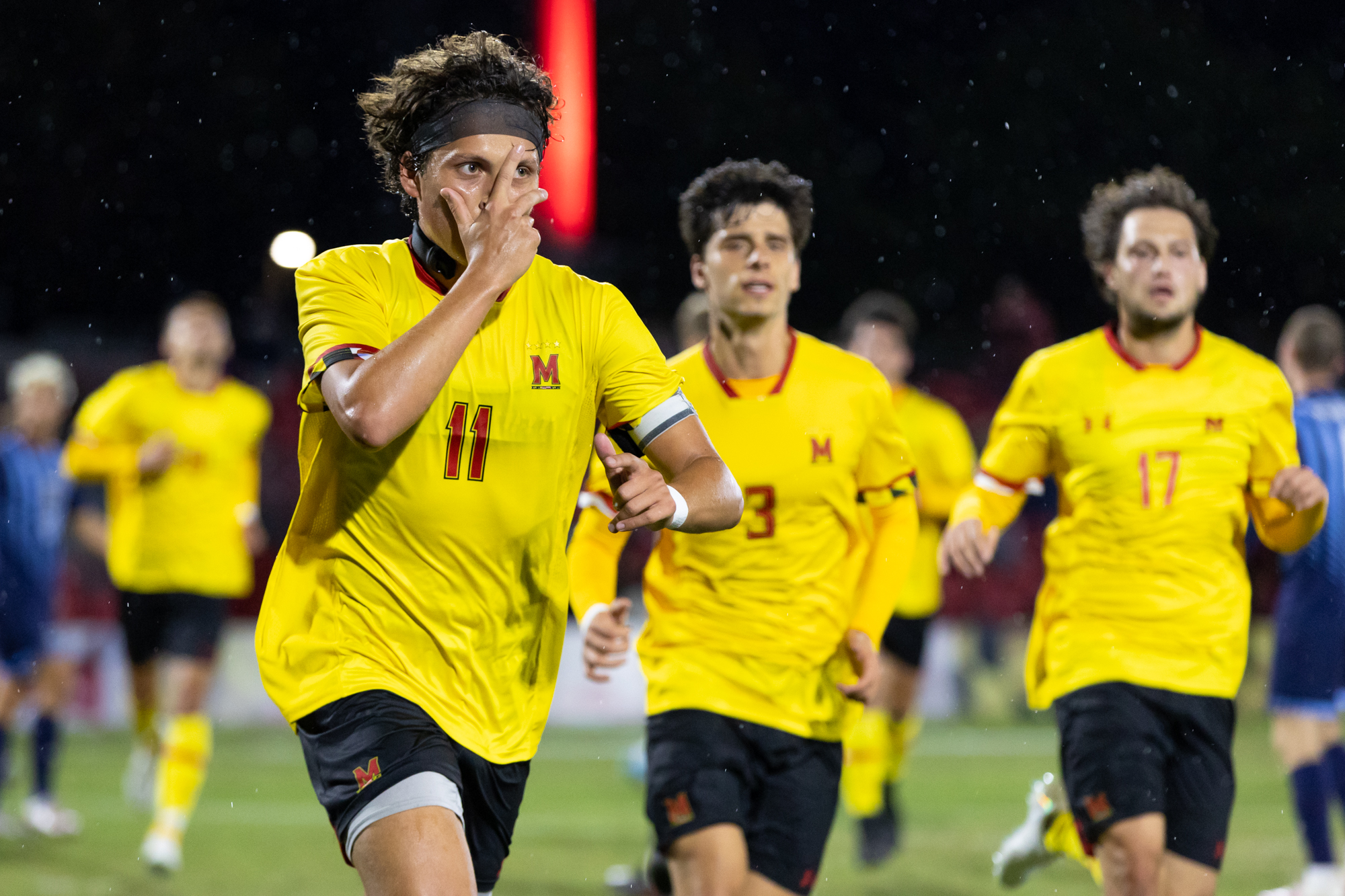 Malcolm Johnston’s penalty kick routine started with a stutter-step. The midfielder briefly paused before he took a slow stride toward the ball, swept his leg and fired a shot past Old Dominion’s goalkeeper.

Johnston’s score was the lone tally for Maryland men’s soccer in its 1-0 win over the Monarchs Friday, extending the Terps’ unbeaten streak to six games.

The penalty technique was familiar to Maryland’s goalkeeper standing in the opposite net.

“He steps up, gives a little stutter, gets the goalkeeper every single time. He gets me in practice, and I’ve been practicing with him for three years,” Jamie Lowell said. “He’s a clinical finisher.”

Johnston’s been the most prolific penalty kick taker in the country this season. While 152 players have converted on all of their attempts so far this year in Division I play, none of them have scored as many as Johnston, who has found the back of the net on each of his four attempts.

The Terps scored just five of their 11 penalty kicks over the last two seasons and had four different players step up to the spot each year. Maryland struggled to find a consistent taker in the spring and fall 2021 seasons, but Johnston stepped up to the mark and finished his only attempt in each of those two campaigns.

Johnston said he knew he’d be entrusted to convert on penalty kicks coming into this season. The senior practiced spot kicks with Maryland’s goalkeepers over the summer and hasn’t missed yet this year, getting on the board against Virginia, Georgetown, Penn State and Old Dominion.

He’s scored on all six of his attempted penalty kicks throughout his Maryland career.

“Doing it so many times, I kind of go into my zone,” Johnston said. “Take a couple deep breaths, pick my spot and find it.”

The midfielder has switched up where he’s shot so far this year, placing two of his attempts to the left of the goalkeeper and two to the right.

“It’s more on the fly, I like to pick my spot kind of going off what [the goalkeeper] gives me,” Johnston said.

Freshmen forwards Colin Griffith and Max Riley have contributed heavily to the amount of penalty kicks Maryland has won this season. Either Griffith or Riley were fouled inside the penalty box on three of the four occasions, while senior right back Nick Richardson won the Terps’ spot kick against Old Dominion.

Coach Sasho Cirovski’s trust in the tenured senior midfielder has paid off so far this season as Johnston leads the team in goals and points due to his penalty kick prowess.

“[Johnston] is a very composed individual. He’s very confident, and he’s been money so far,” Cirovski said. “That’s not easy, and I think that he’s just got a good feel for it right now.”