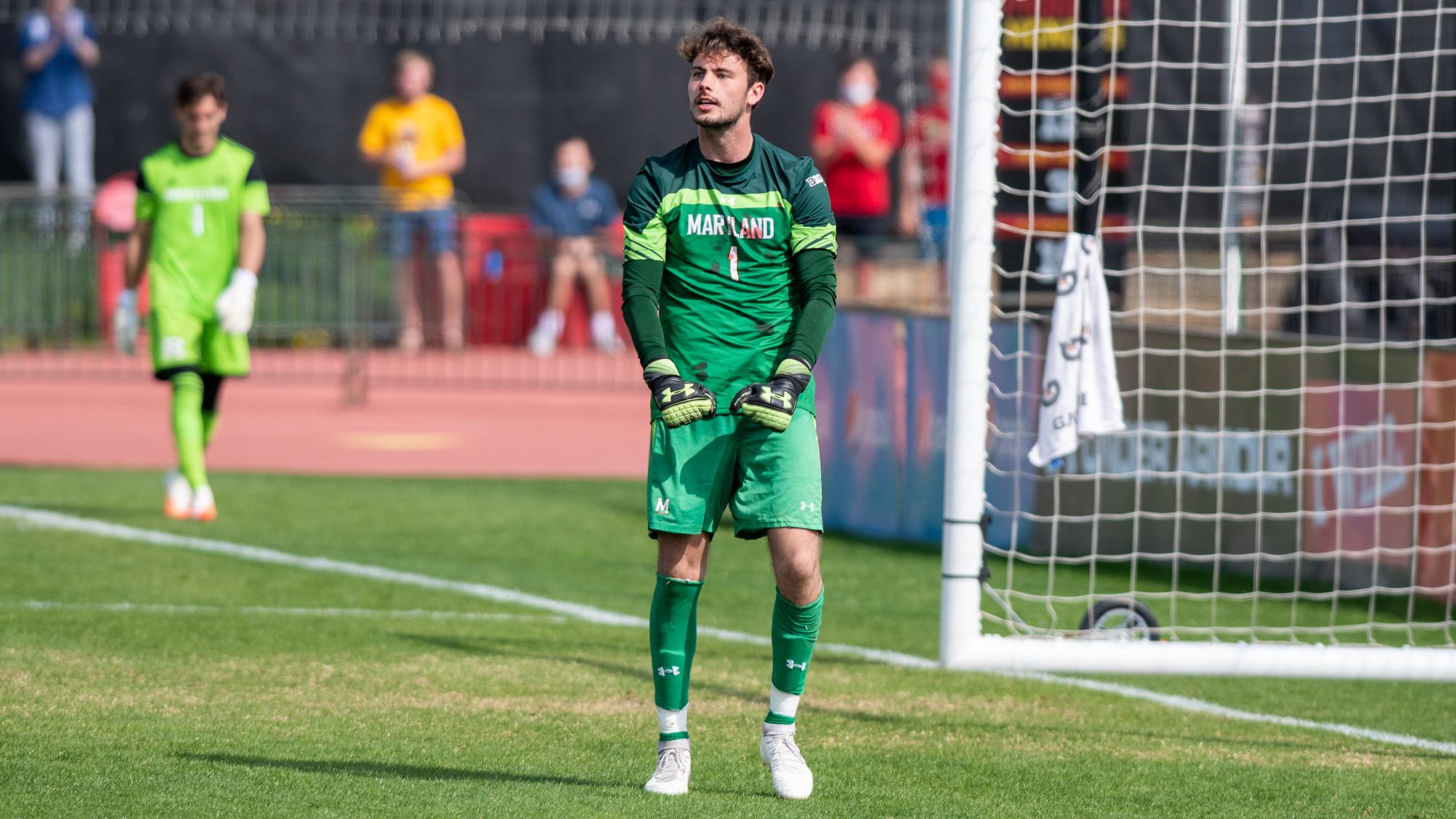 The Old Dominion forward raced in behind Maryland’s defense and attempted to slot a shot low past the goalkeeper, but Lowell kicked the strike away to maintain the Terps’ one-goal lead.

Lowell’s six saves helped No. 8 Maryland men’s soccer keep its second clean sheet of the season in its 1-0 win over Old Dominion. The Terps ended the Monarchs’ five-game undefeated run while extending their own unbeaten streak to six.

“It just builds confidence from the backline when you start playing more cohesively, more fluent, and I think it just kind of builds on itself,” Lowell said. “The more [clean sheets] you can get the more confidence you have in every game, knowing that if you don’t let the other team score, you can’t lose.”

Hunter George’s square ball across midfield was intercepted by Michael Eberle just over a minute into the match. He played the ball through to Jonas Schmalbach, who placed his shot straight at Lowell. He saved a follow-up and another strike in the sixth minute after a Malcolm Johnston turnover.

The three chances were the best of the match in the first half for either team, but the Terps broke through in the 44th minute.

Joe Suchecki flicked the ball on to German Giammattei, who played a pass into the penalty box aimed toward an overlapping Nick Richardson. The fullback took a touch before he was brought down by Jan Marpe, winning the Terps’ fourth spot kick of the season.

Johnston stepped up to the spot and buried his fourth goal of the year — all of which have come from penalty kicks — into the back of the net.

Despite failing to create opportunities in the opening 45 minutes, the Canadian’s composure gave Maryland a 1-0 lead at halftime. The Terps held 60 percent of possession in the first half.

“I think our final shots weren’t dangerous enough,” Cirovski said. “A couple of them were in places that we normally would score goals and I thought we just didn’t have the pace on the shot or maybe the quality control on the shot was necessary.”

Lowell continued his first half form with two saves in the first 20 minutes of the second, denying opportunities from Jenkins and Schmalbach.

“Our backline defensively was outstanding and I thought Jamie Lowell had one of his best games in a Maryland uniform,” Cirovski said.

The Monarchs continued to threaten late in the match when Samuel Mar Kristinsson got on the end of a lofted ball into the penalty box in the 83rd minute. The header floated past Lowell, but William Kulvik was able to clear the shot off the line before an Old Dominion follow up went out of play.

The Terps almost doubled their lead in the 87th minute. Joshua Bolma played Stefan Copetti in behind the Monarchs’ defense, but the forward’s strike was acrobatically saved by Old Dominion goalkeeper Michael Statham.

Another strike from Bolma was saved by Statham in the final moments, but Johnston’s penalty kick and the team’s second-straight clean sheet was enough to seal the victory for Maryland.

“[Old Dominion] had some good chances, all credit to them,” Johnston said. “Our backs and our goalie came up huge, that’s what it takes to win games like that.”