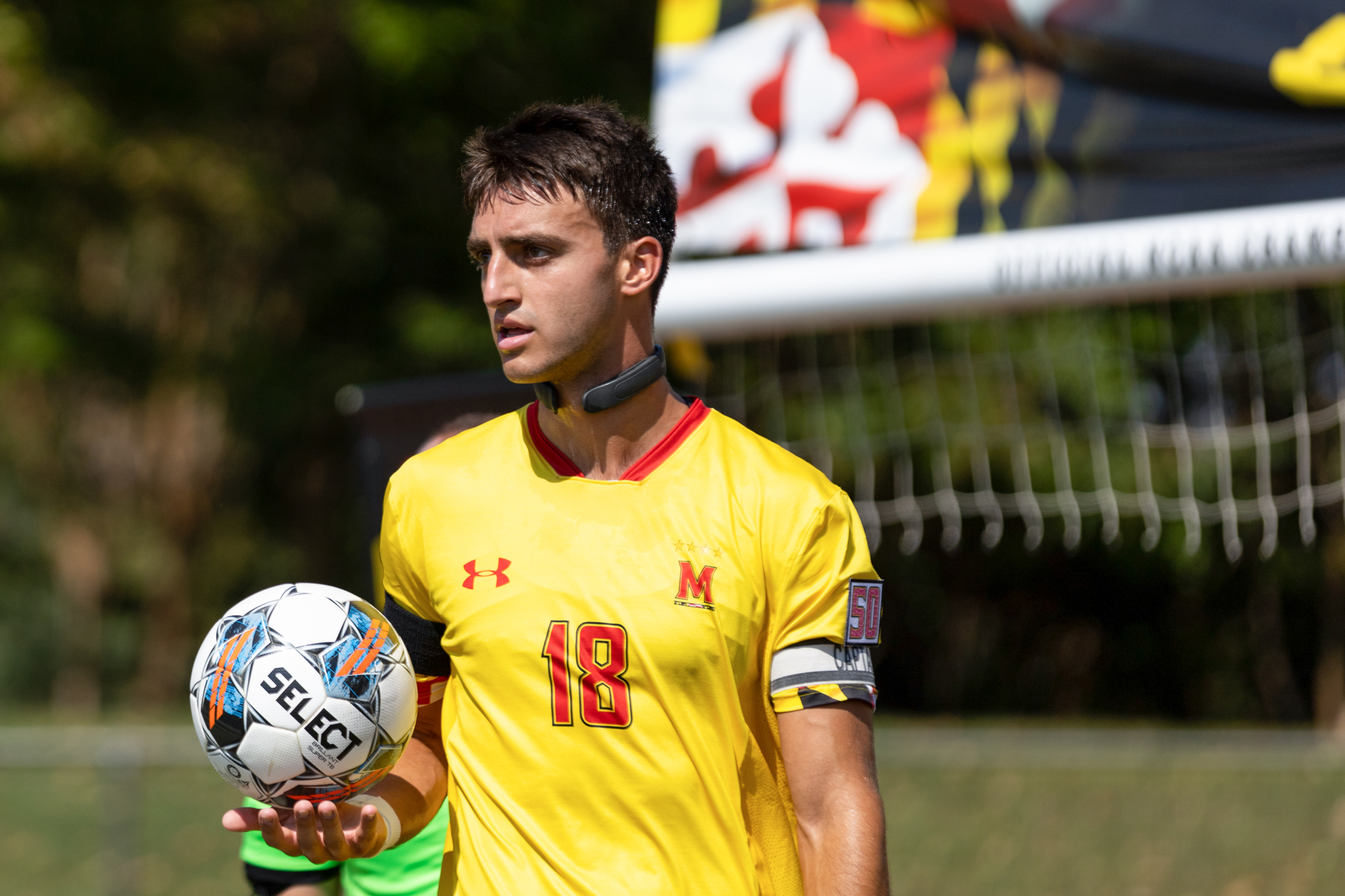 Goalkeeper Jamie Lowell palmed down and caught Parker Grinstead’s blast from outside of the penalty box in the 21st minute against Ohio State.

It was a routine save for the junior goalie, who has started Maryland men’s soccer’s last three games in place of the injured Niklas Neumann. The long-range effort was also the only time the goalkeeper was called into action to stop an attempt on goal.

The Terps allowed just one shot on target throughout the entire match against the Buckeyes Sunday, the lowest figure since Maryland’s season opener against New Hampshire Aug. 25.

It allowed the Terps to keep their first shutout of the season after conceding a goal in seven straight games to begin the year.

“I’m very, very happy with getting the first clean sheet of the year,” coach Sasho Cirovski said. “That’s something that we’ve been challenging our guys [to do], and today they delivered. It was a very good defensive performance by us today.”

The Terps stifled a Buckeyes offense that had scored in every match except one this season heading into their matchup against Maryland.

The feat came after the Terps conceded the most goals they’ve given up all year in an end-to-end 3-3 tie against Penn State Sept. 20. Cirovski said Maryland aimed to show more defensive discipline after being marred by lapses in the Nittany Lions draw.

“I thought our defensive performance was decent against Penn State, we just had a lot of careless and casual mistakes,” Cirovski said. “We took some of the carelessness and casualness out of our game today on the defensive side. We didn’t gift too many chances today. So I thought from that standpoint, we grew a lot as a team.”

The Terps did well to limit scoring opportunities from opposing teams early in the season, only giving up a combined three shots on target through the first two games of the year. However, they had given up more shots on goal in recent matches and were unable to keep an elusive clean sheet until Sunday.

Ohio State was able to keep the ball for the majority of the match, holding 56 percent of the possession — 58 percent of that came in the Buckeyes’ attacking half of the field.

However, a Maryland back line consisting of Nick Richardson, William Kulvik, Chris Rindov and Luca Costabile shut out the team ranked third in goals scored in the Big Ten.

Ohio State pushed forward toward the end of the game, finally breaking through Maryland’s stout midfield. The Buckeyes were able to win four corners in the final 12 minutes, but couldn’t turn the pressure into a goal.

“[The] battle was unreal today, especially the last 10 minutes when we were a bit under it,” Max Riley said.

The Terps will hope to continue their defensive form throughout a grueling conference schedule and the rest of the season, beginning with a nonconference game against Old Dominion Friday.

“Our team needed this, needed to prove [to] themselves they can keep a clean sheet with more focus and concentration, the little details defensively, because as you get into the second half of the season, I think we’ll need that even more,” Cirovski said.