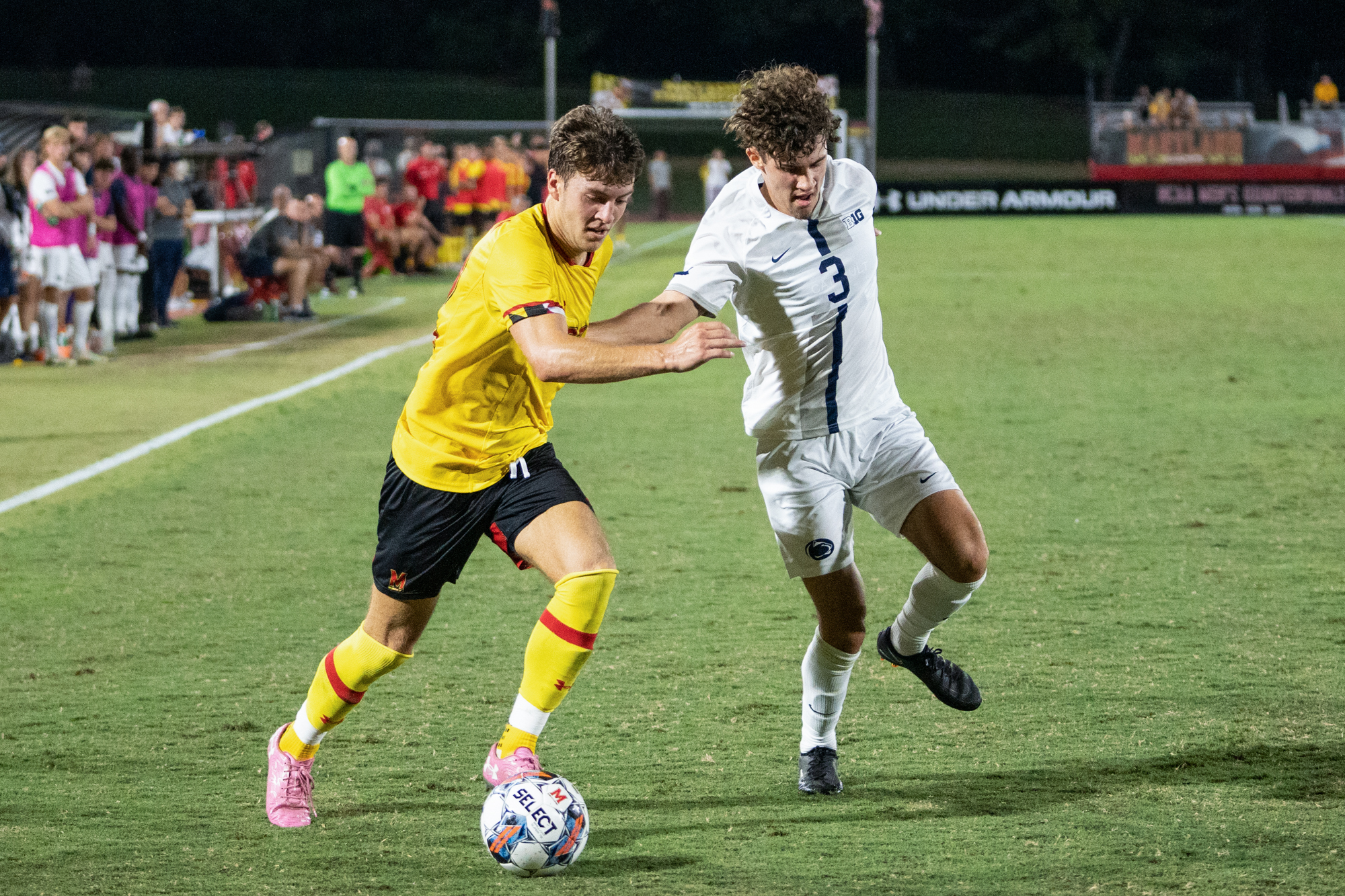 Maryland men’s soccer has increased its offensive output this season despite losing a majority of last season’s scoring.

The Terps are outpacing last year’s efforts through 11 games — scoring 22 goals compared to last year’s 18 finishes — in large part due to a six-goal performance against Virginia in September and two three-goal showings against conference opponents Penn State and Rutgers.

Despite five new forwards joining coach Sasho Cirovski’s squad, Maryland’s offensive success has largely come from a rise in production from returning players across the field.

Nick Richardson’s doubled his career total with five assists so far this season and notched his first three collegiate finishes this year, including game-winning goals against Georgetown and Rutgers.

The right back has contributed to every goal Maryland has scored in its last two games against Northwestern and Rutgers.

“It’s a weird world again that some things go your way,” Richardson said. “Sometimes you get great bounces, sometimes you don’t, but I think last week things just kind of went my way.”

Defenders have accounted for about 27 percent of the Terps’ goals so far this year compared to about 10 percent throughout last season. Center backs Chris Rindov and William Kulvik have both found the back of the net on set pieces.

Midfielder Malcolm Johnston is Maryland’s leading scorer this year, notching his highest single-season total with five goals. The senior has converted all four of the Terps’ penalty kick attempts and added a bicycle kick goal against Rutgers that was featured on SportsCenter’s top 10.

However, the rest of Maryland’s midfield and offense has failed to match its output from last season.

“I feel good about that part of the game in terms of finding ways to score different goals and get them in different ways … We’ve just got to get our forwards going a little bit,” Cirovski said on Sept. 23.

Four of Maryland’s new forwards have found the back of the net, but German Giammattei, Colin Griffith and Max Riley have each only scored once. Marist transfer Stefan Copetti’s notched two goals and has been more active, recording more than double the amount of shots of each of his fellow additions despite only earning one start.

Copetti’s contributed energy when subbed into the game and featured more for Cirovski’s squad recently. He played on the wing against Northwestern but started the second half at striker, a position no Terp has been able to nail down a starting role in.

The Canadian scored the equalizer in the 74th minute and Richardson said the six-foot-two forward “offers a different kind of physicality and a little bit of pace … He loves to get in behind and run at people, he's also really good in the air.”

“We've rotated a bunch of guys in the central spot up top and [Copetti] certainly is coming off a very good game, so there's a chance you might see him there,” Cirovski said.

Maryland’s forwards have scored less than a third of the team’s goals this season. Griffith and Riley have combined to win three of the Terps’ four penalty kicks, but the squad’s additions up top have struggled to consistently get on the scoresheet as they continue to adapt to the team and Big Ten play.

The Terps hope the new forwards can begin to find the back of the net more often to lighten the load on returning players. Copetti feels that getting more time on the field and building chemistry with his new teammates has boosted his confidence.

His progression could be a sign that more contributions from Maryland’s new group of attackers is more a question of when, not if.