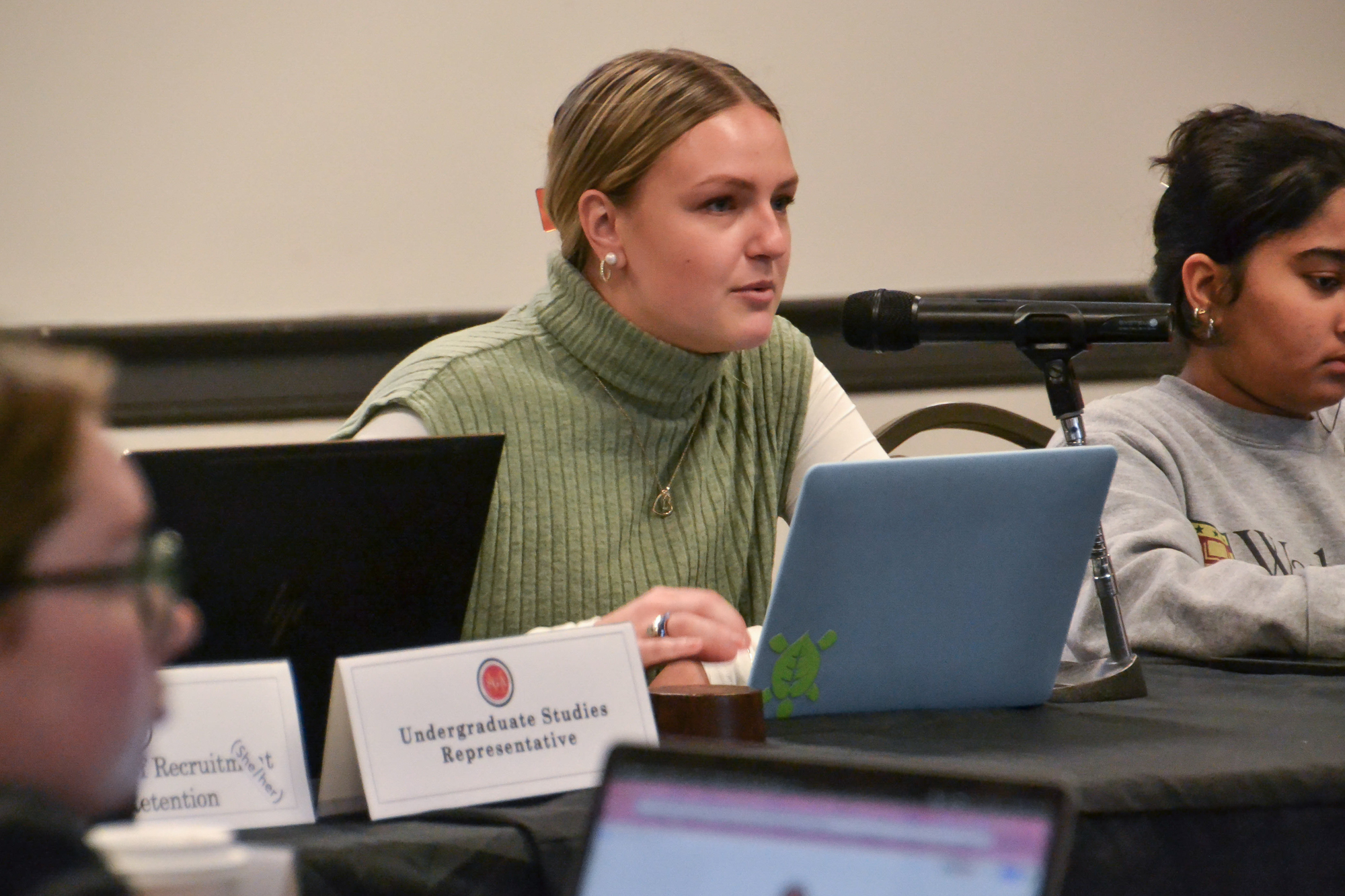 DOTS was supposed to purchase six new buses this cycle. However, because electric buses cost about twice as much as diesel buses, DOTS only purchased three.

In the long run, purchasing fewer buses could lead to DOTS having to reduce their bus service. Allen and the rest of the department are looking for ways to obtain more funding for buses.

Allen explained that because the university’s buses will be closed to the general public, DOTS does not qualify for many federal grants. Instead, he said student fees may be increased to fund the electric buses.

Several Student Government Association members expressed concern about an increase in student fees. Malik Oumarou, the SGA’s information studies representative, told Allen many of his constituents complain about the fees they are already paying and asked him if there was really nowhere in the budget this money could come from.

Allen explained this would be a question for university President Darryll Pines, but he hopes there are other avenues through which DOTS can find the needed revenue.

Allen also discussed the rise in micromobility — vehicles such as bicycles, scooters and skateboards — on the campus. He said current campus infrastructure does not accommodate the increase in these types of vehicles, and this is an issue DOTS hopes to address.

Reese Artero, the SGA’s undergraduate studies representative and recruitment and retention coordinator, asked Allen about safety concerns with VeoRide scooters. Allen said he has not yet heard of any scooter injuries this semester but expects them to happen. He noted he would consider renegotiating the university’s contract with VeoRide to lower the maximum speed of the vehicles, which is currently 15 miles per hour.

Allen said DOTS is working on addressing safety issues with VeoRide scooters, such as some riders using them recklessly and not wearing helmets.

During their meeting, the SGA also passed several bills including one to create an interest survey for a Ukrainian course and a resolution that calls for reforming the Shuttle-UM #105 route to reduce wait times for students living in Courtyards.