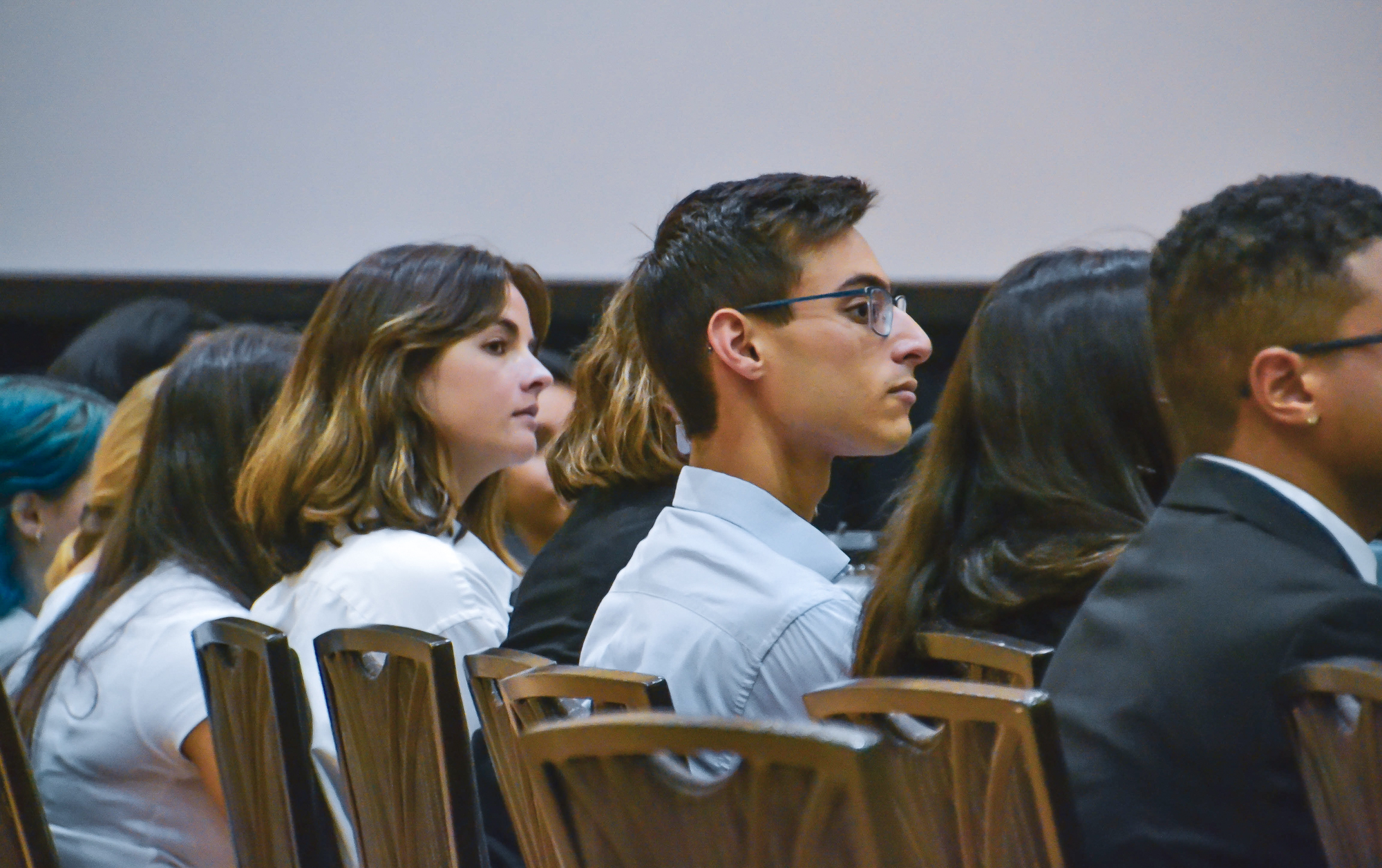 Members of the Student Government Association listening to the speaker at the meeting on Sept. 21, 2022. (Jess Daninhirsch/The Diamondback)

The University of Maryland SGA passed a bill to create a Greek Student Advisory Council at its Wednesday general body meeting.

The new committee will work to address issues such as sexual misconduct prevention, alcohol and hazing training, diversity and inclusion and general safety. They will also host a Greek life forum once a semester open to all university students.

The committee is intended to encourage collaboration between the four Greek councils — Multicultural Greek Council, National Panhellenic Council, Panhellenic Association and the Interfraternity Council — and the Student Government Association, so the student legislative body can better aid constituents who participate in Greek life.

Several amendments to the bill were made during the meeting. Notably, the original bill — which placed appointment responsibilities mostly within the SGA — was amended to include more responsibilities for the four Greek councils along with the SGA.

Reese Artero, the SGA’s undergraduate studies representative and recruitment and retention coordinator, explained she made this amendment so students within Greek life have the most say on who is representing them.

“SGA’s only role there is to facilitate conversation … [to] ensure that all of Greek life is heard when it comes to any issues that they have that we can potentially solve or even help alleviate,” the sophomore criminology and criminal justice and individual studies major said.

The bill originally included only two members of the SGA serving on the committee, but Artero amended it to be three, so the SGA’s Greek residential representative can also serve, assuming they are appointed by the executive vice president.

Three separate SGA committees discussed the bill. Two of the committees — student affairs and diversity, equity and inclusion — both passed the bill. The sexual misconduct prevention committee did not pass the bill due to concerns regarding the bill’s language and logistics.

“We wanted to work on the bill more during committee,” Elise Donnellan, a sophomore environmental science and policy major and the SGA’s Greek residential representative, said. “That’s why we didn’t pass it originally.

Aadhiti Vallatharasu, a junior government and politics major who serves as the SGA’s sexual misconduct prevention committee director, said the committee as a whole always supported the idea of a Greek Student Advisory Council.

“From the start, we really supported the initiative and we agree that it is a necessary component on our campus. It was just more so language regarding the bill,” Vallatharasu said. “Luckily, our questions were answered really promptly.”

Donnellan said she has long endorsed an initiative such as this one.

“I’ve always advocated for better communication between the four [Greek] councils since they aren’t always equally represented,” she explained.