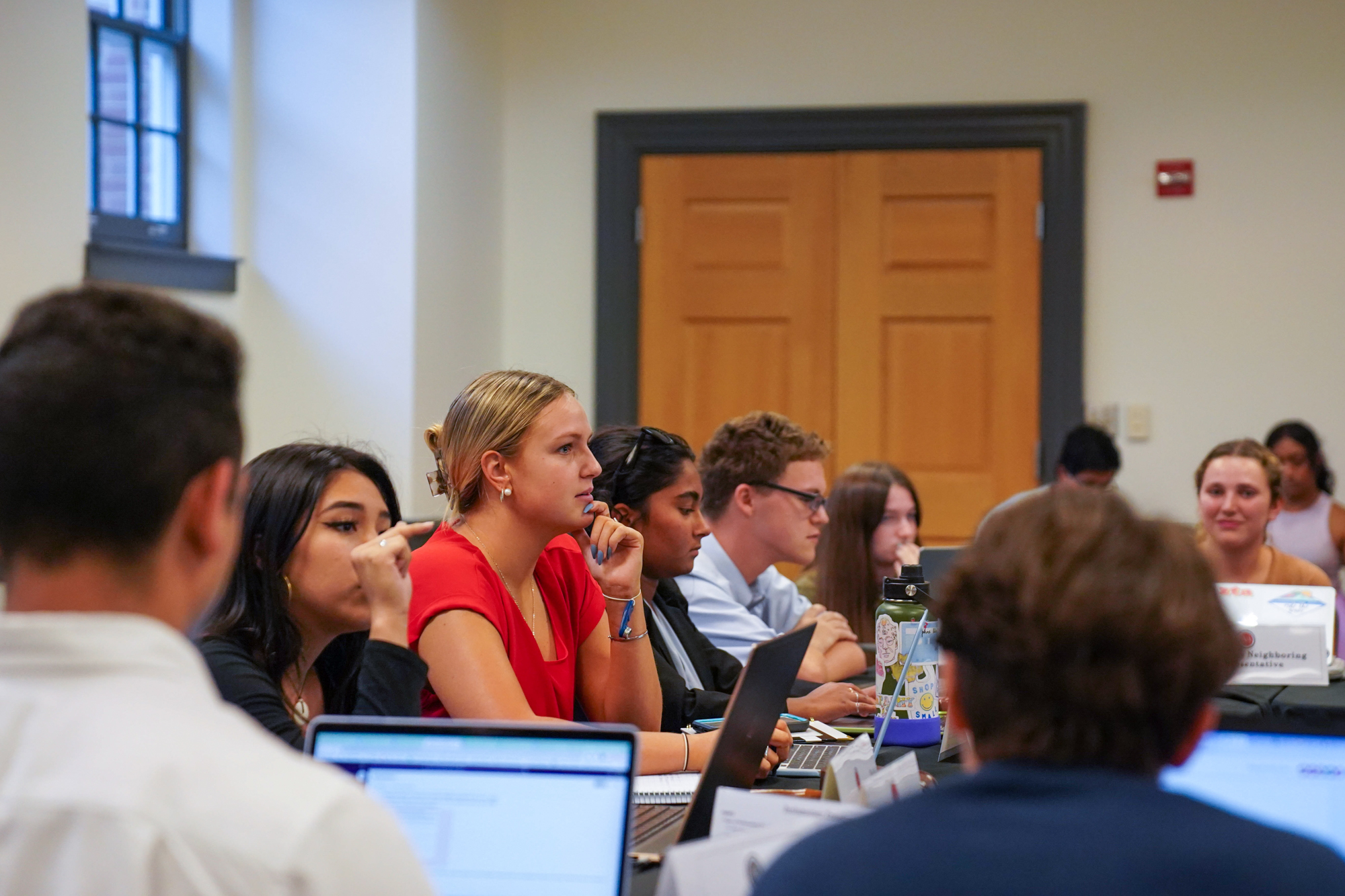 Student mental health is a major concern, and UMPD is training its officers in how to engage with students in crisis, Mitchell said. Mental health of university students is a nationally prevalent issue — since students have returned to campus, UMPD has been receiving almost one call a day from students struggling with serious mental health issues, he said.

“We’re here to help you get the help you need,” Mitchell stressed.

Mitchell told legislators that part of officers’ ongoing work is ensuring these phones are working, and the police keep their eyes out for broken ones. He noted students can also report them to the police.

Another safety measure in place is ShotSpotter technology which picks up on the sounds of gunshots and alerts the police, usually quicker than 911 calls, Mitchell said. Currently the technology is only located on some parts of the campus, but it will be expanded to all of the campus soon.

Emily Wilson, a junior elementary education major who represents the education college, asked Mitchell if the ShotSpotter technology will be installed in the Old Town neighborhood and near the College Park Metro station.

“There’s a lot of people that come in and out of the Metro that are not affiliated with the college,” she said. “Walking through Old Town at night can be very scary.”

Mitchell responded that the City of College Park is interested in the initiative and is working on a way to implement it.

“The challenge on our campus, and every campus for that matter, is that [sexual misconduct] is underreported,” Mitchell said. “We’re on your side.”

Alexandra DeBus, a junior biochemistry major who serves as the SGA’s executive vice president, arranged for Mitchell to speak with the legislature — her goal was to make the university police more accessible to SGA members.

“[Mitchell] can give [legislators] insights as to how UMPD works … [so] that these student leaders can reach the leaders in their community,” she said.