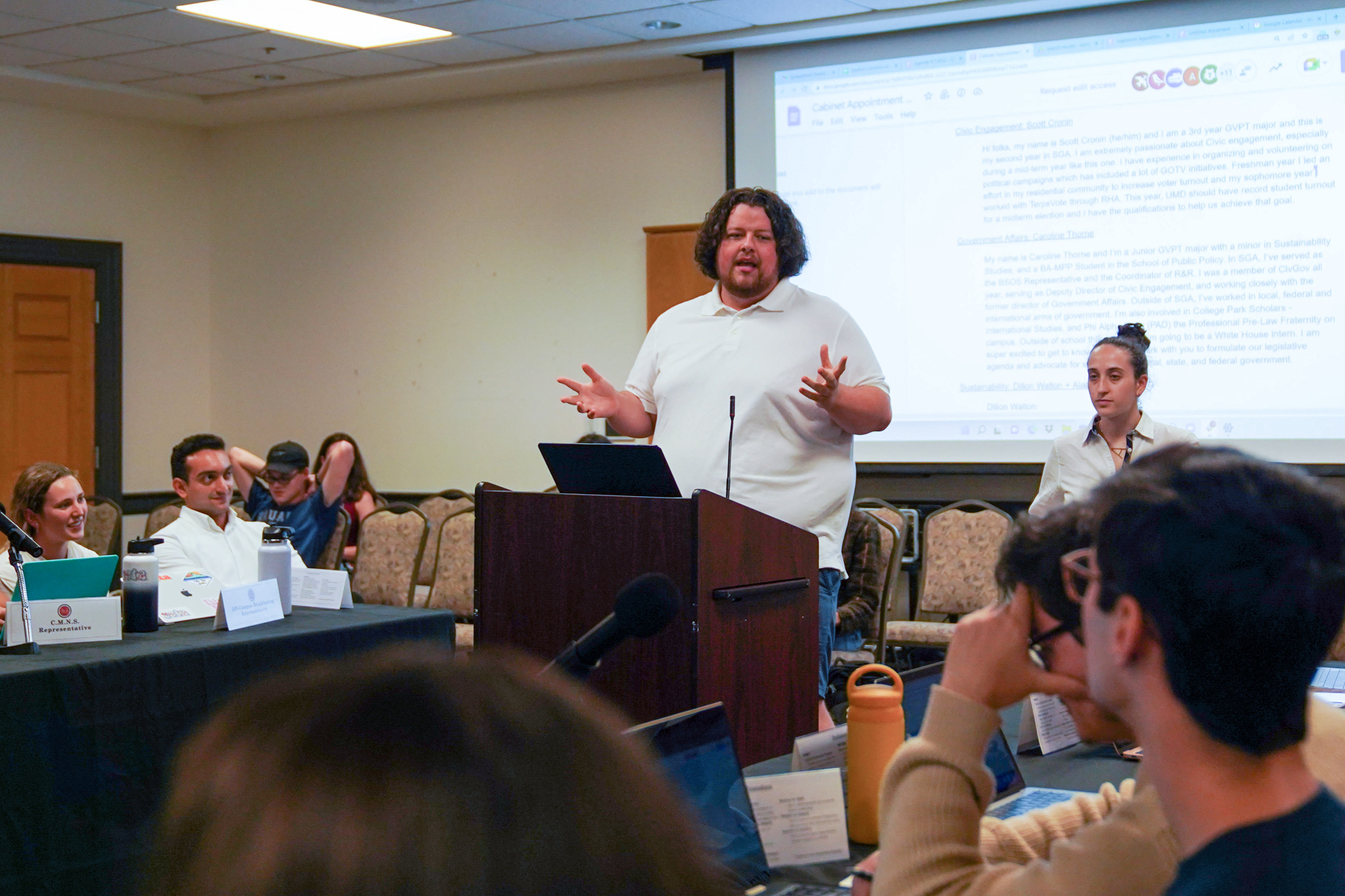 Ahead of this year’s midterm elections and future political turnover in the Maryland General Assembly, students at the University of Maryland are helping aid their peers’ civic involvement.

Among these students are Scott Cronin and Caroline Thorne, both junior government and politics majors, who chair the Student Government Association’s civic and governmental affairs committee — a part of SGA tasked with getting students involved in government and advocating for issues that matter to students.

“We’re all students, and we’re all in SGA because we want to work on behalf of other students,” said Cronin, the SGA’s civic engagement director.

As the SGA’s governmental affairs director, Thorne acts as a lobbyist for the SGA by meeting with politicians at the local, state and federal levels to advocate for issues students care about. Most of the committee’s governmental advocacy occurs at the state level before and during the General Assembly’s legislative session.

But with the 2022 midterm elections approaching — where Maryland’s gubernatorial seat is up for grabs and several referendums, including one to legalize recreational marijuana, are on the ballot — the committee is focusing on student voter turnout.

Michael Hanmer, a government and politics professor at this university whose research focuses on voting and elections, said it is crucial for people to participate in a democratic society by voting. Students have to vote to bring the issues they care about to politicians’ attention, he explained.

Cronin’s main focus this semester is increasing student involvement. He hopes to register students to vote and increase voter turnout among students.

“There’s so much power in people and getting folks engaged in democracy,” he said.

According to Cronin, student voter turnout among this university’s students was 46 percent in the 2018 midterm elections. For the 2022 midterm elections, TerpsVote hopes to raise the student turnout rate to 54 percent.

“[It] is rather ambitious but very much within our reach,” Cronin said.

Naomi Cohen, the coordinator for social action and democratic engagement in the university’s leadership and community service-learning office, is the staff co-chair of TerpsVote, where she works to provide students with the resources they need to vote.

“[Voting] is one of the best tools that we have to be able to voice what we want for the future of society,” she said.

Hanmer said most students choose to register to vote at their home address which avoids the challenge of proving residency in College Park. However, he explained this can create additional challenges.

Cohen explained one of the resources TerpsVote has for students is the university’s TurboVote website where students can check their registration status and get reminders about voting.

There are currently several barriers to students voting, Cronin said. If students are registering to vote in College Park and live on the campus, there is no simple proof of residency they can download for their registration.

“That’s probably top priority right now because if students do choose to register here in College Park … they need to be able to do it without having to email three different people and go through all this hassle,” Cronin said. “It should be as simple as just downloading a PDF that shows your residency.”

TerpsVote is still working with the Department of Resident Life to find documents students can provide to prove their residency, according to Cohen.

Cronin also wants to ensure campus mail is timely and accurate around the election, and students have access to free stamps and envelopes to mail their ballots.

Hanmer serves on the TerpsVote steering committee and has been impressed by the work and passion of students involved in the effort to increase civic engagement.

“It’s been really fun for me, as a professor, to watch because you see a lot of learning happening, and it’s not a structured learning environment,” he said.

Some students involved in the SGA have found a bipartisan unity in advocating for more student involvement in local politics. Thorne believes all students can benefit from the SGA’s advocacy efforts, regardless of their political background.

“We’re building a coalition of students here to try to further a common agenda,” Cronin said.