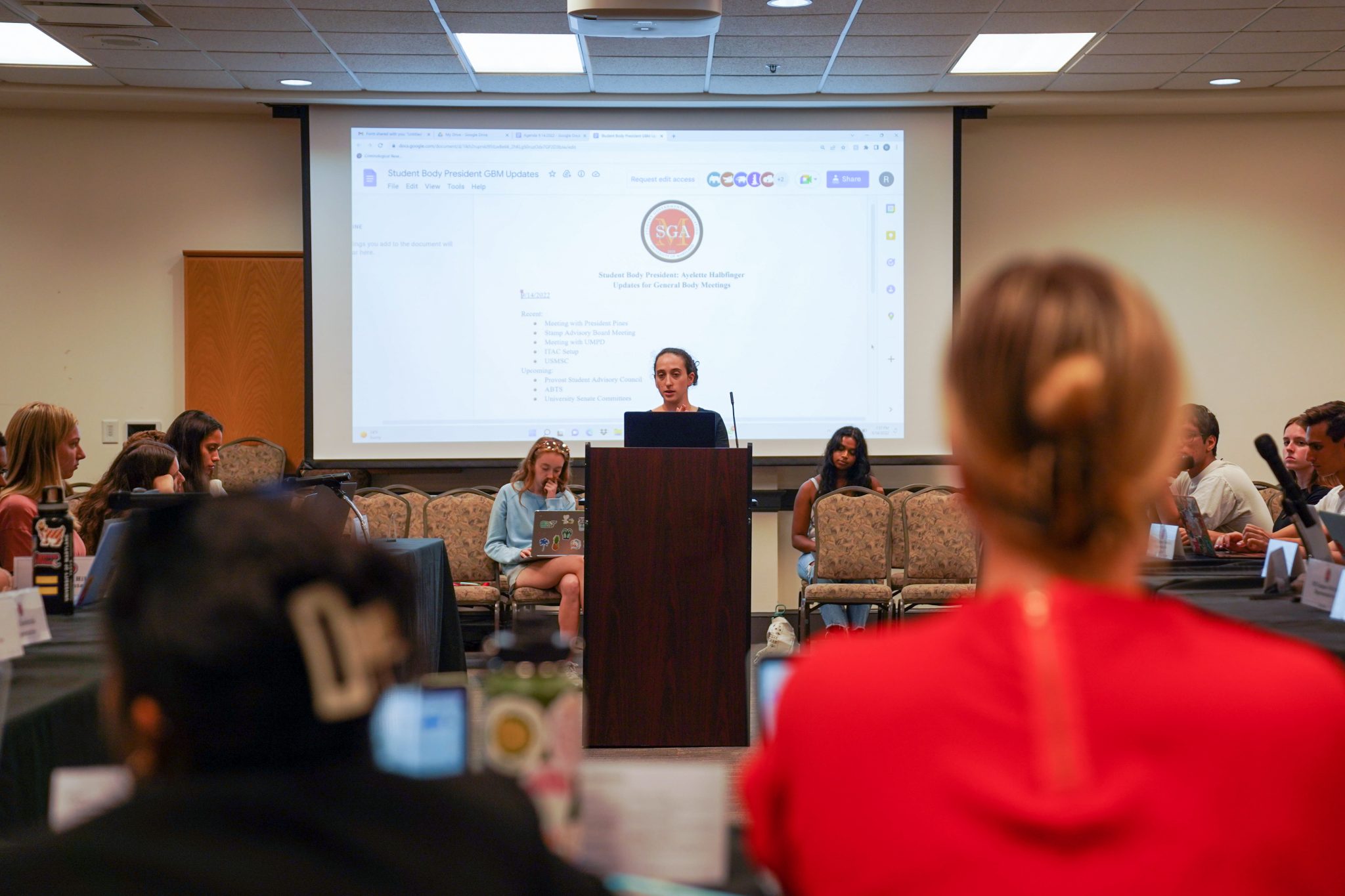 The University of Maryland SGA passed an amendment to create a transportation and infrastructure committee at its Wednesday general body meeting.

The new committee will work closely with the Department of Transportation Services to advise the university on transportation issues and will prioritize making sure commuter students’ concerns are heard. It will also focus on affordability and sustainability regarding transportation.

When introducing the amendment to the legislature, student body president Ayelette Halbfinger explained the idea for the committee stemmed from meetings with DOTS last spring in which DOTS expressed a desire for more collaboration with the Student Government Association.

This initiative was originally going to be temporary, but the bill changed to an amendment for a standing committee after DOTS advocated for something more permanent, according to Nicholas Marks, the SGA’s parliamentarian and a sophomore government and politics and secondary education major.

Additionally, the amendment creates the role of transportation and infrastructure director. This director will head the committee while maintaining relationships with DOTS, the Residence Hall Association transportation advisory committee and other transportation related departments and organizations on the campus.

[One of eight nominees denied for UMD SGA legislative appointment]

The director and committee will also work with DOTS to improve pedestrian safety.

“There’s a lot of construction [on campus],” Halbfinger, a senior finance and operations management and business analytics major, explained in the meeting. “It’s really easy to not feel like the way the roads are set up is conducive to students walking around campus, and this committee will hopefully target a lot of those issues.”

Scott Cronin, the SGA’s civic engagement director and the RHA president, explained some students opposed the SGA creating the new committee because the RHA already has a transportation committee. However, as the RHA only represents students who live on the campus and the SGA represents all students — including commuters — he thinks an SGA committee is a smart idea.

“There is not a negative to more folks working on the same issue,” Cronin, a junior government and politics major, said.

Reese Artero, a sophomore criminology and criminal justice and individual studies major, serves as the SGA’s undergraduate studies representative and their recruitment and retention coordinator and as the RHA’s marketing and technology officer. She expressed concern about the amount of responsibility that the amendment gives to the director of the new committee.

“Transportation and infrastructure is a very large area, and I would hope that the president has the foresight to put more than one person in the directorship,”Artero said. “I do think that it’s a step in the right direction for representing commuters.”

Weiss is looking forward to mentoring younger members of the SGA to become better leaders.

“I know it’s difficult sometimes to get the ropes of how you write a bill … so I’m just excited to be in a leadership position that will allow me to help foster some of that potential that I know this body has to offer,” he said.