One of eight nominees denied for UMD SGA legislative appointment 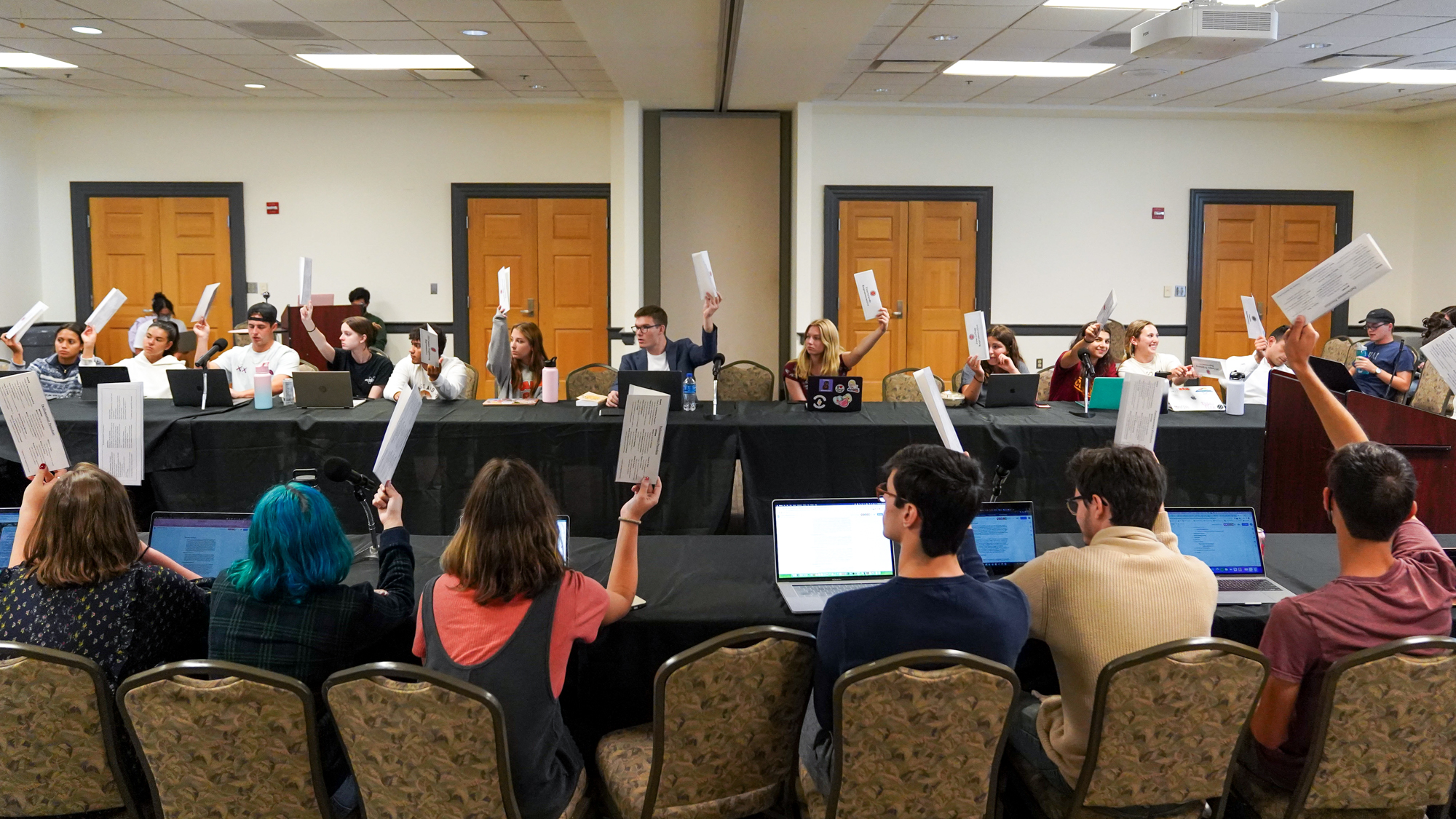 In the University of Maryland Student Government Association’s first in-person general body meeting of the 2022-2023 academic year, the body voted on legislative and cabinet appointments.

The legislature voted on eight nominees for appointment, all but one of whom were confirmed. Prior to this vote, nominees had to complete an application and were interviewed by several SGA officers. Then, these SGA officers selected a single nominee for each position.

Liliana Norkaitis, a freshman government and politics major, was hoping to be confirmed as the first year representative. In her statement to the body at Wednesday’s meeting, Norkaitis talked about how she has long been involved in student government and in other local and national political roles, most recently as the deputy director of Maryland’s Republican Party.

The legislature questioned Norkaitis about how she would compromise when measures may not be in line with her own political beliefs.

“As freshmen representative, I’m not here to represent just people from a certain political party,” Norkaitis responded. “I’m here to represent students who are here to get their degree from the University of Maryland, and that is who I’ll represent.”

Norkaitis was the sole legislative nominee to be denied confirmation Wednesday.

While talking to the legislature, Eisenberg explained she was extremely confused by the Freshman Connection program when she was first admitted to the university. She said she plans to work to make language on the school’s website about Freshman Connection clearer, so the process is easier for future students.

Several executive cabinet appointees were unable to attend the meeting, which means those elections will be tabled until a later date.

Among the six Cabinet appointees who were in attendance and confirmed was Dillon Walton, a senior physics major, who faced a lengthy questioning by the body before being confirmed as one of two sustainability directors.

Several student comments read at the beginning of the meeting expressed concerns about his appointment due to his lack of experience dealing with sustainability issues.

Walton said at the meeting one of his goals as director is allocating money from the SGA’s sustainability committee to create scholarships for students doing unpaid internships in the sustainability field.

Scott Cronin, a junior government and politics major, was confirmed as the civic engagement director where he said he is excited to work to increase voter turnout on the campus. Cronin served as the legislature’s parliamentarian last academic year.

“We’re going to be doing as many voter registration drives as possible [and] making sure it’s as accessible as possible,” he said.

The SGA also voted to confirm Nicholas Marks, a sophomore government and politics and secondary education major, as its new parliamentarian. As parliamentarian, Marks will head the SGA’s constitution and bylaws committee and advise the SGA on parliamentary procedure.

Aiden Wechsler, a junior government and politics major, was appointed as the academic affairs director where he aims to focus on passing a mental health excused absence policy. Wechsler was serving as the legislature’s speaker pro tempore before this appointment, which means the position is now vacant. An election for a new speaker pro tempore will be held at next Wednesday’s SGA meeting.