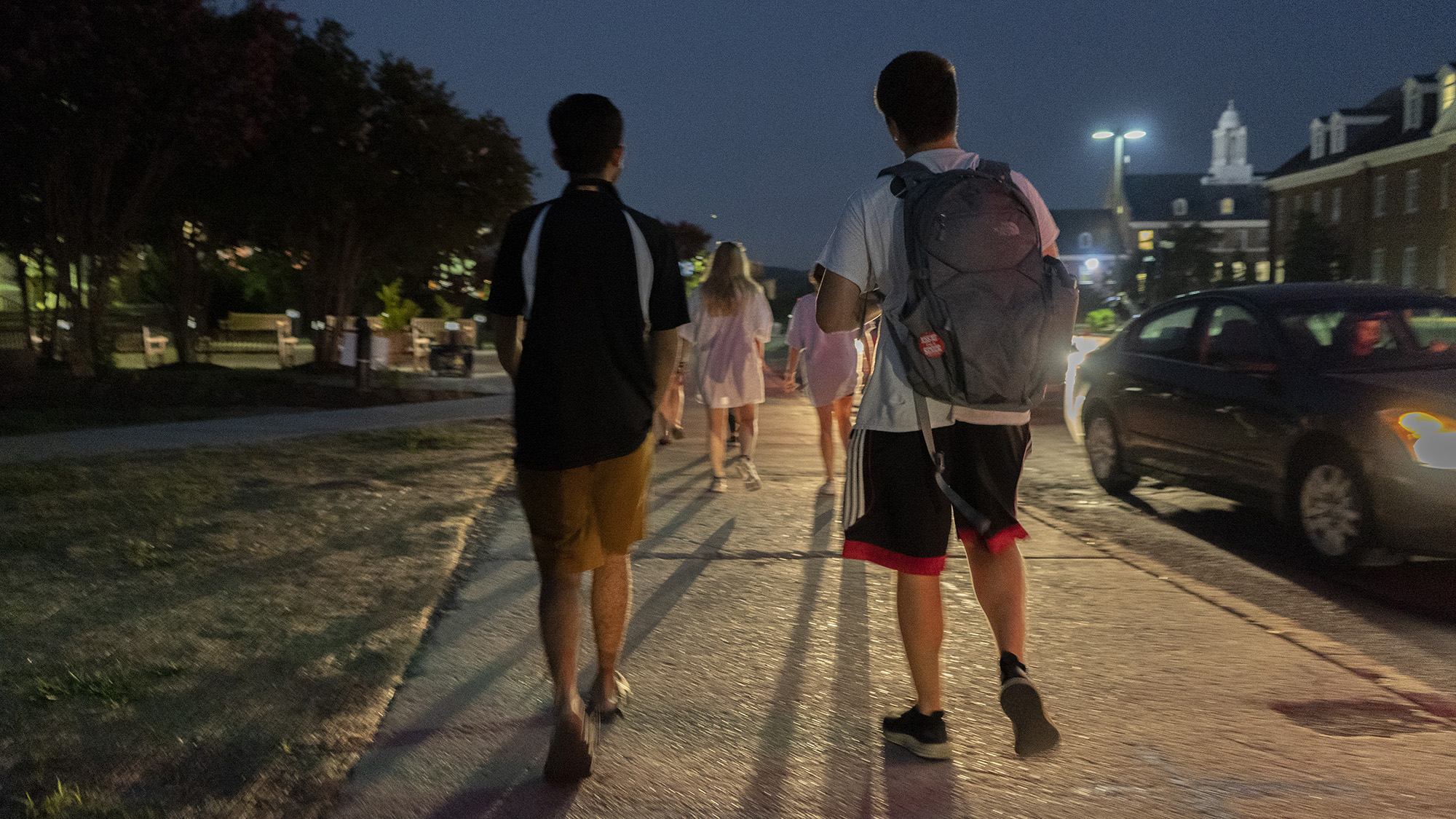 The University of Maryland SGA hosted its annual Safety Walk Thursday, where members of the campus community looked for safety risks including broken lights, overgrown trees and uneven sidewalks.

After convening in front of the Administration Building, participants — which included students, administrators, police officers and College Park Mayor Patrick Wojahn — were split into groups that toured three separate routes: North Campus, South Campus and the City of College Park.

Before the walk, Sarah Cobau, the Student Government Association student affairs director who was in charge of planning the event, instructed participants to look out for safety concerns including broken lights, uneven sidewalks, unsafe pedestrian crossings and trees that need to be cut back.

This event, which has been occurring for more than 15 years, aims to unite the College Park community for a discussion of how to make the university’s campus and its surrounding areas more safe, sustainable and accessible.

Richard Rupert, a landscape operations manager with this university’s Facilities Management, attended the Safety Walk and noticed several trees that were obstructing lights on the South Campus route.

He said facility concerns noticed during the Safety Walk are added to a list of issues his department will address.

Lt. Rosanne Hoaas, the University of Maryland Police’s public information officer and LGBTQ+ liaison officer, went on the North Campus route in both last year’s and this year’s Safety Walk and said the route looked better than it did last year.

Hoaas and the group did make note of some shrubbery that needed to be trimmed back and a couple of lights that were out.

Her group also tested all Public Emergency Response Telephones — the blue light, toll-free phones located around the campus that connect students with campus police — on the route and found all of them to be operational.

The blue light phones are checked regularly by the student police auxiliary in a cycle that takes a little more than a month, Hoaas said.

The South Campus group did not test every blue light phone on its route, but they found one that was not working.

The group walking the City of College Park route found some lighting concerns and sidewalks they thought were too narrow. They also found spaces along Route 1 with litter where they would like more trash and recycling bins to be placed.

Capt. August Kenner of the university police force has been helping with the Safety Walk for more than 15 years and appreciates how it unites College Park community members together for a single cause.

“It really helps us to just work together to make a safer community, and it’s a good time to just network, communicate, and get things done as a group,” she said.

Cobau will compile all of the concerns from the Safety Walk into a report and send it out to various groups on campus and in College Park.

After the report is sent out, Kenner and Cobau will continue to follow up with the authorities in charge of fixing the issues described in the report. Cobau is also hoping to change the Safety Walk so it happens every semester instead of every year.

Andrea Goodwin, assistant vice president and dean of students at the university, said she appreciates getting the opportunity to participate in the Safety Walk with students.

The report, she said, creates checks and balances to ensure issues are being addressed.

“Everybody’s aware of what needs to take place, what needs to be fixed, what we can do additionally to make the campus safer,” she said.