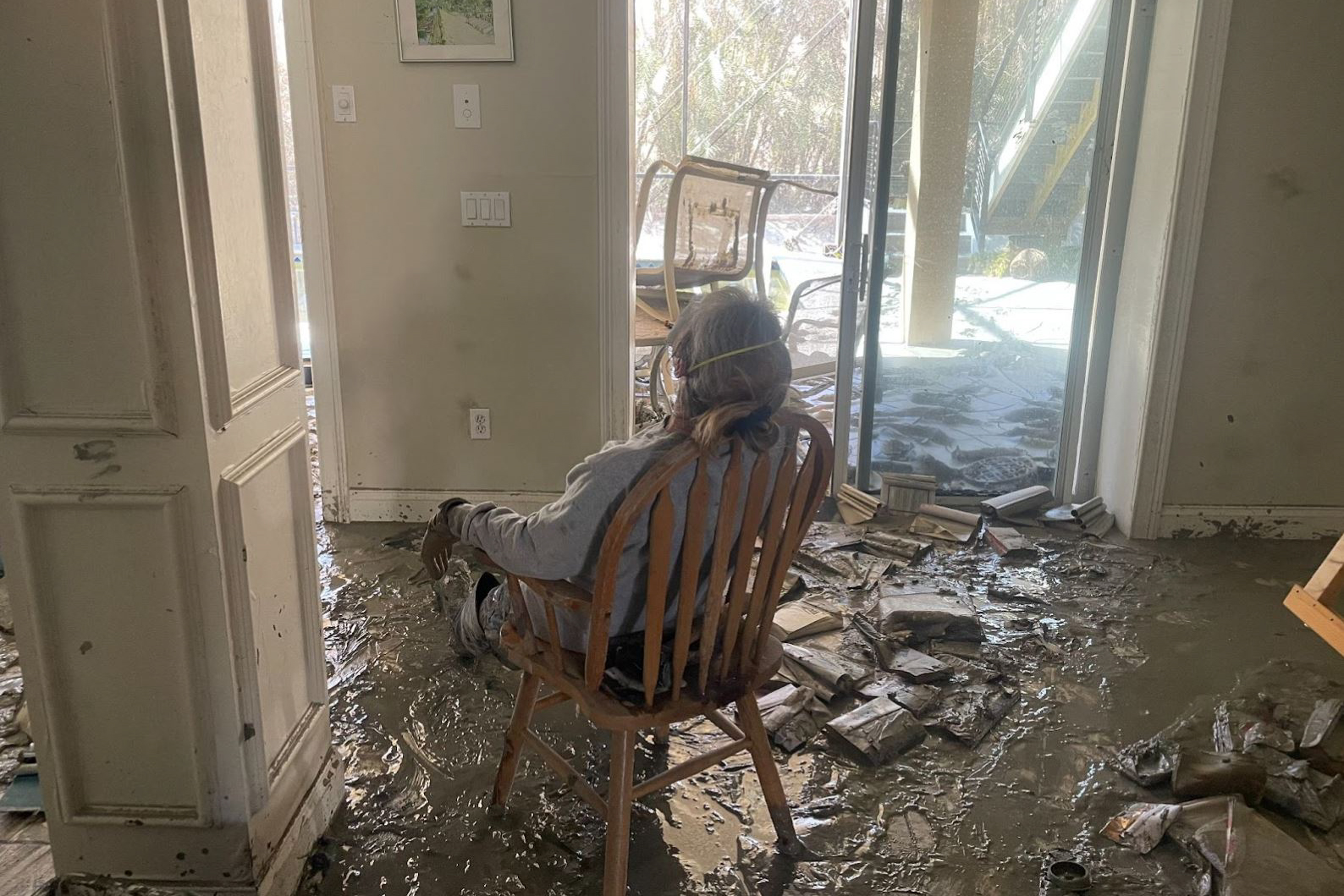 By Marijke Friedman and Olivia Nicholson

While freshman government and politics major Skyler Gribbon was attending class at the University of Maryland in late September, her family was stocking up on food and supplies in Boca Raton, Florida, to prepare for Hurricane Ian.

This university was far from the path of Hurricane Ian, but some university staff, students and alumni with connections to Florida were impacted both during and after the hurricane.

Gribbon was one of them. She explained that similar situations happen in Boca Raton about twice a year, but only two or three hurricanes in the last 10 years have really impacted her family.

Though Boca Raton and Gribbon’s family were spared the brunt of Hurricane Ian, some of Gribbon’s friends weren’t as lucky. Several of her friends that go to colleges in Florida were either evacuated or stuck in their dorm rooms.

“I wasn’t as nervous for my family because we do have a generator, and we know how to stock supplies. I was more nervous for my friends who might have been stuck at school because when they close down the school, the dining halls are closed, and they have the possibility of having no power, no water,” she said. “It’s scary when you’re 18, 19 years old, and you have no access to any of that.”

Gribbon’s boyfriend was evacuated from his school in Florida. Instead of going home to Boca Raton, he flew to Maryland because the flights were cheaper.

“He had a flight through the hurricane to get [to Maryland],” Gribbon said. “Some of the outer winds almost canceled his flight as he was taking off.”

In the wake of Hurricane Ian, Arlene Dillon, resident of Sanibel Island, Florida, and an alum from this university who graduated in 1977, was not as lucky.

On Friday, 10 days after she, her husband and her dog evacuated the area, Dillon returned to Sanibel by boat to find her street ruined and the lower floors of her house under inches of muck.

Dillon’s house still fared better than other buildings on the island — Dillon said the motel at the end of her street had been blown away — but it will be difficult to save the house amid the devastation, she said.

According to Dillon, for the last several days, crews aiding Sanibel Island have been focused on rescuing those who didn’t evacuate rather than saving homes. Until she can get a crew to clear out her house before mold sets in, Dillon is “living out of a suitcase.” Still, Dillon said she felt more fortunate than most.

While she initially hesitated to live on the Island while the town is being rebuilt, Dillon decided to stay because she loves the area.

Kelley Frohlich, this university’s senior development director for Florida and the Southeast region, is dealing with less severe but still difficult circumstances in Punta Gorda, Florida.

The town was in the eye of the hurricane but didn’t suffer the predicted storm surge, Frohlich said, and it was rebuilt to withstand category five hurricanes after Hurricane Charley in 2004. As a result, Punta Gorda suffered structural damage but did not flood like neighboring Fort Myers Beach and Naples.

Frohlich described herself as fortunate – her house is still standing and unlike most of Punta Gorda, still has power. The entire area doesn’t have Wi-Fi, making it difficult for Frohlich to work, and many people don’t have running water.

Hurricane Ian’s impact was not restrained to Florida.

When Lily Figgs, a senior kinesiology major, arrived home in Ocean City, Maryland, on Sept. 29, she was greeted with boarded up homes, temporarily closed businesses and her little sister.

Figgs’ sister attends Flagler College in St. Augustine, Florida, one of many schools in Florida that closed due to Hurricane Ian.

Though her sister escaped the dangers of Hurricane Ian in Florida, remnants of the storm followed her back home to Ocean City. Lightning and thunder kept Figgs and her family inside all weekend.

Ocean City was planning to host the Oceans Calling Festival, a three-day music festival featuring artists such as Dave Matthews and The Lumineers, from Sept. 30 to Oct. 2.

Some of Figgs’ friends and family own businesses in Ocean City and were expecting a lot of money to come in through the festival. Hotels were fully booked, she said, and restaurants brought in extra staff and inventory for the weekend.

“It was supposed to be a huge tourism, money being spent in the economy weekend, and then that, of course, just didn’t happen,” she said.

Despite the difficulties Ian brought, there have been some silver linings.

Even as everyone in Punta Gorda is struggling, the community is coming together, Frohlich said.

“Everyone’s trying to get their stuff taken care of that they need to and then, you want to do that as quickly as possible so that you can go help people in a worse situation,” Frohlich said. “There’s a lot of resiliency … we’re all in this together, and we’re gonna build back stronger than we were before.”