No. 2 Maryland field hockey dazzles in 11-0 throttling of Georgetown 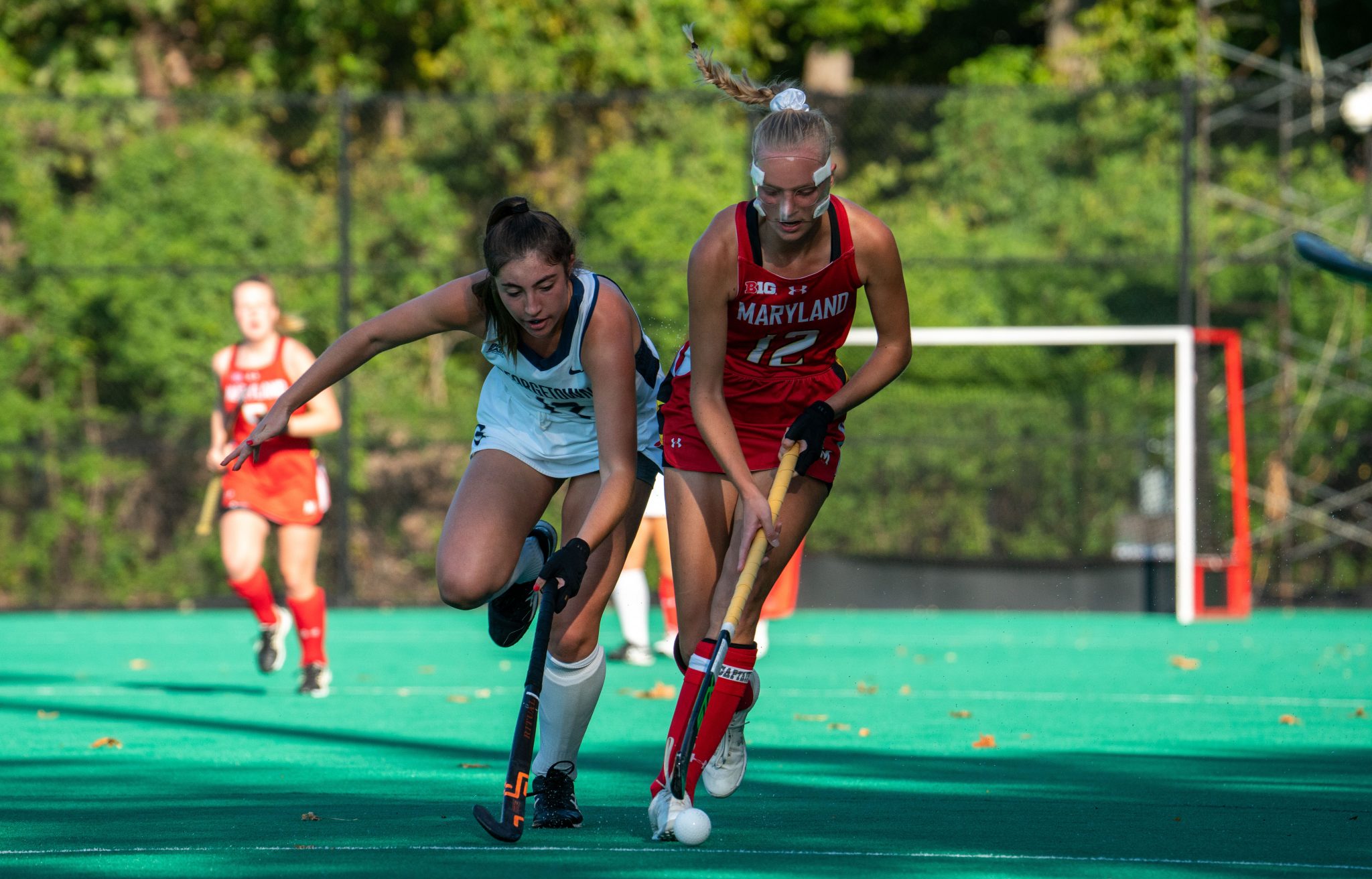 The Hoyas entered Tuesday at 3-10 and losers of seven games in a row. They were noticeably outmatched by the Terps’ unyielding offensive attack that dominated time of possession and a defense that was quick to intercept passes and turn them into opportunities to put the ball into the goal cage.

Maryland scored twice in the game’s first four minutes, taking an early lead that never came close to being threatened. Capitalizing on a pause on facing fierce conference opponents, the No. 2 Terps scored a season-high 11 goals, took a season-high 39 shots and thrashed Georgetown, 11-0.

“I think it shows a really good level of discipline for the girls,” assistant coach Scott Tupper said. “They continued to play smart and simple hockey.”

Four opening quarter goals for Maryland marked a new season high, topping its previous best of three in its 7-2 victory over Michigan State in September.

Donnelly capped the dominant first quarter with her second goal of the game and fourth of the season, successfully converting on the Terps’ second penalty stroke chance of the year.

Maryland’s offense has outshot opponents 73 to two over its last two games dating back to last Friday’s defeat of Indiana. The Terps’ 34 shots in the win were a new season high that ultimately stood for four days.

“I do think we are one of the best defensive teams in the country,” Tupper said.

The unit continues to tower over opponents in the scoring and shooting margins despite the absence of forward Hope Rose for the fourth consecutive game.

Senior midfielder Emma DeBerdine and graduate midfielder Leah Crouse, who have started every one of Maryland’s 13 games entering Tuesday and combined for 12 goals this season, were also held out of the Terps’ record-setting offensive showing.

In their places, Kylee Niswonger started for the second time in 2022 and Sam Zywna, Carly Hynd, Maddie Gaughan, Ava Trexler and Logan Anderson all set season highs in minutes played.

Seven different players scored a goal after five did so in the Terps’ most recent win as Maryland continues to spread the scoring around, adjusting to playing without Rose.

The Terps were awarded three penalty strokes after taking just one all season prior to Tuesday. Donnelly took all three, scoring on two to give her first career hat trick. Donraadt earned one of her own, scoring her third of the day late in the fourth quarter.

“It’s fun, we’re really good friends,” Donnelly said. “We were joking, [Donraadt’s] parents are here right now and they’ve been feeding us dinner so they must have put something in there.”

As the Maryland defense held a team without a shot attempt for the first time since 2019, the offense set a new season high in goals and shots as it breezed its way to the largest margin of victory of the season.

“It’s really easy to get in awe of the 11 goals and the amount of shots that we got,” Tupper said. “But to give up zero [shots] … it’s very easy when you get a little bit of a margin in your favor to relax a little bit and the girls didn’t do that … They weren’t relaxing. For me, it’s a small indicator that we are a very good team.”