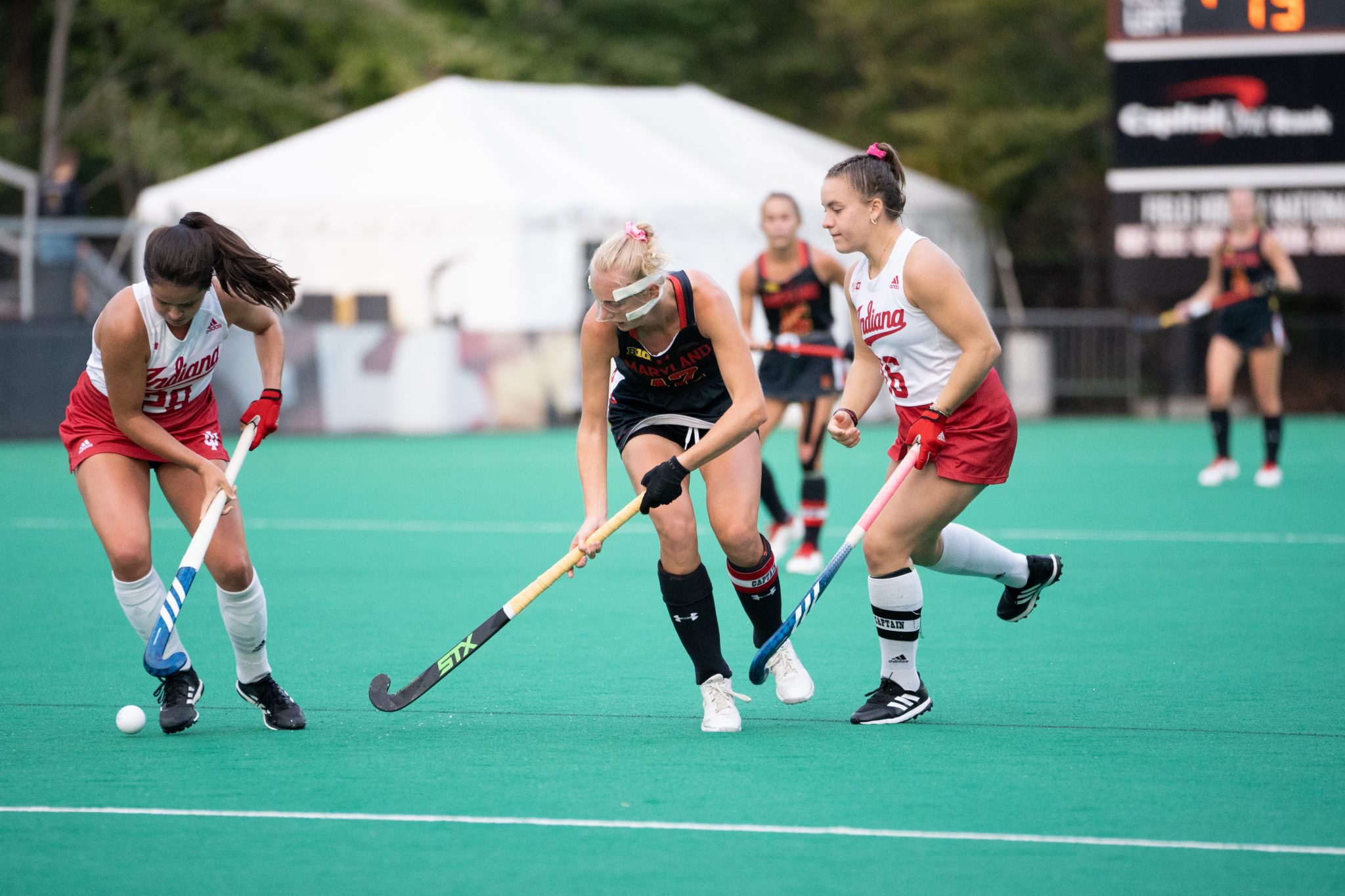 The Terps moved into first place in the Big Ten after the victories and wanted another win over the unranked Hoosiers Friday to keep them there and grow their lead.

They scored four first-half goals to set the tone in a dominant 5-1 home win. No. 2 Maryland took a season-high 34 shots and tied their season-low in shots allowed with two in the victory. The Terps won their fifth straight game and moved to 6-0 in the Big Ten.

“You can get really bored by a game like this,” Meharg said. “I thought Maryland didn’t.”

The Division 1-leading 12th win of the season kept them in first place in the conference with only two Big Ten opponents left on the regular season schedule as they chase the coveted No. 1 seed in the postseason conference tournament.

Maryland played without leading goal-scorer Hope Rose, who missed her third consecutive game with a lower-body injury per a team spokesperson But despite that absence, the Terps’ offense didn’t stumble against the Hoosiers.

Emma DeBerdine found the net first. After the ball ricocheted around the shooting circle on a penalty corner attempt, DeBerdine collected a rebound and slapped it through on Maryland’s third shot of the possession.

“Without Hope, it’s really been a change for us,” DeBerdine said. “But we’ve had a lot of forwards really step up.”

The Terps scored for a second time minutes later in the first quarter. Six shot attempts missed followed DeBerdine’s score but Bibi Donraadt scored on the seventh, doubling the Terps’ lead with the midfielder’s fifth goal of the season.

Maryland added two more late in the first half with goals less than one minute apart from each other. Margot Lawn scored seconds after Riley Donnelly did, quickly doubling the Terps’ advantage again to end a 12-plus minute scoreless stretch.

“Being able to have so many different people score today was just great,” DeBerdine said.

Indiana was kept in check for nearly the entire first half. A penalty corner goal with less than a minute in the half to go erased what was nearly two perfect frames for Maryland’s defense.

“Our defenders are world class at stepping up and intercepting the ball,” DeBerdine said. “They really showed that today and they did a great job of not even letting the ball in the circle.”

The unit was perfect from there on, however. The Hoosiers were stuck at one shot taken, their lone score, through the third quarter. Indiana added one shot attempted late in the fourth quarter that was blocked by goalie Paige Kieft.

“I think it’s just the nature of holding on to the ball, possessing it, playing smart hockey and always making sure that when you do lose the ball, you have a cover behind you,” Meharg said. “We’re just smart. We’re doing really well in the back.”

[Maryland field hockey has excelled in overtime since Princeton loss]

Maryland’s only score in the second half came via Nathalie Fiechter. It was the senior midfielder’s first goal of the season and it stretched the Terps’ lead to 5-1, which they maintained throughout the fourth quarter.

The Terps flexed their offensive depth, as six different players recorded at least three shots in the victory. Donraadt and Donnelly led the team with seven and five shots, respectively.

“We do have a lot of depth,” Meharg said. “It’s nice when we can get on the board and get a lot of shots so we can even use the depth even more than we have been … it’s Big Ten hockey and you don’t know what you’re going to get on any given day.”