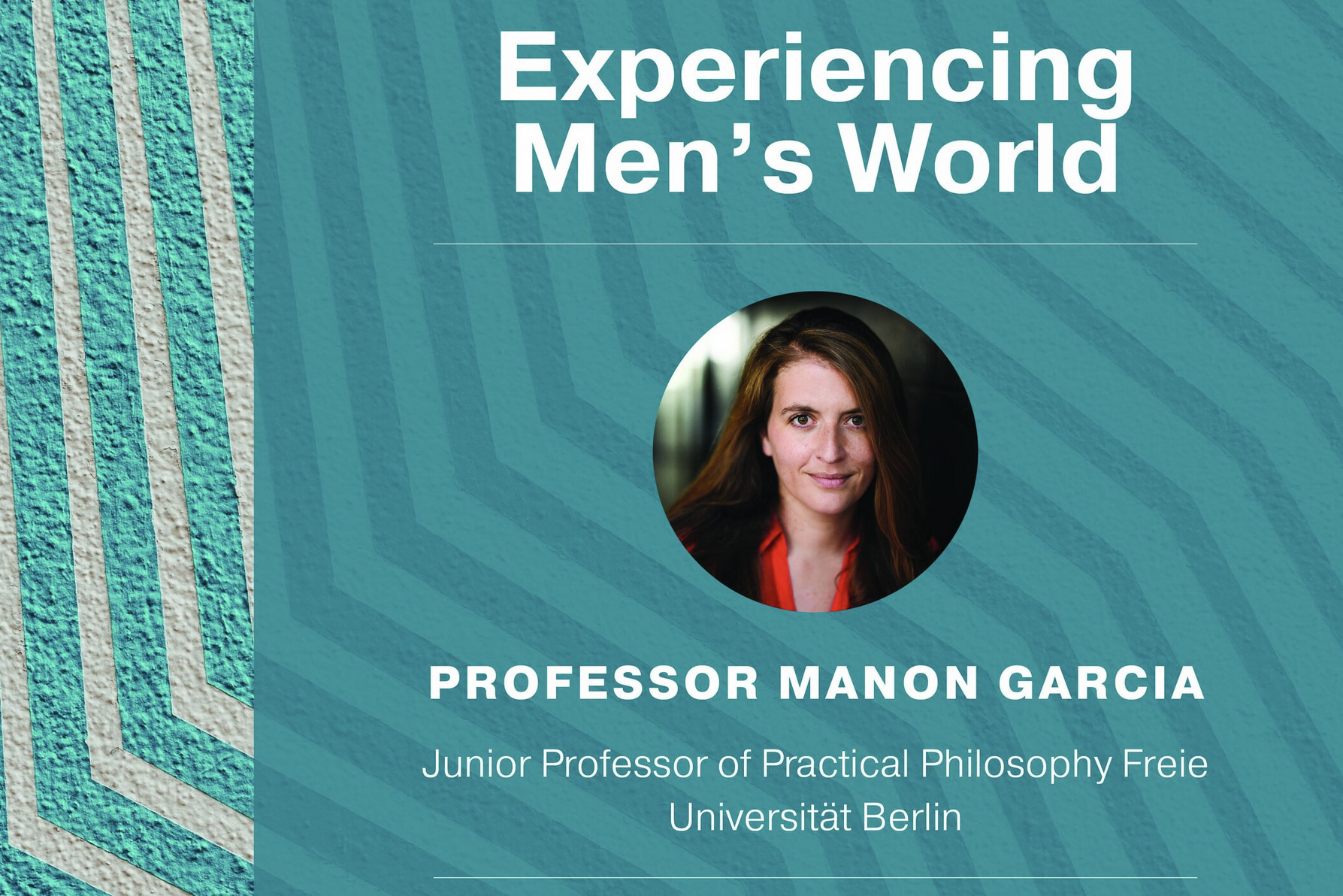 By James Matheson
For The Diamondback

Award-winning philosopher, author and professor Dr. Manon Garcia visited the University of Maryland Wednesday to discuss her studies on the difficulties women face due to gender hierarchies.

“For students particularly, it’s really important to understand how the world works and how systems like patriarchy function,” Dr. Kate Seaman, assistant director of the Bahá’í Chair for World Peace and organizer of the hybrid event, said.

Garcia, junior professor of practical philosophy at ​​Freien Universität Berlin and author of La Conversation des sexes, highlighted how the world was designed through the male lens in which women are intended to perpetually function in ways that fulfill the needs of others.

“One of the most important effects of patriarchy is to deprive woman of this experience of themselves, first and foremost as subjects,” Garcia said in the lecture. “Women are at every point in their lives taught to see themselves first as objects.”

The idea of existing singularly for the benefit of others is instilled as early as puberty, according to Garcia.

She said as young women develop, they begin to experience their body being noticed in public, at family gatherings and in school. Their bodies are objectified and young women are made to feel as though their bodies are for others before given a chance to fully mature.

“Suddenly these breasts, these hips, this body is not yours. Very often, this happens before women have sexual desire and sexual awareness of their body. Suddenly you’re like, ‘What is it about my body that makes people so weird?’” Garcia said.

She noted this early objectification extends its grasp beyond a woman’s sexuality.

Garcia acknowledged her privilege as a highly educated, white, cisgendered woman and described her own life experience with the societal ideals of femininity as well as the restrictions that come with them.

She said deeply rooted gender roles and the creation of a society designed for men also forces women to second guess decisions they make on a daily basis.

“I have never heard any of my male colleagues nor any of the male writers that I read talk about their appearance or their parental duties, and how they may come in the way of work or events that are important for their careers,” Garcia said.

The concepts of a men’s world Garcia explores are exemplified globally in addition to the college setting.

Margot Rizzi, a senior English and psychology major, said women are taught to think about a lot of things going into college that men don’t have to worry about.

“[Patriarchy is] something that I’ve always had a concept of even since I was young … going to college, it becomes even more prevalent,” Rizzi said. “You have to have a constant sense of keeping an eye out for yourself.”

An example she used was how women going into college are taught to never leave a drink unattended.

Garcia discussed how a violent system of patriarchy, male-dominance and destruction is currently on display in Iran. After the death of Mahsa Amini, a young woman arrested for improperly wearing her hijab, protests for women’s autonomy erupted globally.

“For women in Iran right now, experiencing a man’s world means having to fight for their survival,” she said.