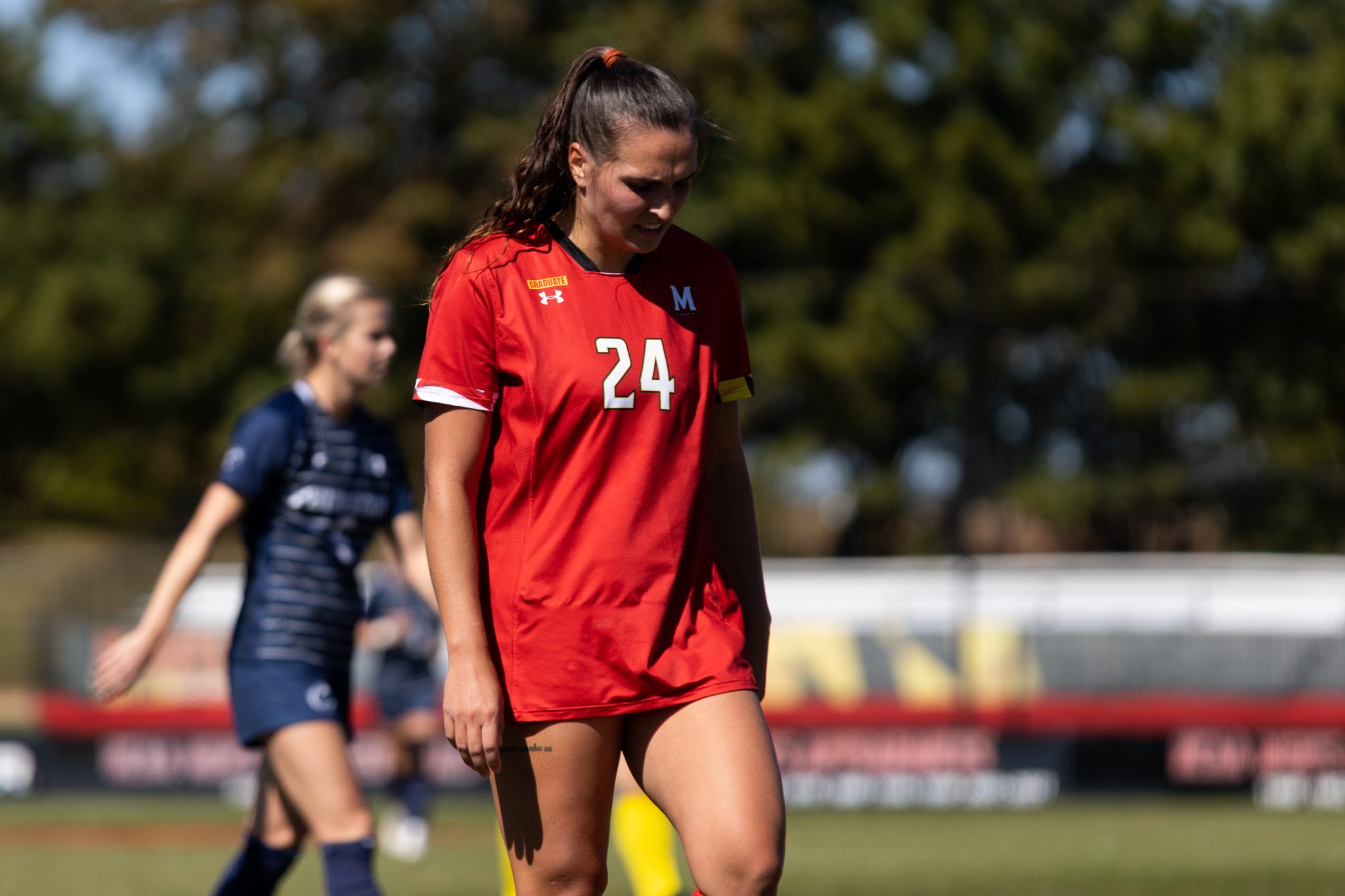 Three Nittany Lions stood over a dead ball outside of Maryland’s 18-yard box. Penn State was hungry to convert a free kick after missing a penalty moments earlier.

Midfielder Olivia Smith rolled the ball in the path of her midfield partner Cori Dyke, who converted the set piece to double the Nittany Lions’ advantage.

“I think we were just a tad bit too late. We spoke about pressing them in certain areas and I thought, for the most part, it worked in the first half where we created about five or six dangerous opportunities,” Nemzer said.

“When you play a talented team like Penn State, they’re going to find ways to get in and out of that.”

Heading into the game, both teams suffered a slip in form. The Nittany Lions were ranked as high as No. 6 in national rankings this season but sat unranked after suffering consecutive defeats to Michigan State and Ohio State.

Maryland had been the first to score in its last three matches. In just the opening 15 minutes the Terps put up five shots — four of which came within a two-minute span. The Nittany Lions were reduced to just a single shot in that span.

Penelope Hocking rose above a Maryland defender to get on the end of a botched clearance. Her header found the run of Natalie Wilson behind the Maryland backline. Wilson took just one touch to get the ball settled on the ground before placing her finish out of reach from Maddie Smith to get Penn State its first goal of the afternoon.

Maryland found good opportunities to test Katherine Asman, but the Penn State goalkeeper was not forced out of her comfort zone. She ended the half with zero saves. At the end of the first period, Maryland outshot Penn State by three, but Penn State managed to place all three of the shots they’d taken on the frame of the goal.

The half ended with controversy. After Ava Morales won a free kick with silky dribbling on Maryland’s left wing, the referee called the play back after allowing an advantage.

Sofi Vinas lined up over the free kick and whipped a ball in toward the near post and met the head of Kam Fisher whose effort met the back of the net.

The call ignited an already vocal crowd and left Nemzer and her squad in disbelief.

“Obviously some calls didn’t go our way, but that’s out of our control. We’re just trying to control the things we can and we’re going to go back to the drawing board,” Catherine DeRosa said.

Heading into the second half Maryland had to fight for an equalizer, something they’ve done from 1-0 down numerous times this season.

In less than five minutes from the second-half kickoff, a mistimed tackle gave Penn State a penalty in the box. The penalty taken by Ally Schlegel was saved by Maddie Smith. After the penalty, Penn State recorded six shots, managing to place each on target.

The Nittany Lions continued to apply pressure and won a free kick just a few minutes later, which Dyke converted to give the Nittany Lions a near-impenetrable late edge.