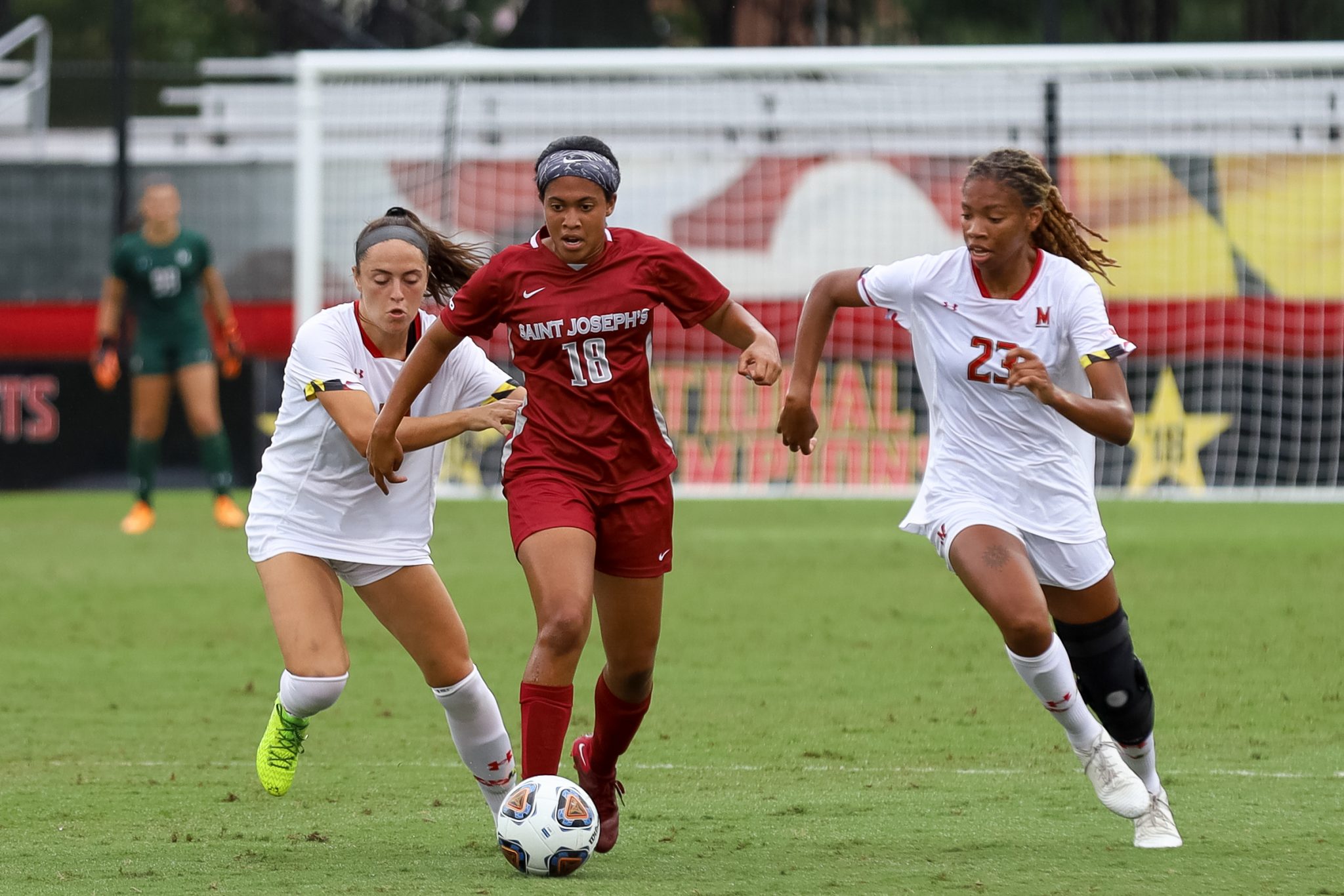 Maryland women’s soccer was handed its worst defeat of the 2022 season at the hands of Michigan State — a 4-0 trouncing at Ludwig Field.

Sunday’s loss marked the Terps’ fourth consecutive defeat after the program’s milestone win against Michigan. The defense allowed the most goals in a single match all season against the Spartans.

The Terps have conceded 10 goals over their past four losses while scoring just three. Maryland has allowed more goals in the past four games than the rest of the entire season, a campaign that started off with strong defensive play.

“There’s some injuries that we’re having right now, and the travel probably stacks up a little bit right now,” coach Meghan Ryan Nemzer said. A team spokesperson said the team declined to specify the injuries.

Defender Christa Waterman started the game on the bench and only played four minutes in the defeat, her fewest minutes of the season. The loss marked just the second game all season the Terps have played without Waterman starting.

The graduate defender has logged a full 90 minutes six times for the Terps with the most recent against Wisconsin Thursday night.

Defender Tahirah Turnage has also missed out on recent matches.

Turnage hasn’t played since the Terps’ 3-2 loss against Illinois. The freshman defender found her way into Maryland’s starting 11 in early September.

Since Maryland’s defeat to Wake Forest, Turnage had started every game up through the match against Illinois in the Terps backline and picked up Big Ten honors after helping to shut out Michigan in Maryland’s 1-0 win to start Big Ten play.

In their last few matches, the Terps have played some of the highest scoring offenses in the Big Ten. Rutgers, Michigan State and Wisconsin are first, second and third in scoring in the conference this season as of Tuesday

Nemzer gave credit to Michigan State for its performance and is looking ahead to try and flip the script in Sunday’s matchup against Penn State.

The Penn State offense will pose another big challenge for the Terps. Despite coming off of a 3-0 loss to Ohio State, the Nittany Lions have posted 21 goals in 12 games this season — sixth in the conference.