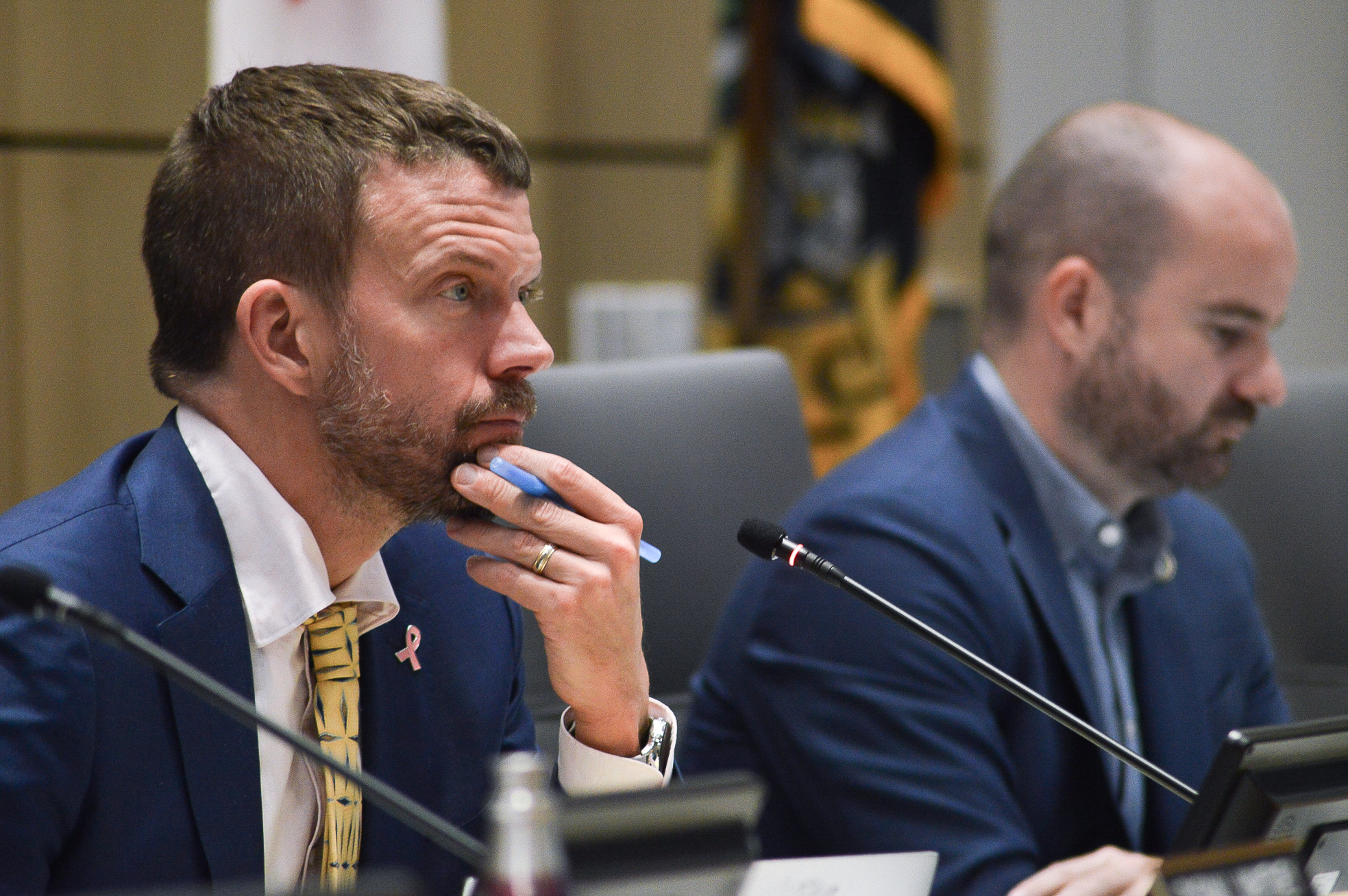 The College Park City Council discussed the possible creation of a special district in the city with higher taxes that would go toward more police surveillance in student-heavy areas Wednesday .

The proposed tax district covers much of the Old Town neighborhood and areas around off-campus apartments near the campus. District 3 council member John Rigg proposed the district.

The council in the past has been unwilling to use general city tax revenue to fund additions to police in specific areas, Rigg said, which is why he proposed a specific tax district. This would mean only the areas who pay more taxes would receive added safety measures.

“Our commercial core deserves a higher level of service than other communities,” Rigg said. “That’s not a direction this council has been willing to go explicitly.”

In 2013, the city altered its charter to allow for this type of special tax district to enhance police, fire and rescue services.

The city-university partnership’s public safety committee in 2013 laid out goals for public safety improvements, which were mostly achieved, according to Bob Ryan, the city’s public services director.

The city previously used revenue from speed cameras to achieve the 2013 goals, but Ryan said the city has “reached the limit” for other safety projects.

There were multiple options discussed at the meeting for what the money from a tax district could be used for, including additional officers, live-monitored cameras and noise-enforcement technology.

An additional police officer on duty constantly patrolling this area would cost the city $515,000 per year, according to the city budget.

The University of Maryland Police Department monitors 21 cameras off campus in the city as of the start of the 2023 fiscal year, which costs the city more than $160,000 every year.

The Downtown College Park Management Authority, made up of the businesses in and around the College Park Shopping Center, is included in the proposed tax district. These businesses are required to collectively pay $12,000 per semester for an additional officer to patrol the area on Friday and Saturday nights.

Mayor Patrick Wojahn said the council should keep in mind that these businesses are already paying more for added public safety.

Rigg said the next steps for this tax district should be putting together a more concrete budget and having further council discussions.

Adams, who recently had a meeting with the Interfraternity Council, said the members felt comforted by public safety measures in the area.

“They definitely identified feeling safe when they know that a lot of camera monitoring are occurring in Old Town,” Adams said.