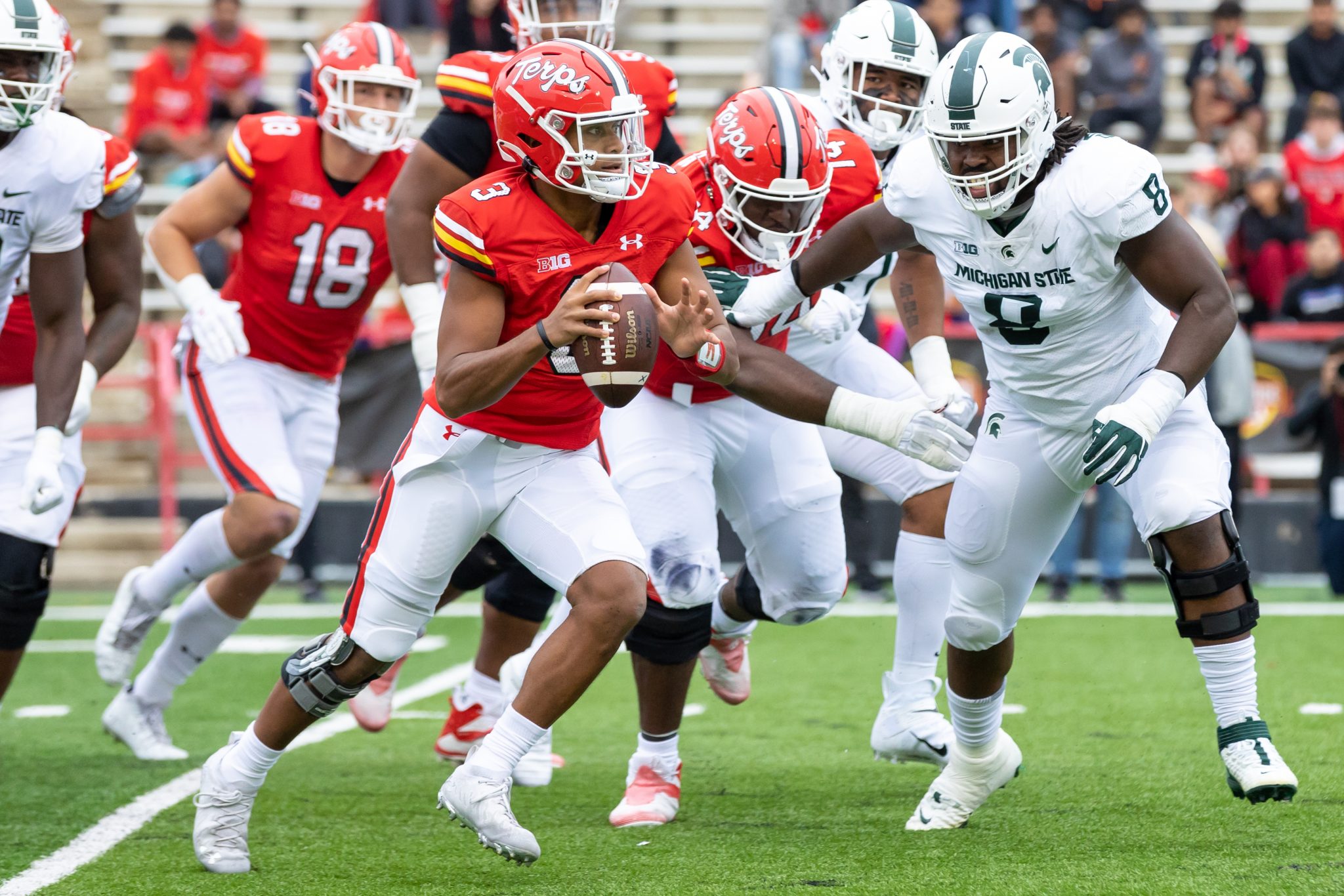 Taulia Tagovailoa visited his older brother, Tua Tagovailoa, in Florida Saturday. It was their first in-person meeting since the Miami Dolphins’ quarterback suffered a concussion last during Thursday’s game and needed to be carted off the field.

Maryland’s quarterback spoke to the media for the first time since the injury occurred, revealing what prompted him to play in Saturday’s win over Michigan State and the support from his team that guided him through the difficult period.

“My team was the biggest help,” he said. “I had a lot of shoulders to cry on.”

He watched the game and the hit with visiting relatives and said he struggled to get his brother’s injury out of his mind Friday.

“When things like that happen to my brother, it’s hard for me to cope,” Taulia said. He also hadn’t been able to talk to his brother on the phone yet — adding to his concern. Tagovailoa called his mother “every hour of the day” for updates. On Friday, Maryland’s quarterback didn’t know if he’d play against the Spartans.

Part of Taulia wanted to go to his family in Florida and hug his brother, he said.

But when Tua Tagovailoa called Taulia Friday night after the Terps’ team dinner, he encouraged him to play, saying he wanted to watch Maryland win. That conversation brought Taulia’s joy back and made him excited to play against Michigan State, he said.

The call let Taulia get back into his routine, he said.

Tagovailoa played and led Maryland to the 27-13, win — a game he said Tua Tagovailoa watched.

“He’s always excited to watch our games because he’s really close with Coach [Locksley] and [offensive coordinator Dan Enos],” he said. “He was excited, we talked about the game but it was more so spending time … I only got like eight hours to spend with him [in Florida].”

“But we made those eight hours count.”