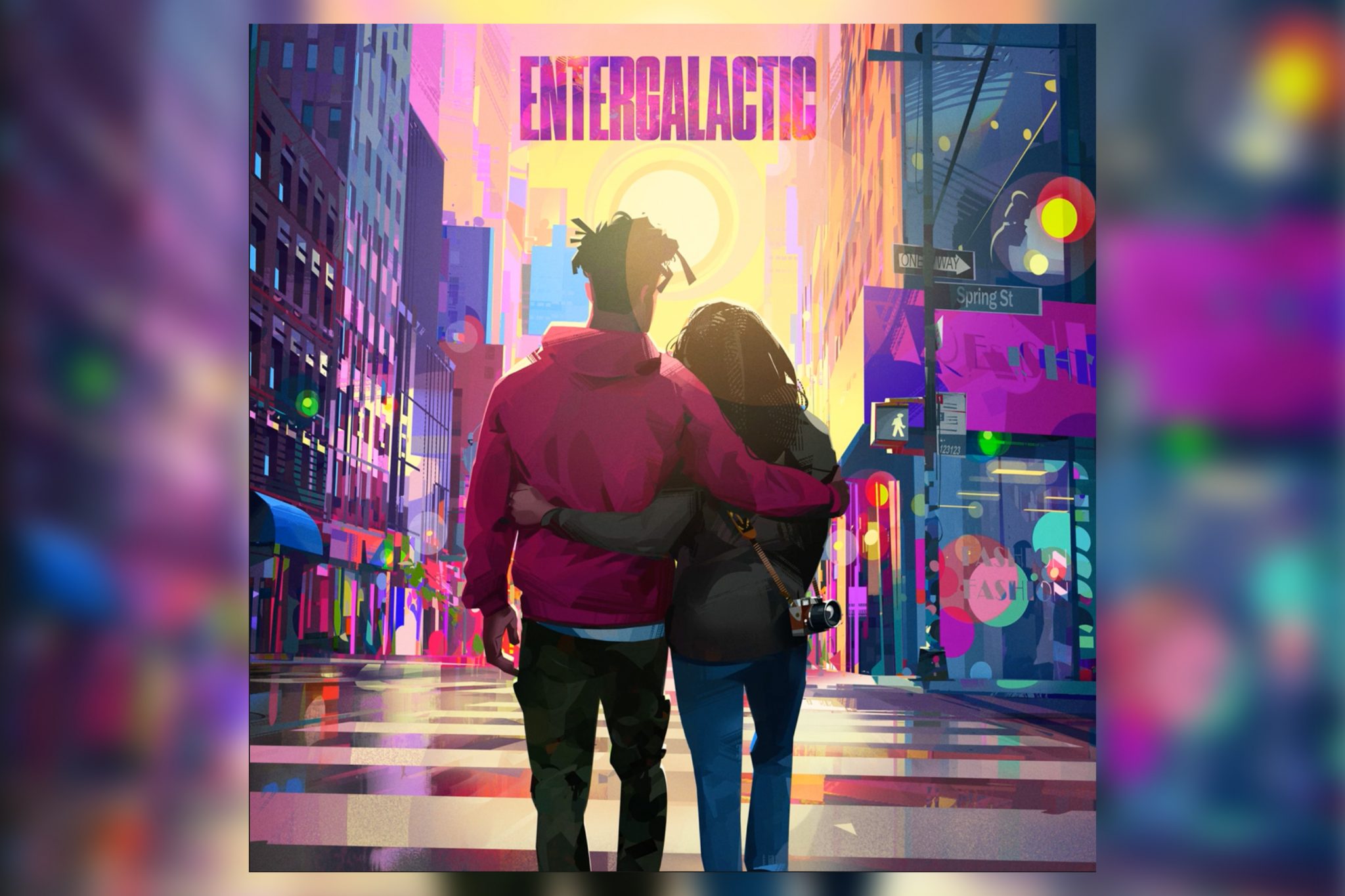 American rapper, Scott Mescudi, also known as Kid Cudi released his album Entergalactic Sept. 30 in tandem with an animated series of the same name, mixing art, fashion and music all at once.

The album opens with the animated series’ theme, which immediately embodies the ethereal and cosmic narrative, yet still taking place — mostly — on the very real Earth. The gorgeous animation is about an artist, Jabari, who finds success living out his dream in Manhattan until he falls in love with his neighbor and struggles to balance this budding love.

Mescudi is known for producing well received, successfully experimental, hip-hop music. With hints of alternative and rap in the mix, his signature style is easily detected in Entergalactic.

Entergalactic has some remarkable moments, but like every album, has sour elements that don’t resonate, which is a little disappointing as it lines up with this brilliant animation.

“Can’t Believe It” featuring 2 Chainz sets up a promising trap beat as Mescudi fits his lyricism in every subdivision. However, 2 Chainz joins with a flow that just ultimately does not match. It’s not unforgivable but could be better.

Mescudi has some features on the album that arguably could have been left out. While features such as Ty Dolla $ign, Steve Aoki, Don Toliver and Dot Da Genius helped enhance the album — the 2 Chainz feature fell short.

Don Toliver and Ty Dolla $ign are signature spices who only make the pot more interesting, as their tracks are coming around to being my favorites.

The final track “Burrow,” named after Joe Burrow from the Cincinnati Bengals, just falls short of being satisfactory. It’s trap music for Geometry Dash, stacked up with promising features that ultimately come very close to disappointing.

The album is underwhelming, and I had hoped it would have some type of bridge to where we first saw this idea in 2009 of “Enter Galactic (Love Connection Part I)” on Man on the Moon: The End of the Day. This track alone, in my opinion, is a better listen.

Early Kid Cudi music might also play an integral part in my bias because it played a significant role in my childhood. I remember listening to him in the car while my parents drove me home after school.

Some promising tracks are present such as “Willing to Trust” featuring Ty Dolla $ign, “Livin’ My Truth” and “Do What I Want.” Some tracks, however, lack clarity and balance, where Mescudi’s voice gets muddied and drowned out by his fascination with celestial synth.

While this album, as Mescudi says, is most representative of his true artistic identity, it truly does not stand a chance following Man on the Moon III: The Chosen.

But then returns the animated series Entergalactic that also premiered on Netflix the same day. This can save even the most disappointing parts of the album and highlights Mescudi’s sublime artistry.

[Review: ‘The D’Amelio Show’ continues to blame its own audience]

Also, don’t be fooled. The phenomenon of animation and music being presented together, now, as earth-shattering and “never before seen” art would be an admittedly lazy addition to the conversation — I’m certain this point wouldn’t please Damon Albarn and Jamie Hewlett from Gorillaz.

Mescudi doesn’t typically explore this side of his brain outwardly to his listeners, and it’s a pleasant surprise. His narratives were so colorful even before we got to see the picture. Watching the premiere of the animated series was a harmonious collection of colors, and it beamed hues I didn’t know my TV could show.

The animation features voices from stars such as Timothée Chalamet, Vanessa Hudgens, Jaden Smith and Kid Cudi himself. The plot is elegantly explored and masterfully pieced together in style through the magnificent artistic vision of Mescudi.

“This is probably the biggest thing I’ve ever done as an artist,” Mescudi said in an interview with Collider.

He shared if no one knew who he was, this would be the first thing he’d want them to listen to and watch. Entergalactic embodies Kid Cudi’s true artistic identity in its full form.