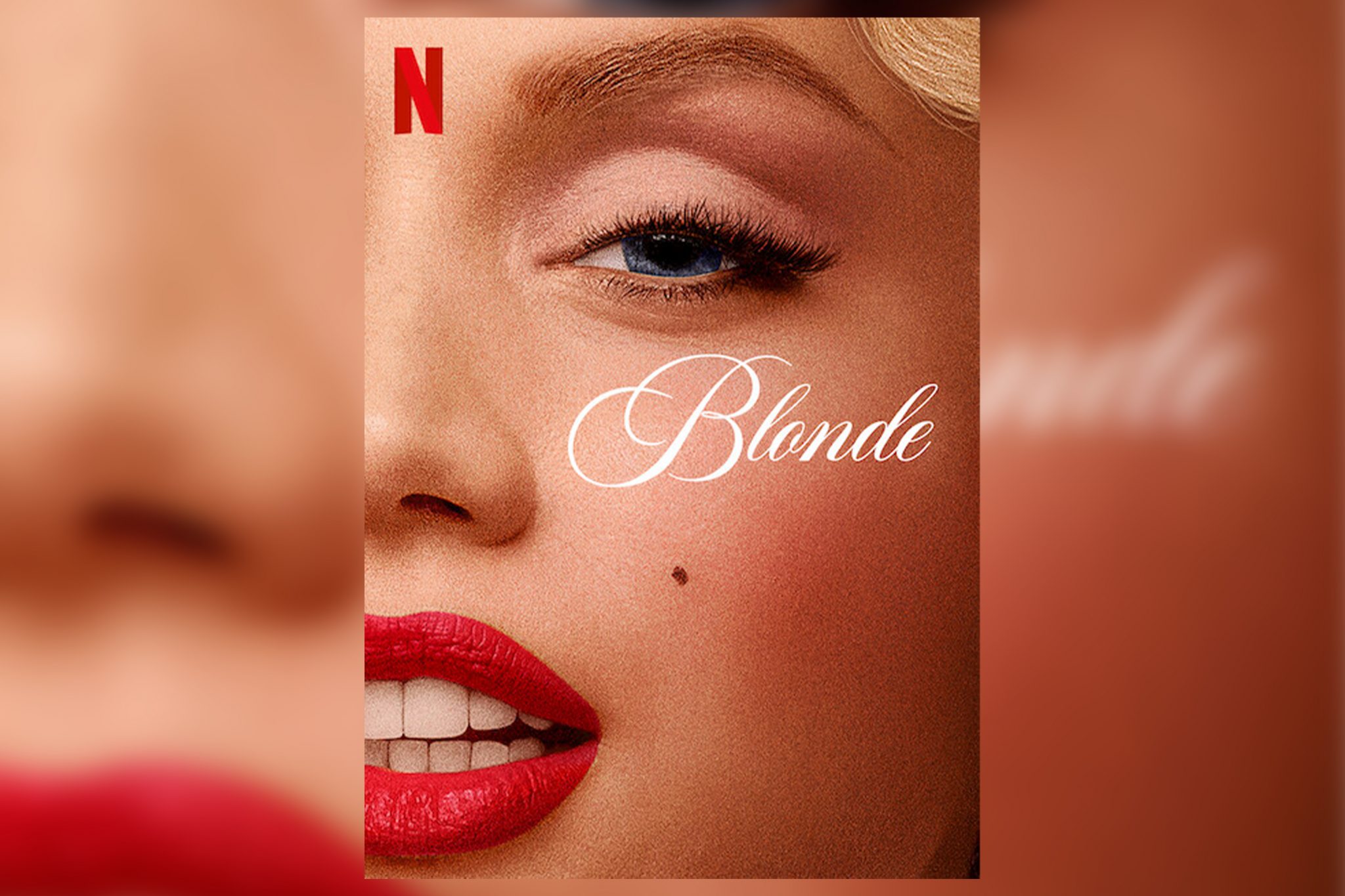 In the newly released Netflix film Blonde, the opening scene is captivating, with flashing scenes of an iconic sex symbol shot in black and white. Then, the movie quickly cuts to the story of a young girl’s abuse by her mentally ill mother. It’s sad to say, the film only got more depressing from there.

Blonde is a compilation of alluring visuals better left unseen at the risk of triggering emotional trauma. Profiting off of the 1950s misogynistic sexualization of women in film, this movie acted as a grotesque deviation from reality that has no place in 2022.

Inspired by photographs of Marilyn Monroe — born Norma Jeane Mortenson — this mostly fictional biopic spans Monroe’s life from age 7 to her mid-30s, covering the legend’s rise to fame and failed marriages. But truthfully, the movie is no more than a surface-level, pornographic film disguised as a visually appealing compilation of an icon’s private struggle.

Director Andrew Dominik brazenly oversimplifies the psychology of “daddy issues” and goes as far as to capture Monroe shaking as she leaves a film studio president’s office, teary-eyed and numb as she seemingly detaches from herself after being sexually assaulted.

In line with the film’s offensive simplification of father-daughter relationships, a song is sporadically infused throughout the beginning of the movie.

“Every baby needs a da-da-daddy, in case she runs around,” the lyrics go.

Dominik makes it incredibly clear he knows little to nothing about how traumatizing this linkage between “daddy issues” and sexual assault can be to any young girl who didn’t grow up with a typical father figure. The film sends the flawed message that these traumatic events are unequivocally and inseparably linked in the name of art.

Ana de Armas, who plays Monroe, beautifully captures an array of emotions with unexpected shifts from sanity to madness. But Monroe’s talent is constantly undermined by the sexual desires of egotistical male-dominated film crews and directors and Dominik’s framing of her as a woman who can’t separate work from her personal life.

Armas plays an unaware, mousy Monroe hauntingly well, turning into a seemingly dull-witted, routinely nervous woman with no real emotional connection to herself beyond her ability to manifest the character’s trauma.

Seeking her father’s approval through her various lovers, Monroe’s marriages are influenced by her need to please and receive affirmation. The only character development she undergoes is sexual liberation that borderlines exploitative grooming, and she is never given proper autonomy or control.

With little substance written into the script, viewers also lack any understanding of Monroe’s emotional depth and thought process as she’s thrown from director to director.

This glorification of ill-represented father issues and their connection to a vulnerable woman’s submission into a sexual assault-driven film culture should be watched only in private or with viewers fully aware of the seriously disturbing content. This film is as crude as Midsommar was stomach-churning — but in Blonde, the toll is all emotional.

Anyone who clapped for 14 minutes during the film’s standing ovation at the Venice Film Festival earlier this month needs to seriously consider what makes a quality film. It seems like a movie comprised of merely pretty, time-piece scenes are enough to fit the bill, even when it glorifies a traumatic trend of sexual abuse in Hollywood.

The only actual plot in the nearly three-hour film lies in Monroe’s desire to escape her own life through her characters. Nevertheless, after watching the film, all I’m left with is one regretful question: Would the real Marilyn Monroe want this film adaptation? I wouldn’t.