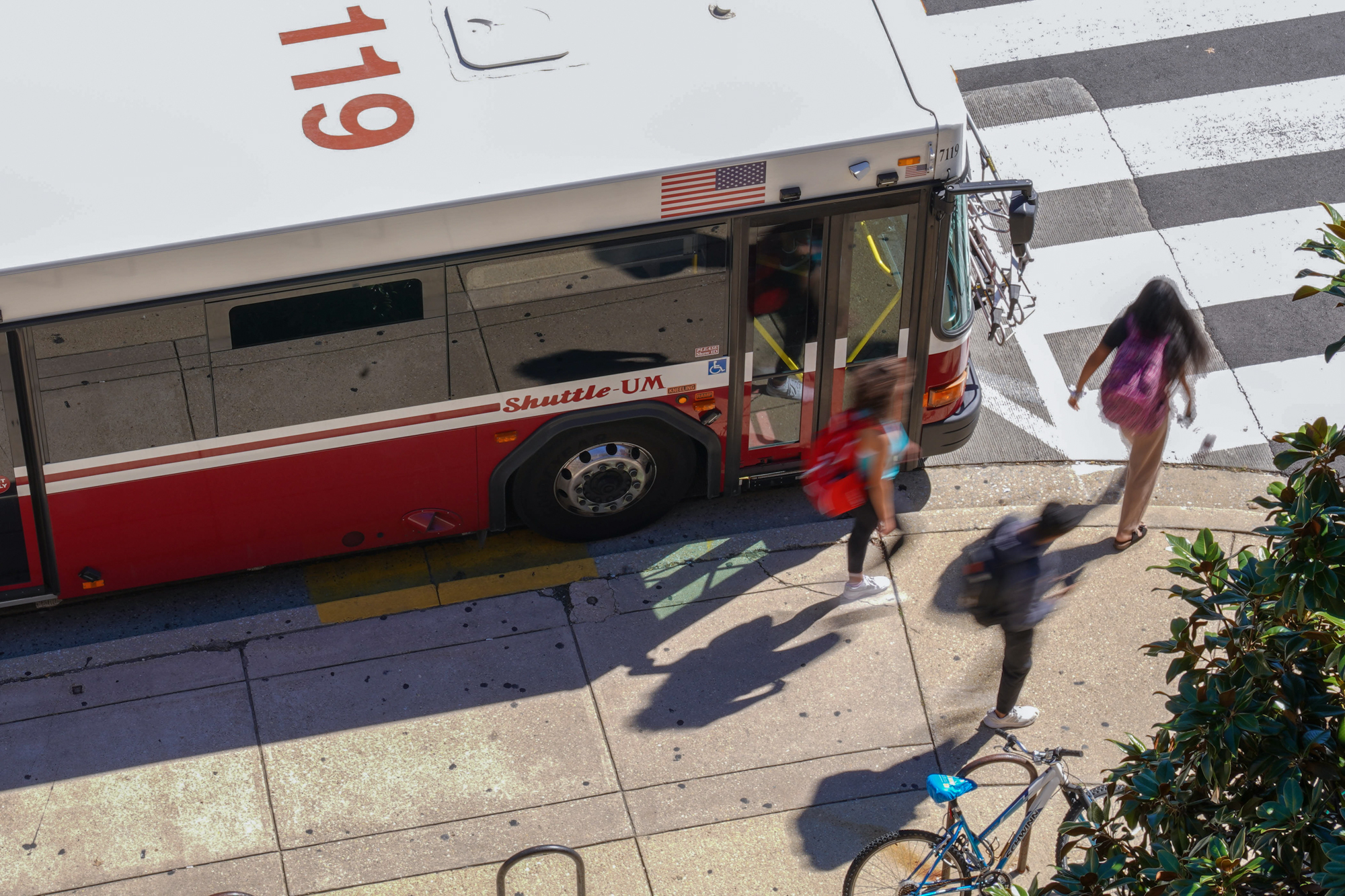 University of Maryland students commuting from Gaithersburg on the #141 shuttle made progress this week in their longtime battle to combat overcrowding and a shortened schedule, but commuters say there is still a long way to go.

Starting Monday, the Department of Transportation Services began providing an additional bus for the 10:05 a.m. departure time every Monday after the department determined it was the only route that exceeds planned capacity, according to a statement. DOTS also suggested that riders consider the 8:20 a.m. bus, which it said has ample room.

This development was the latest in a yearlong dispute between students and DOTS over the frequency and reliability of the 141 route. The department added an extra bus for the first and last routes of every day last fall to meet commuter demand, but commuters said they have still faced overcrowding and inconsistent arrival times.

Aymen Mehai, a senior computer science major, has taken the Gaithersburg shuttle since 2017 and has been at the forefront of the effort to improve the #141 schedule. He described the service as excellent until 2020, when the bus schedule was cut from ten to four times that it would leave campus. These four times do not include a noon time slot, which Mehai would prefer.

“I used to take that bus so I can pick up my sister from school,” said Mehai. “Now… I have to wait until three o’clock to get home and by that time, it’s a bit of a burden on my mother.”

The lack of scheduled departure times comes with overcrowding, which occurs multiple days each week, Mehai said. There have also been times when shuttles didn’t show up at all, he added.

Mehai has emailed David Allen, executive director of DOTS, about the overcrowding and unreliability and created a GroupMe for Gaithersburg commuters to prevent students from being left behind by the shuttle.

DOTS replied to Mehai’s email, mentioning the additional 10:05 a.m. bus and saying a schedule adjustment would be implemented to accommodate students with 8 a.m. classes at the start of next semester.

However, to Mehai, this addition is not enough.

“As Kobe Bryant once said, job’s not finished. Our goal is more times for the Gaithersburg route, as well as being more reliable,” he said.

Mehai and other commuters are still working to increase the frequency of the #141 shuttle this semester, rather than next. Mehai also noted that even if DOTS can’t make new time slots, they should make the ones available more reliable so students aren’t left behind or made late to classes.

“That’s unacceptable,” Thakur said. “It has to be every day — not just Monday, every day.”

Thakur said he finds the minimal buses this semester unfair and the lack of a noon time slot bothered him since it keeps him on campus longer than necessary.

Shuttle inconsistency is still an issue, commuters say, despite some improvement. Anu Faboro, a senior computer science major, was at the bus stop near Jones-Hill House on Tuesday waiting for the 2:30 p.m. shuttle, which didn’t show up until nearly 20 minutes after the scheduled time.

Inconsistency is a problem in the mornings as well, Faboro said. The shuttles for the 8:20 a.m. departure don’t arrive at the same time, so waiting the extra 10 minutes for the next bus could make students late to 9 a.m. classes. Getting to campus and back at night is also rarely possible, Faboro said.

“It’s really disappointing that DOTS still can’t take into consideration people who live within Maryland, within Montgomery County,” Faboro said. “We’re using UM shuttle every day … not being able to have a reliable system that even comes on time is irritating.”

Faboro has called DOTS about the problem, but she said she was told to contact the charter company, which she found inconvenient.

“It feels like the Gaithersburg and Columbia lines are being treated like afterthoughts,” Faboro said. “They’re not hearing us … they don’t think it’s a big issue.”