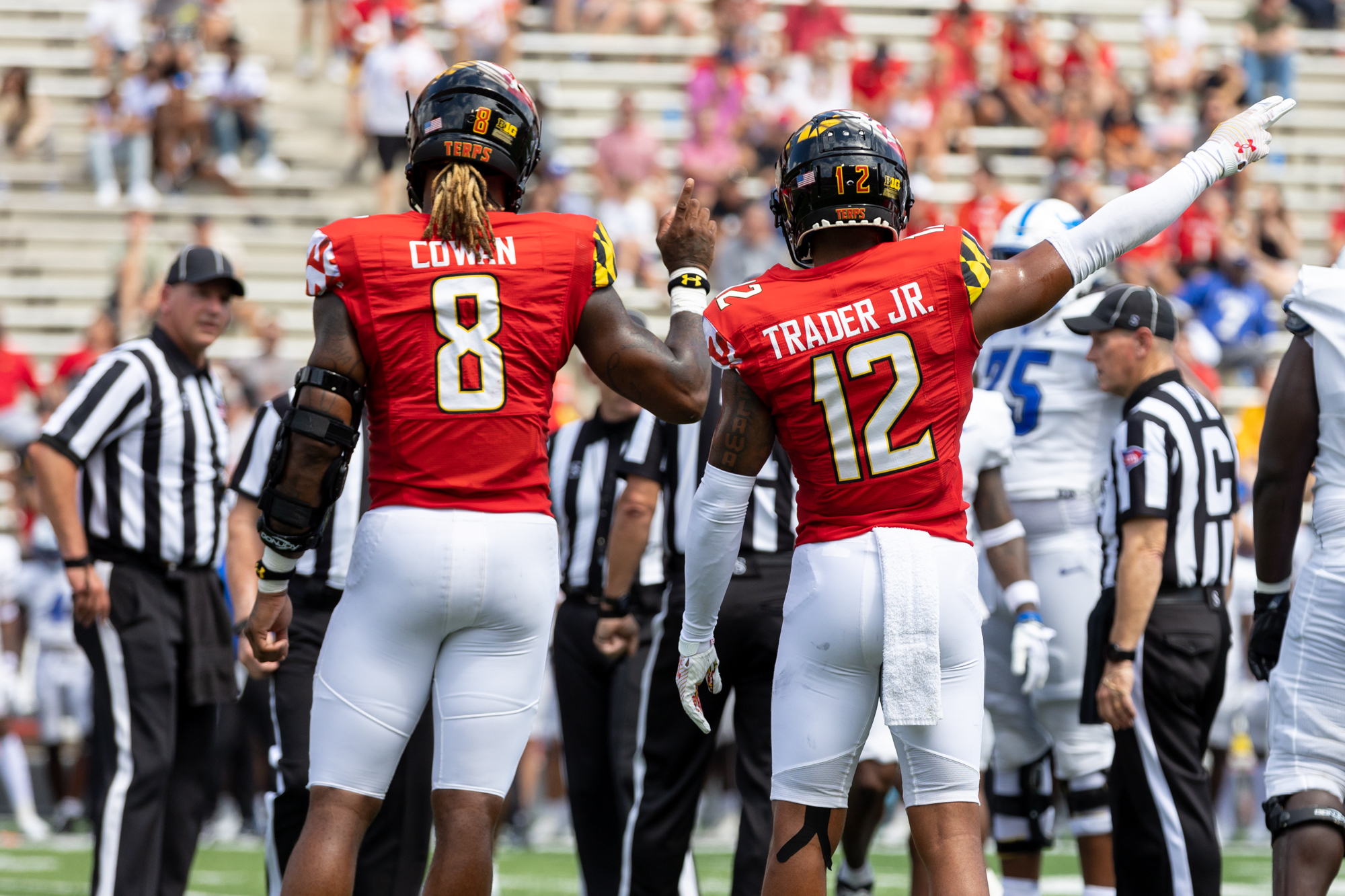 Following an injury-riddled four-year stint at West Virginia, outside linebacker VanDarius Cowan came to College Park in search of a “fresh start.”

“I dealt with a lot of injuries down at West Virginia, and it started messing with my mental,” Cowan said Tuesday. “I just wanted to get in a new area.”

Maryland football coach Mike Locksley provided that opportunity for Cowan last December. The two already had an established relationship with one another — Cowan played under Locksley in his freshman season at Alabama, when the two won a national championship in 2017.

Nearly half a decade later, the two have reunited — albeit in different roles.

The once-inexperienced Cowan is now a savvy veteran transfer for the Terps’ linebacking corps, while Locksley helms a Maryland football program looking to establish its footing in the Big Ten.

It’s been a successful reunion for the pair in the early stages of Maryland’s 2022 campaign, according to Cowan.

“It’s been great, I love it here, I love Maryland,” Cowan said. “I love playing under Coach Locks, the foundation, the fundamental things that he’s brought here and built this program on.”

But the Terps called on Cowan in Ann Arbor, Michigan, and while the linebacker played a part in a defense that gave up 243 rushing yards, he forced the sole Wolverine turnover.

With the score knotted at 10 near the end of the first quarter and the Wolverines within striking distance, Michigan running back C.J. Stokes attempted to gash Maryland’s defense with a run up the middle. Cowan burst free of his blocker, wrapping up the freshman and powering him to the ground for a two-yard loss.

As Stokes contorted his body on his way to the ground, the ball popped free. Ahmad McCullough jumped on it as Cowan began to celebrate, waving his arm as he backpedaled to the sideline.

Cowan’s forced fumble, the Terps’ third forced turnover in the past two games after not forcing any in their first two contests, delighted Locksley, despite the loss.

“The defense has continued to be opportunistic,” he said. “They’ve created some turnovers for us last week that really helped us maintain closing distance on the number four team in the country.”

When Locksley walked up to the podium at Tuesday’s press conference, he did so with a small green ribbon pinned just above the red “M” on his Maryland quarter zip.

Maryland football announced in a release last week that its Oct. 1 home game against Michigan State will be a Mental Health Awareness game. It’s the third time the Terps will take part in a game dedicated to mental health awareness and the second time the team has hosted the event.

“I remember the first time I asked Coach Locksley if he wanted to do this with me,” I’m Changing the Narrative founder Rachel Baribeau said at Tuesday’s press conference. Her organization attempts to promote positive mental health.

“It took him about three seconds and it felt like he jumped through the phone … That’s what I love about Coach Locksley, it is a true open door policy.”

According to Locksley, he expects the team to participate in the game “each and every year.”

“Mental health awareness is not just a one-week thing for our team, it’s an everyday thing,” Locksley said. “We always talk about, you know, if you don’t feel good, tell us.”

Both Maryland and Michigan State will wear green ribbons on their helmets, according to the release.