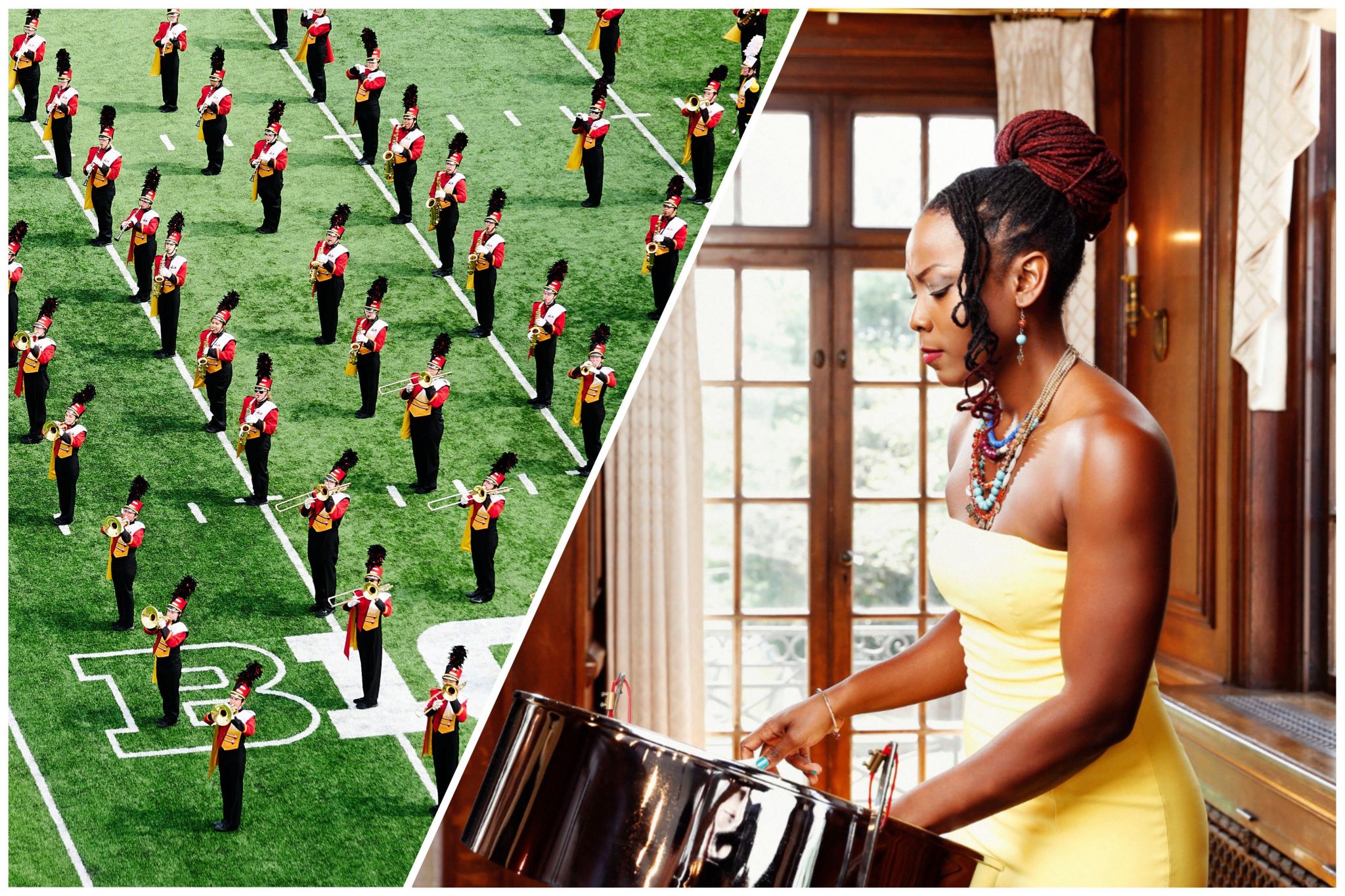 College football is an American tradition seen nationwide. Each aspect of it is deeply communal. From the tailgates to the act of watching the game with the crowd to the halftime show.

The University of Maryland’s marching band, the Mighty Sound of Maryland, is hoping to bring something students have never seen before — a steelband and marching band halftime show.

The Mighty Sound of Maryland will perform with the Maryland Steelpan Collective during the halftime show of the Oct. 1 game against Michigan State.

Aside from music, the halftime show will also feature a dance group called the Riddim Ryderz from the Caribbean Student Association at this university. Students will appear on the field with flags representing Caribbean nations.

[Web 3.0: How virtual reality and blockchain could revolutionize the internet]

Grisé studied steelpan at Northern Illinois University and has taught steelpan in the Washington metro area for about 10 years.

Francis is a native of the Republic of Trinidad and Tobago and is known internationally as a professional steelpan artist. She studied music education at the University of Southern Mississippi and received her master’s in steelpan performance at Northern Illinois University.

Andrea Brown and Craig Potter, the band directors of Mighty Sound of Maryland, reached out to Francis for this collaboration to highlight Caribbean culture at the university and in Prince George’s County.

“This area, specifically Prince George’s County and the DMV in general, has a huge thriving Caribbean [and] Caribbean American population,” Grisé said. “And part of our goal is to showcase that on the biggest stage that Maryland has.”

Senior drum major Abel Solomon shared his excitement in preparation for this collaboration.

“It’s a new experience. I’m looking forward to having something new and fresh.” Solomon, a music education major, said.

Steel bands and marching bands are not a common pairing, especially at this university.

A marching band and steel band have contrasting challenges, and there are some notable differences in ensemble performance that require expert attention in preparation for this show.

Calypso music has a distinct sense of pulse through rhythm and syncopation — making the marching band’s alignment to a new style all that more challenging. Solomon describes it as almost like a “new language.”

“It’s a different way of speaking. We will look at the same notes on a page and interpret them slightly differently and it’s about where the emphasis is,” Grisé said.

One similarity steel bands have with marching bands is the necessity to listen back to drums, developing an internal sense of rhythm. But traditional, hand-waving conductors are not essential for a steel band.

“Last week, we had the drummer for the steel band come in and because in actuality, for a steel band, the drummer sort of becomes the conductor for the band,” Francis said.

Even the notes written on the page can be challenging, as Francis said Calypso music is traditionally taught by rote — a memorization technique through repetition.

“You really just have to put the music down, put the sheet music down, listen and feel and in order to listen on the field, you have to embody it,” Francis said.

Marching band members have made significant efforts to accurately perform Calypso music and will showcase this unifying genre of music for all of those who attend the upcoming football game Saturday. And every student will leave the game having heard and seen something they’ve likely never seen before.

“[It’s] not like your typical marching band setting,” Solomon said. “As soon as they hear those steelpans, it’s gonna be electric.”