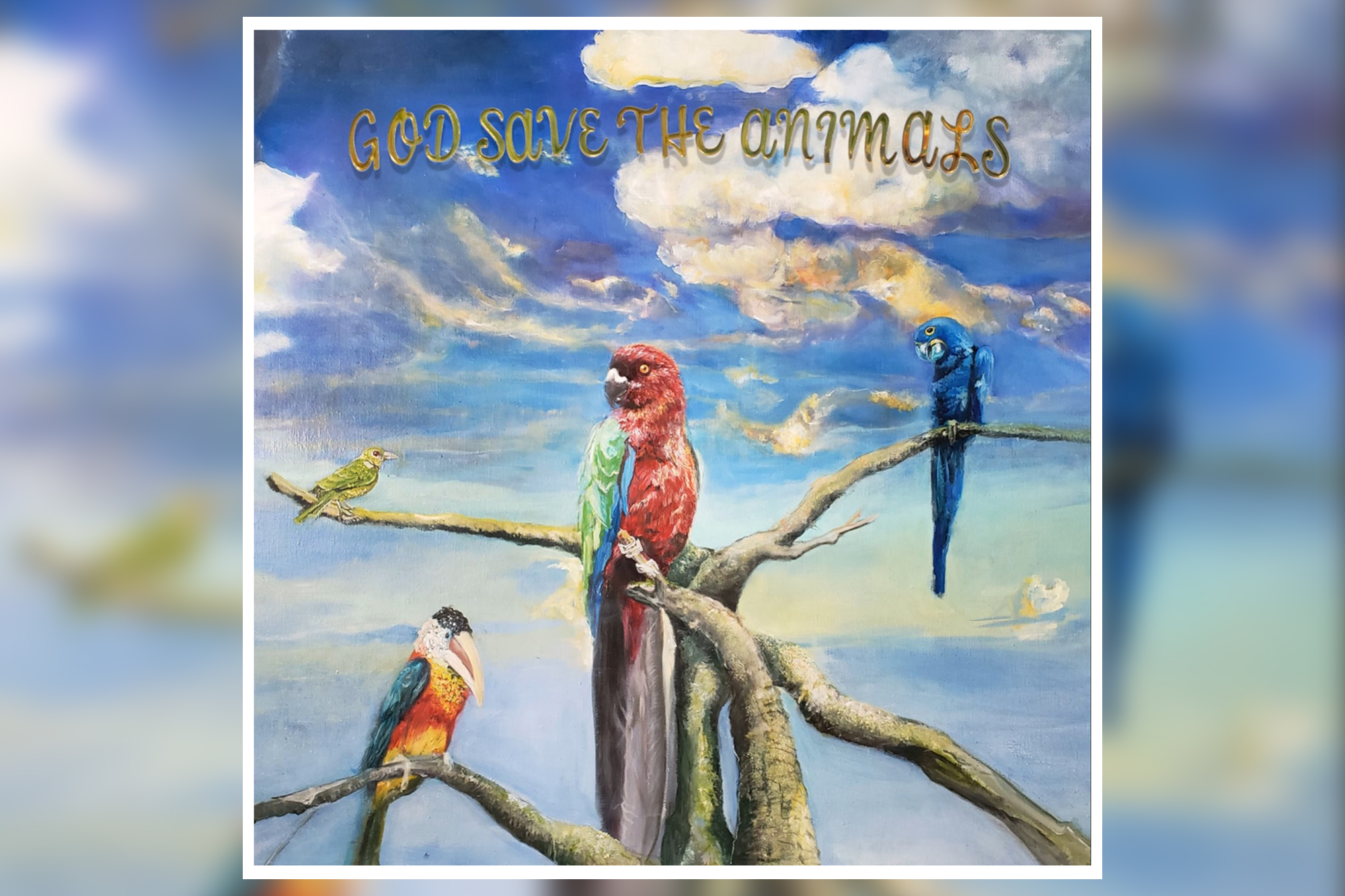 In Alex G’s discography, you’ll find consistent heavy distortion, low fidelity and every once in a while, a voice only a computer could have concocted. God Save The Animals, Alex G’s ninth studio album, doesn’t stray far from his past projects, but its ode to the New Testament sticks out like a sore thumb.

You may think from the album’s title and a couple of tracks such as “Miracles,” “Blessing” and “Cross the Sea” that Alex is alluding to the Bible and its stories. However, the album goes above and beyond to bring religion from start to finish.

The first track, “After All,” is filled with words of affirmation: “People come and people go away / Yeah but God with me he stayed.” This mantra continues with his recognizable, high-pitched voice heard in older songs such as “Brite Boy” and “Taking.”

In “S.D.O.S,” the lyrics speak for themselves under a blanket of autotune: “God is my designer / Jesus is my lawyer / Curled up in the shower / High above the tower.”

Hyperpop and God are a combination to say the least. Alex keeps the two separate in the track “Immunity,” which plays around with autotune and keys just like “No Bitterness,” kicking into chaotic hyperpop-drive. No holiness in sight — perfect for the atheist girlies.

Between his 2019 album House of Sugar and the Sept. 23 release of God Save The Animals, Alex metamorphosed and manufactured. Quietly.

His 2011 single “Treehouse” with Emily Yacina blew up on TikTok, leading to Alex being the main artist on the soundtrack for the movie We’re All Going to the World’s Fair in April. Alex’s stage name, Alex G, switched to (Sandy) Alex G in 2017. In 2020, he abandoned the (Sandy) and returned back to Alex G.

Aside from Yacina, Alex has collaborated with other artists such as Frank Ocean in Endless and Blonde, and Oneohtrix Point Never in Love In The Time Of Lexapro.

Alex went from DIY bandcamper to co-producer and broadened his style as a result. His voice molded into an unheard variety of pitches and tambor — even whispers. He took a dive into hyperpop — only one genre in a much larger alternative experiment. Scripture became a poetic inspiration, transforming his lyrics.

It took a village for God Save The Animals to come together, requiring seven engineers, four assistant engineers and five musicians, which showed in its turbulent sound.

Jacob “Jake” Portrait, co-producer and an engineer for God Save The Animals, has been a frequent collaborator with Alex. Portrait not only teamed up on three of Alex’s albums but is also a bassist for the band Unknown Mortal Orchestra.

Molly Germer, the violinist and additional vocalist on the album, plays in the string quartet, Quartet121. Germer has worked with other notable artists such as Japanese Breakfast, Jazmine Sullivan and The Who.

So, did Alex G find God? Well, he appears to have an affinity for one — but you certainly won’t find traditional gospel or guitar-playing-youth-pastor sound in God Save The Animals.