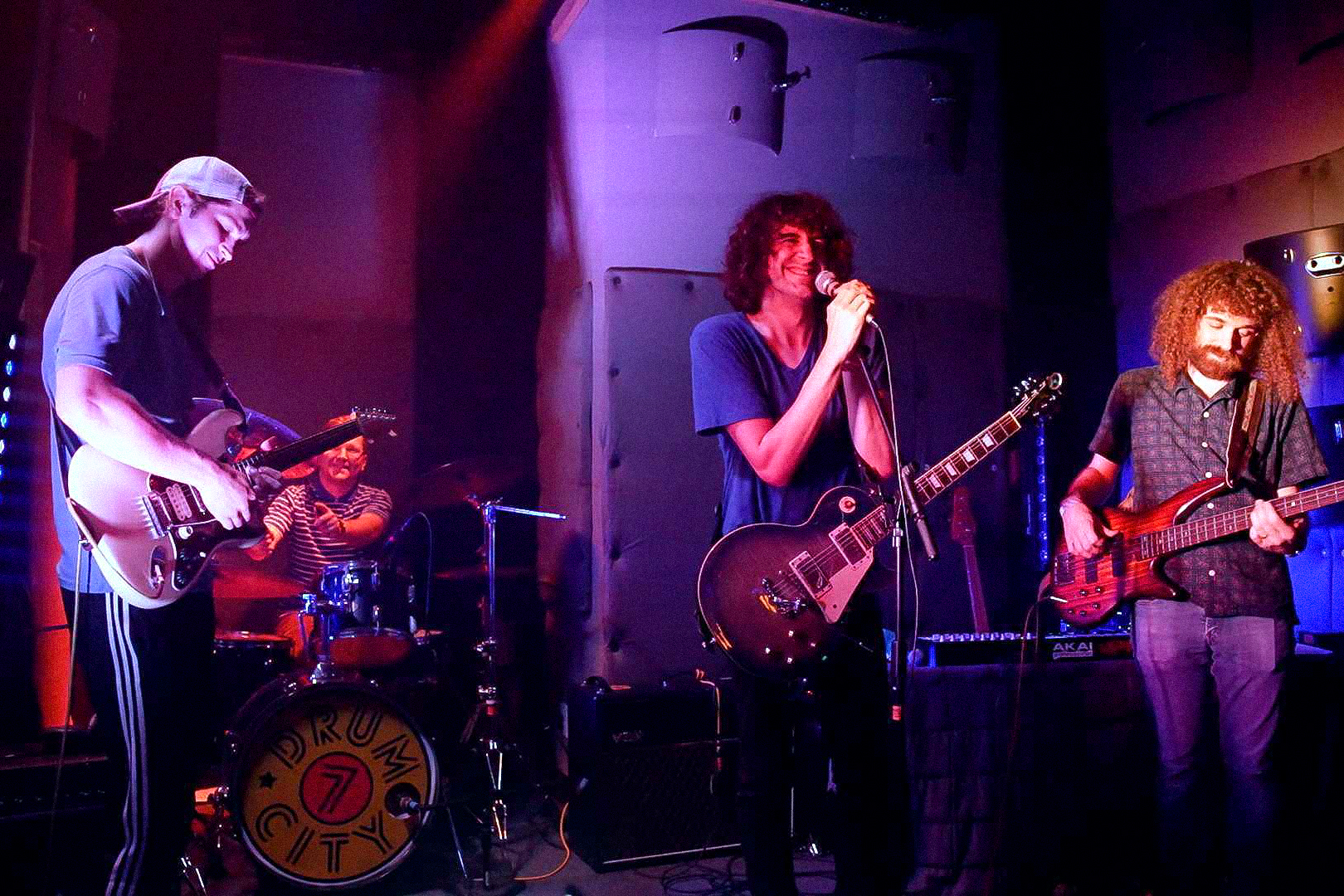 Cole Larravide’s last performance at The Pocket in June was packed with energy. As he played his guitar on stage, he noticed the whole crowd was standing and dancing to the music. Larravide said he tried to match their passion.

“When you’re up on stage, you’re really playing off the energy that the crowd is giving you,” he said. “To have that at The Pocket was great.”

But not everything went as Larravide had planned that night — the opening act for the concert canceled earlier that day because of flight problems, leaving Larravide and Coexist Music Group to figure out what to do next.

And somehow, they found the perfect solution as they decided to have Larravide’s band improvise an instrumental tune while Coexist Music Group freestyle rapped over it.

“That was a really fun experience,” Larravide’s guitarist Jake Simpson said. “That wasn’t something that I’ve ever gotten to do before.”

Larravide’s band is performing again at The Pocket Friday night with Coexist Music Group and Blue Cadet. The purpose of this concert, Larravide said, is to promote the sale of records from a direct-to-vinyl session he will be doing with Leesta Vall Sound Recordings Nov. 20 in Brooklyn, New York.

Larravide entered the music scene relatively recently. His June performance was his second ever with his full band, and his very first was in November 2021 at The Frances and Armand Hammer Auditorium in George Washington University’s Corcoran School of the Arts and Design.

Currently, the only music Larravide has released is a live album of his first show on YouTube. Larravide said he’s interested in making studio recordings of his songs sometime soon but isn’t prioritizing it right now.

“I’m really focused on the live show,” he said. “I’m focused on getting these songs out to an audience before I release a studio version.”

When it comes to the genre of Larravide’s music, his band members agree it’s best described as indie rock with influences from classic rock and funk. Some inspirations include The Beatles, The Rolling Stones and Grateful Dead.

Gray Yachup, Larravide’s bassist, said performing with Larravide lets him have a little Ramones moment to play something simple on the bass and go absolutely wild.

Simpson said performing or listening to Larravide’s music is fun because of the jam band element to it all.

“The songs themselves are very structured, but he leaves a space for improvisation,” Simpson said.

That improvisational aspect seems to be another reason why Larravide hasn’t recorded his songs in a studio yet.

“I would like the songs to keep evolving as we play them live,” he said.

Not even band positions are permanent, Larravide said. His band members, all of them friends from childhood and adolescence, are talented with different instruments, allowing Larravide to experiment with them in different ways.

Though this is all part of a new musical project for Larravide, he does have previous experience in music that has taught him valuable lessons. For example, Larravide and Simpson were in a short-lived band called The Infected Worms, which only ever played one gig their bassist didn’t even show up to.

“That group is one of the big things that showed me … to improvise and create music together as a group,” Simpson said.

“The band itself didn’t go anywhere,” Larravide said. “But it was important in terms of learning … how to play music with other people.”

The band said they were excited to perform again at The Pocket. They expressed how they loved playing at the venue, and they look forward to seeing Coexist Music Group there.

“It’s going to be really fun,” Simpson said. “I’m excited to be playing with Coexist again. They have really great energy as a band, they know how to jazz up a room.”

Larravide said he hopes they can do the same.

“If we can give the audience a fun show and have fun while playing it, then that’s the best,” he said.

Larravide’s only immediate plans following the performance Friday night is the direct-to-vinyl session with Leesta Vall Sound Recordings, which will be accompanied that same day by a performance at Rockwood Music Hall.

After that, he might decide to record his album or set up more gigs. It’s whatever he decides to improvise next.