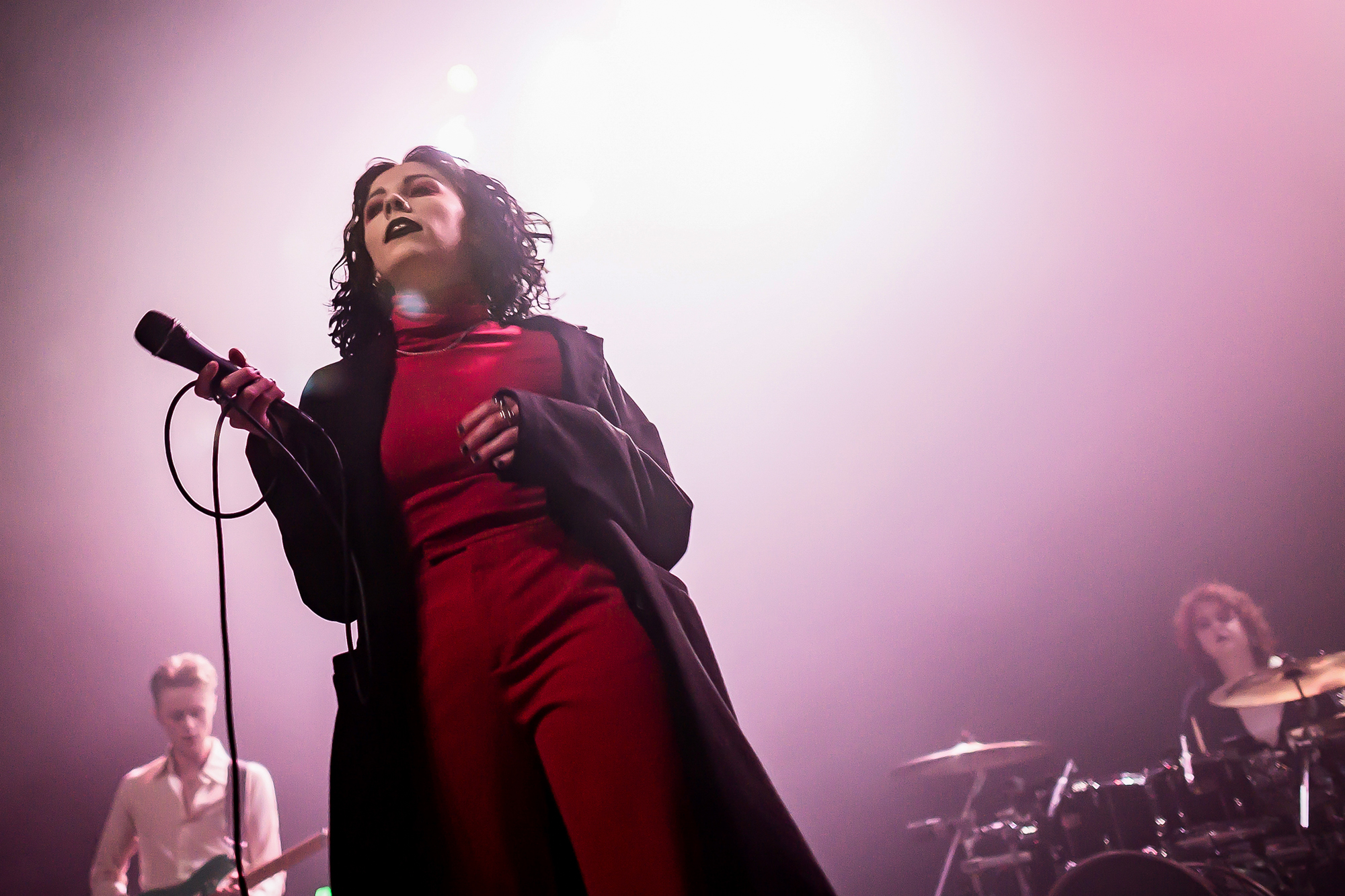 Pale Waves performs at The Fonda in Hollywood, California. (Photo Via Wikimedia Commons)

By Skylar Drew
For The Diamondback

Over the past few years, live music has been through a world of change. Like many other artists, English rock band Pale Waves has been quick to get back on the road and into the spotlight. The indie pop-rock band from Manchester, England, began its headline North America tour this month, and made its way down to Washington, D.C., Sunday night to kick off their second show.

The band stayed busy over the summer, joining Australian pop-rock band 5 Seconds of Summer on the North American leg of its “Take My Hand” tour. I attended a few of these shows where Pale Waves performed as an opener, and quickly heard about the band’s plans to return to North America on its own. After playing alongside 5 Seconds of Summer, Pale Waves prepared for the release of its third album Unwanted in August.

Unwanted reaches out to the LGBTQ+ community and any other members of their fanbase who find themselves outside of the traditional mold of society. The record features the singles “Lies,” “Jealousy” and “The Hard Way,” which describe the band’s experiences with romance, mental health and navigating sexuality.

“It’s bold and unapologetic, and that’s what the Pale Waves community is about,” lead singer Heather Baron-Gracie said in an interview with Dirty Hit.

By 3 p.m. on the day of the show, fans were already forming a line around Howard Theatre, eager for doors to open in just a few hours. Some chatted about how their love for the band formed during their touring days with 5 Seconds of Summer, while some have been die-hard fans for years. By the time doors were open, the line was buzzing. Once inside, I was able to make my way to the front row, pressing right up against the stage.

The show featured the supporting Washington, D.C.-based band Grady, who warmed up the room with a few songs. The indie-pop singer who was originally supposed to open for the band Gatlin was unable to make it. Luckily, Grady was willing to step up to the opportunity last minute.

Samantha Collings, the Grady drummer, explained they were supposed to play at Songbyrd in Washington, D.C. After the band received notice from Pale Waves the morning before, they quickly changed their plans. The schedule change left bassist William Salzmann surprised.

The group ended up playing a roughly 30-minute set before Pale Waves took the stage.

The room’s energy stayed consistently high during the band’s hour-long set, energy that was returned by the band with ease. Baron-Gracie focused on engaging all sides of the room during the performance, holding up various posters and flags from different fans.

Once they had exited the stage, the crowd immediately cheered for an encore. Pale Waves returned to close the night out with “She’s My Religion,” a staple song about Baron-Gracie’s relationship with her sexuality. With promises to return to Washington, D.C., again soon, the show was drawn to a close.

The group will continue its touring and visit cities such as Columbus, Ohio, and Dover, Delaware, for Firefly Music Festival.