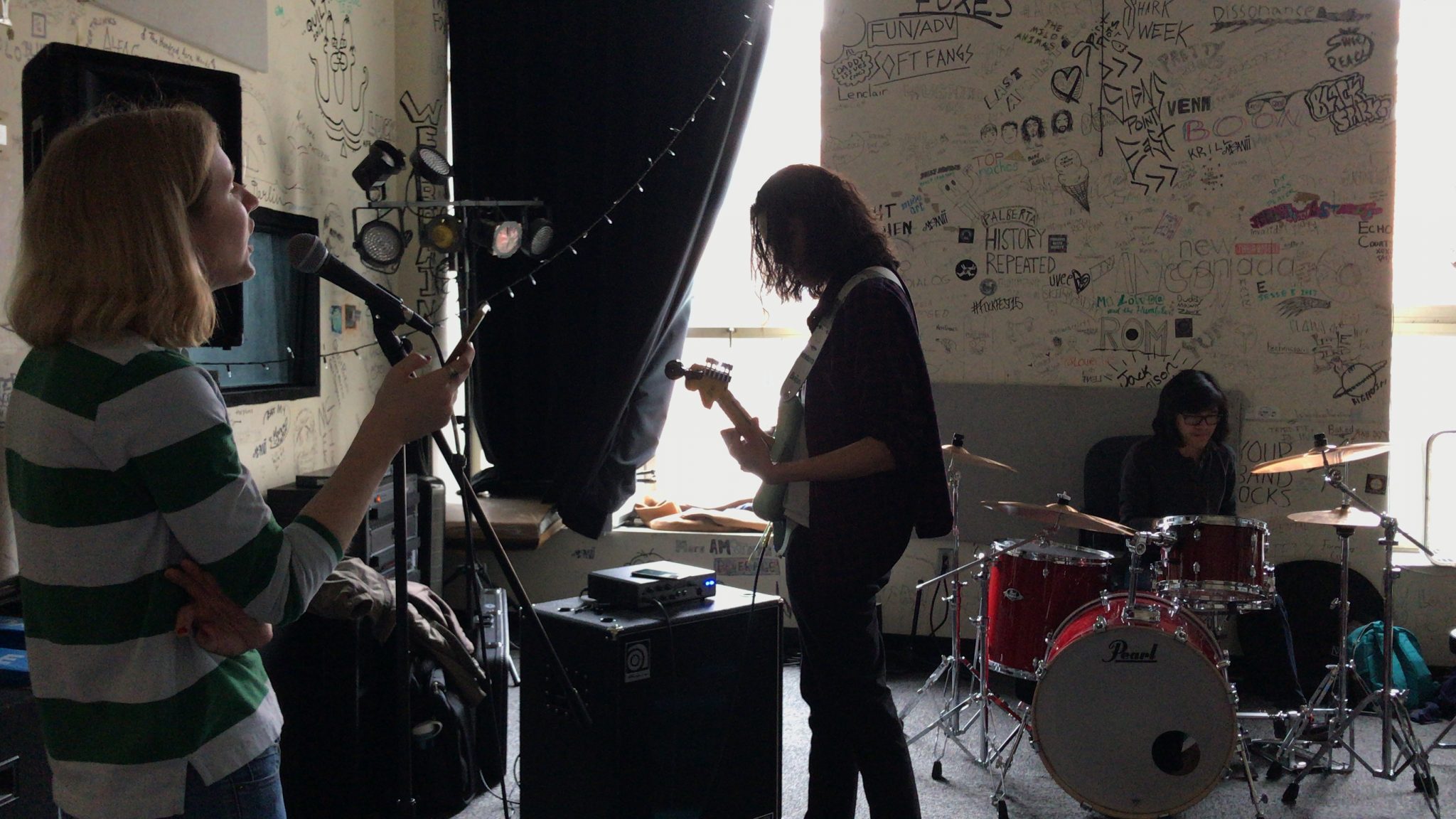 By Dorvall Bedford
For The Diamondback

Custer, who plays synth and keys in a local band called Rex Pax, used to frequently play venues and enjoy the energy of crowds.

Now, the senior computer science and music major at the University of Maryland, Baltimore County, reminisces over his time, missing everything from the long car rides to the clarinet-reed smell of The Void, a concert venue in College Park.

“I love playing with these guys, they’re all really talented,” Custer said. “The feeling of a strong set and just playing through it — it was just fun. So I miss it.”

The coronavirus pandemic has prevented local bands from performing live at venues or even meeting together to write music. While some bands have struggled to stay productive and find inspiration, others have found new ways to survive.

When it came to writing new music in quarantine, guitarist Rainor Dale, who graduated from this university in the spring of 2019 with a degree in mechanical engineering, said he felt uninspired and had difficulty writing songs — he said he felt like releasing new music was like “shouting into a void.” He tried watching virtual shows and felt it was not the same.

“The isolation and the monotony of it kind of gets to your head,” he said. “Making music now feels a lot more futile.”

In spring 2019, Milkbath performed at Stamp Student Union. A pink light illuminated the band as they played eight songs involving a mix of covers and original music — including their first song, “Warm by the Sun.”

The performance was the second time the band had played at Stamp that year, and they had hoped to play more in 2020, Dale said. Then, the pandemic hit.

Milkbath drummer Jian Soriano, a senior information science major at this university, and Dale play alongside Rex Echevarría, whose stage name is Rex Pax. Echevarría, who graduated from the University of Maryland, Baltimore County, in spring of 2020 with a degree in cultural anthropology, is known for his “indie rock or dream pop” music. The band played at least one to two shows each month prior to the pandemic.

Echevarría’s first show was at The Void, a house and venue where Dale lives. Other locations where his group and him have performed include Songbyrd Music House and Record Cafe, Pie Shop and Dwell DC.

“A part of me even feels I maybe took it a little for granted because I miss it so much,” Echevarría said. “I think about it every day.”

Echevarría has not met with his band during the pandemic. He said he would be open to doing a virtual performance if they could prepare and practice.

[In a time of pandemic stress and isolation, some students turn to art]

Unity for the Outcasts, a younger band that formed in the fall of 2019, has soldiered on despite the pandemic. The band has released two singles, “Tell the World” and “The Land of Make Believe,” during the pandemic.

“We’re still waiting for the pandemic to roll over before we can actually begin playing,” said lead singer Rohit Nutalapati, a junior computer science major at this university. “We’re still in that take off phase of the band at the moment.”

Unity for the Outcasts hosted its own virtual performance over Instagram in July 2020. Lead guitarist Samrat Somanna, a sophomore computer science major at this university, and Nutalapati, who’s also the band’s rhythm guitarist, played together from two different locations using a combination of Discord, Zoom and Open Broadcaster Software.

“It was the craziest setup I’ve ever done,” Nutalapati said. “We made it work, and people seemed to enjoy it.”

With the increasing rates of vaccinations and Washington, D.C., entertainment venues’ capacity restrictions being lifted in the summer, the promise of normalcy for local bands may finally come true.

And while Echevarría said he does not know what long term effects the pandemic will have on musicians, he believes they will never forget it.

“Maybe that fact will encourage a new sense of appreciation for what the scene was like before this all went down,” he said. “In the end, all I know is that I don’t know, but we’ll see.”