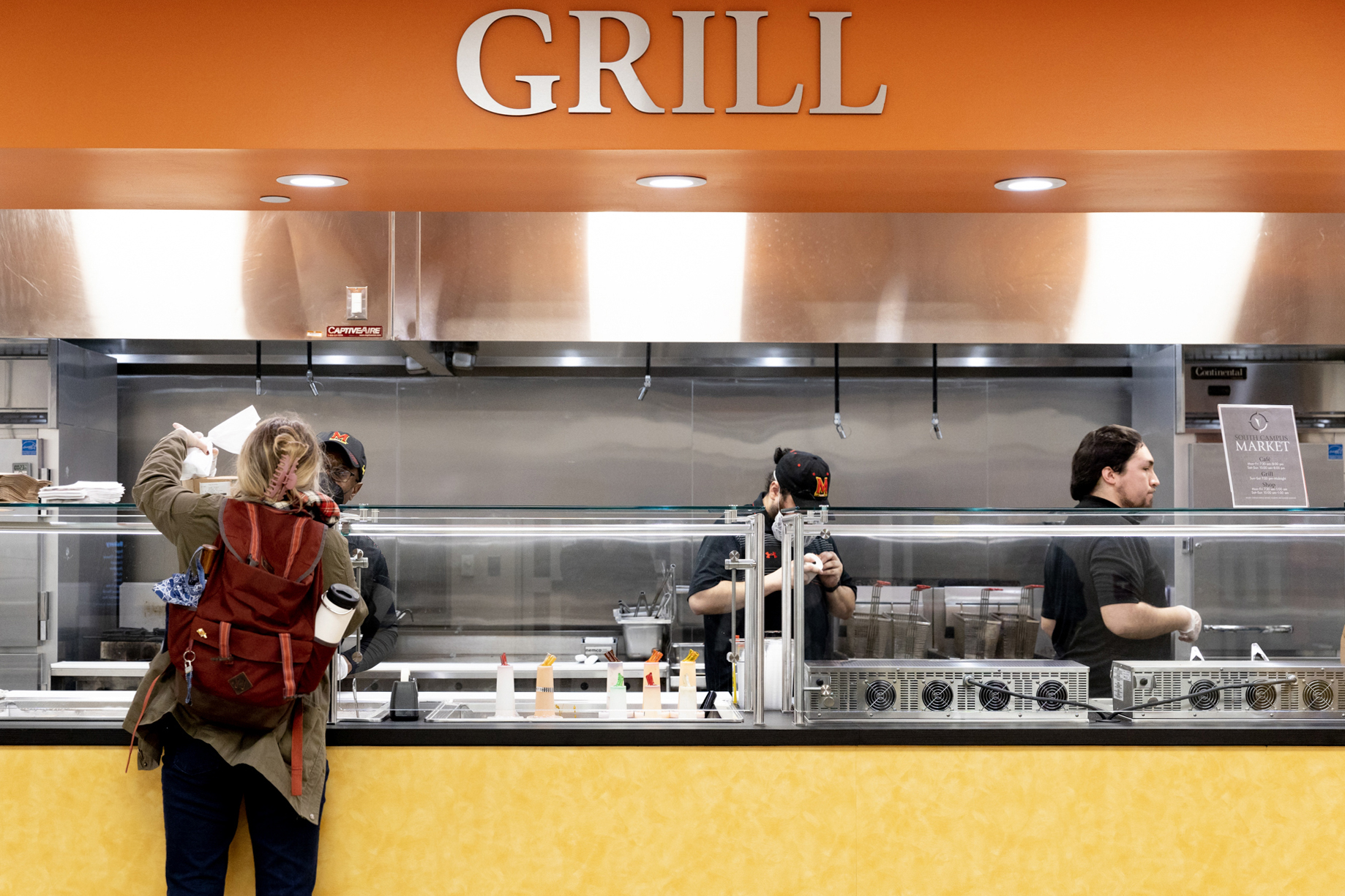 A new convenience store will open in the North Campus Dining Hall former location next spring at the University of Maryland, according to Bart Hipple, marketing and communications assistant director for Dining Services.

Since opening the new Yahentamitsi Dining Hall and the Idea Central Cafe in the Idea Factory, Hipple said Dining Services could now focus on bringing a market and grill similar to the South Campus Market to North Campus.

Dining Services added a grill and coffee shop to the South Campus Market during the spring 2022 semester, which is open until midnight. The grill serves burgers, cheesesteaks and chicken tenders, Hipple said. The coffee shop also has Starbucks espresso drinks, baked goods and paninis.

Hipple said the North Campus Market will offer a similar cafe but will cater to the type of community students live in. On South Campus, he said, there are more residents in Commons apartments with their own kitchens, which affects what’s on the shelves.

Wesley Hang, a freshman computer science major, lives in Ellicott Hall, near where the new convenience store will open. He said adding a market would be a nice perk for students who live in older dorms.

“I’d probably be less bummed out living in the community,” he said.

In a new convenience store, he said he’d like to see everyday items such as toothbrushes, toiletries and snacks. He said the dining halls close early, but he still gets hungry or would like something to keep him awake.

Sreya Kanchi, a freshman enrolled in letters and sciences, said she would love to see fresh produce in the new convenience store.

“We get a lot of dining hall stuff from farms … if the produce could be from there, that would be great,” she said.

Kanchi also frequents different cafes across the campus, including the Starbucks located near the Atlantic Building. The Quantum Cafe in the Physical Sciences Complex closes at 3 p.m., which is too early for Kanchi.

She said she’d want the new shop to have hours similar to the North Convenience Shop, but to also be open on Saturday.

Freshman journalism major Benji Kaufman said it would be helpful for everyone to have another convenience store. However, he said it should have longer hours.

“It’s just another outlet if someone needs to make last minute shopping, and it’s super close to residence hall, so I think it’s a great idea,” Kaufman said.