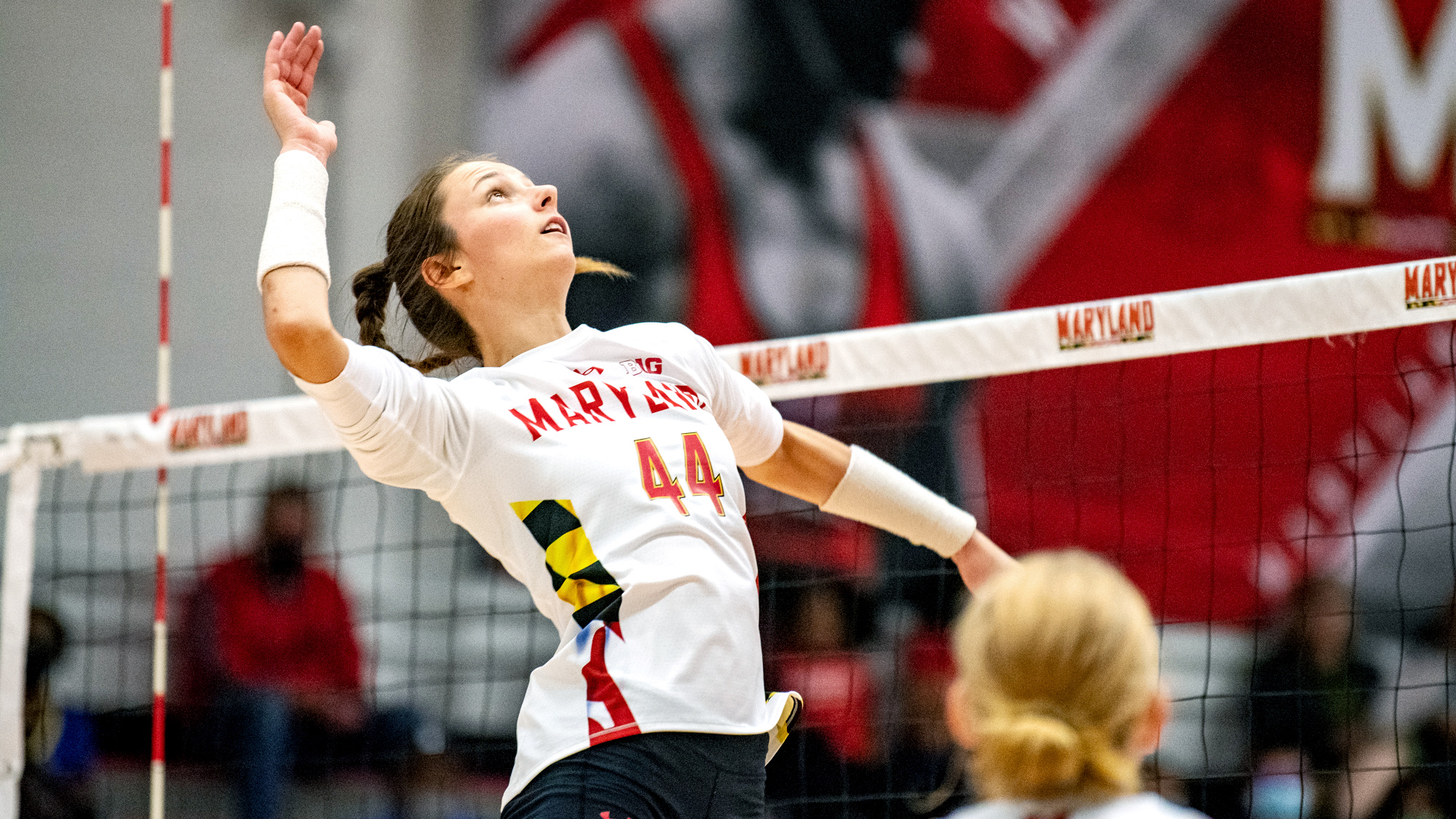 Maryland looked to continue its weekend success in the Cavalier Classic after securing two strongs wins against Mercer and East Carolina. The Terps won their third straight match, sweeping Virginia, 3-0.

“We stayed strong, just stayed consistent, never back down and happy to get away against a rival,” head coach Adam Hughes said.

The teams exchanged points to start the first set, ending up tied at 11. Maryland then embarked on a 10-5 scoring run powered by a pair of kills by Laila Ricks.Sydney Dowler and Anastasia Russ led a tough defensive effort in the 25-19 first set win as the Terps limited the Cavaliers to just a -0.036 hitting percentage.

Maryland started feebly in the second set, letting Virginia burst out to a 10-4 lead behind three kills from their outside hitter, Gracie Turner.

The Terps closed the gap, tying the set at 17 after a Rainelle Jones kill and a Cavalier service error.

Then Maryland surged ahead after a Virginia ball handling error — forcing the Cavaliers to take a timeout. Kills from Russ and Laila Ricks closed out the match and put the Terps on the precipice of a sweep after a 25-20 second set victory.

Maryland looked to close out the match with a strong final push. They took off in the middle of the set. With the teams tied at eight, Dowler lifted a set for Laila Ivey on the left side of the court that the freshman spiked. The two would connect again for the next point as well.

“The group has done a good job of realizing it’s a team skill,” coach Hughes said. “When it’s tough to take some of those out of system swings, you got to be brave.”

The Terps extended their advantage to three behind Csire, who logged seven kills in the set. But the Cavaliers evened the score at 18 with a strong swing from Virginia’s Brooklyn Borum, who tallied six kills.

That draw didn’t stand very long as the Terps regrouped and started a game-winning run. Lexy Finnery went on a four serve run that included an ace that brought the Maryland lead up to four.

[Maryland volleyball has shown marked improvement from the service line]

Back to back kills by Csire and Dowler capped a successful weekend for Maryland as the Terps won the third set, 25-21.

Csire led the team in kills with 11 Dowler capitalized on the defensive side of the win, shutting down the opponents with seven blocks and eight digs.

The Terps begin Big Ten play Friday against No. 25 Illinois.

“We got a really tough challenge now kicking off Big Ten play in Illinois,” Hughes said. “We haven’t played in front of a crowd that we probably will see there.”