Maryland field hockey has two capable goalies at its disposal 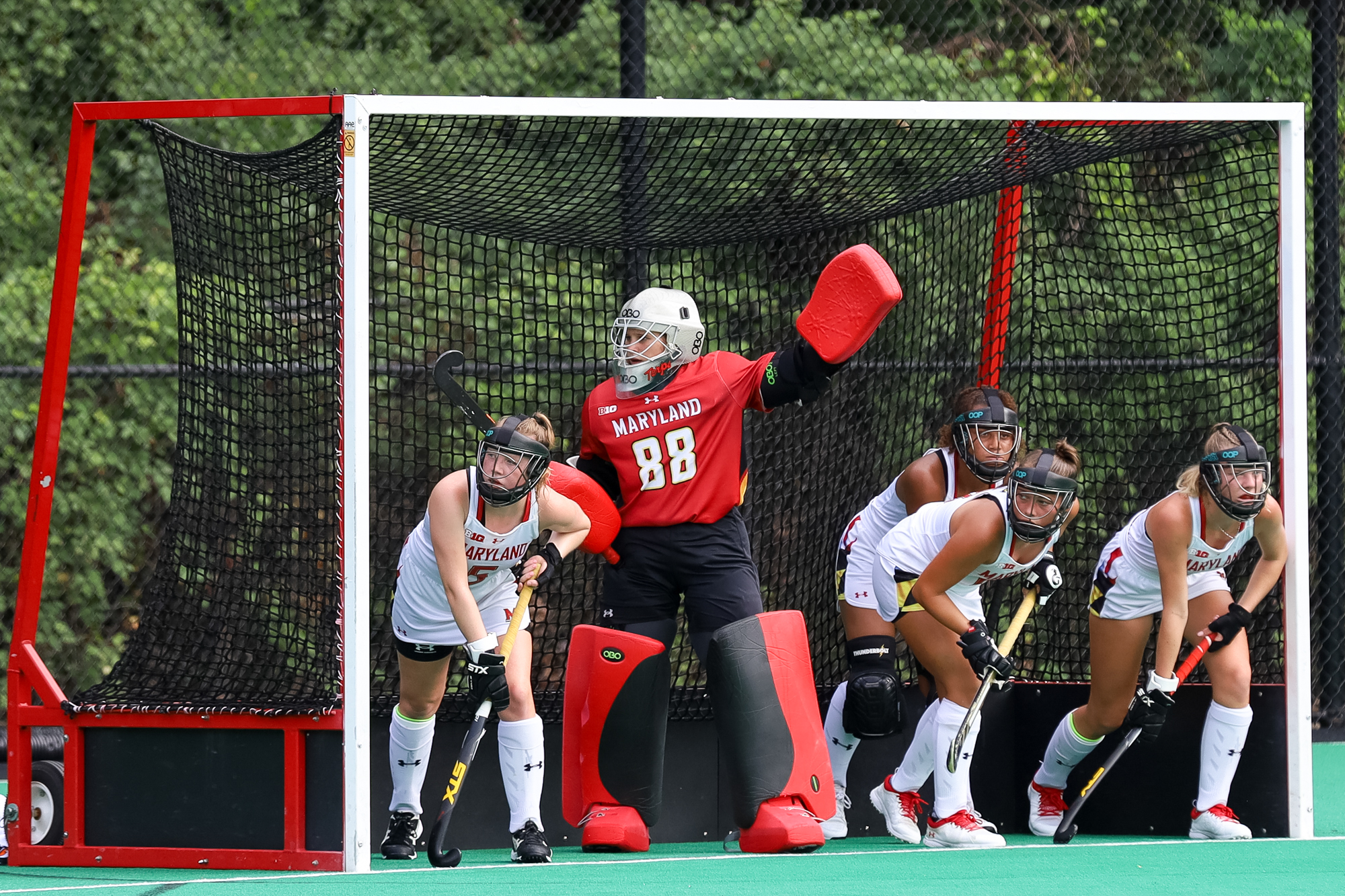 Kieft entered the weekend finale with a spirit and energy that was new to her teammates. They noticed Kieft was bringing something extra into the biggest game of her time as a Terp.

She saved three of four shots taken on goal in the 6-1 win over the Wildcats, including two in the fourth quarter to keep New Hampshire at one as the Terps tacked on more to pull away.

“It’s very exciting, the energy she came out with,” Bibi Donraadt said. “It was her first start in her whole career. That’s very exciting how she’s able to step up like that right away and be that ball for us in goal.”

“I love playing with these girls in practice, so being able to bring it onto the field just really felt full circle,” Kieft said after the game.

Kieft and typical starter Christina Calandra had no starting experience entering the season, with Calandra playing in only five games entering the year. They’ve now both logged significant playing time as Maryland wraps up its nonconference portion of the schedule.

With two goalies at her disposal, Meharg has the advantage of allowing Calandra to take time off. It also allows her to throw a different goalie at certain situations; Kieft would be inserted in a penalty stroke situation because of how she defends drag flicks, Meharg said.

Maryland hasn’t allowed more than two goals in any game this season, and has given up one goal in four of six matchups. That’s partly due to the Terps’ suffocating defensive unit. But when that line occasionally gets broken, Calandra or Kieft has been there to prevent the ball from finding the net.

“You’re not going to keep another team shotless,” Meharg said. “Our markers can do as well as they can, but these guys are going to have to make saves and when they’ve had to, they have.”

Calandra’s notched five saves with four goals allowed — a 0.556 percent save rate — in five games. Her best display came in Maryland’s second bout of the season where she held Stanford scoreless on four shot attempts, marking her first career shutout.

Kieft has just one start, but has played in three total games by virtue of relieving Calandra for long stretches of game time. In 86 minutes on the field, Kieft has saved four shots while allowing two scores.

Communication has been both Calandra and Kieft’s biggest area of improvement from before the season, when neither had any career starts, Meharg said.

For Kieft, those skills have come through watching and listening to how Calandra operates in net. As a senior, her chemistry with the defensive backfield is in a better place than Kieft’s.

“I think I can learn a lot from Christina,” Kieft said. “She’s been here a couple more years than me, so I think she definitely has the chemistry with the players when it comes to the communication aspect of the game.”

As the Terps enter conference play Friday at Ohio State, Meharg now has two goaltenders who she can confidently deploy in any game or situation. It’s a stark contrast to the situation before the season, when uncertainty around who would start and how inexperience would play a factor was bountiful.

“It’s a comfortable position for us,” Meharg said.