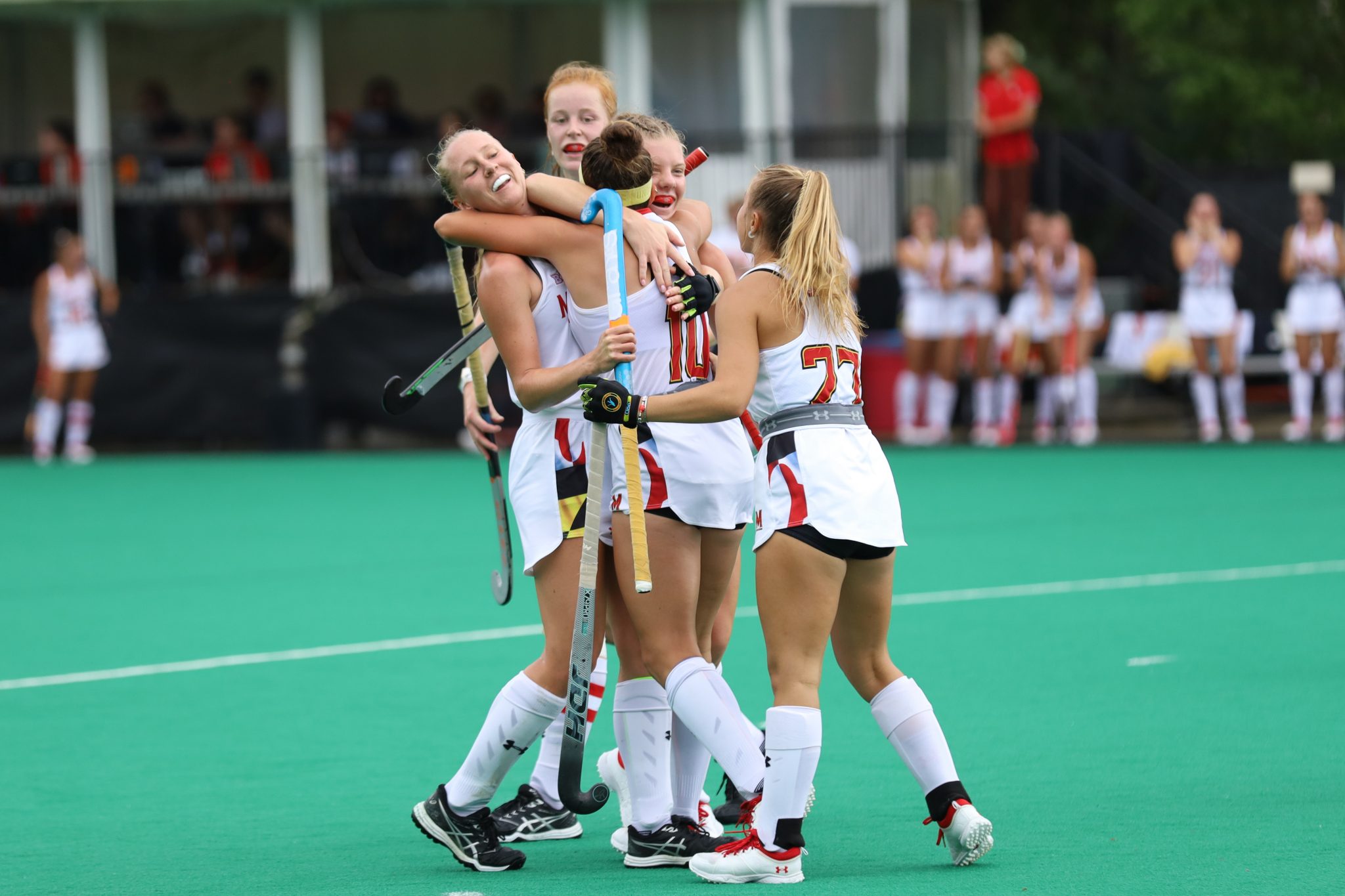 Maryland field hockey’s offense, a unit that sports one of the country’s highest scoring margins, breached the New Hampshire shooting circle with ease two minutes into the game. On the Terps’ first penalty corner chance of the afternoon, Hope Rose scored her team-leading fifth goal of the season.

Shortly after, the Wildcats evened the score. And from there, the daunting Maryland attack went silent for the remainder of the first half.

The Terps had one goal to show for 13 first half shots and 11 shots on goal while heavily leading in time spent in the opponent’s circle. New Hampshire goalie Jemma Woods formed a wall in front of the net to keep coach Missy Meharg’s squad out, notching 10 saves in the opening 30 minutes.

Overcoming an inefficient offensive output in the first half, No. 3 Maryland’s offense ultimately broke through to top unranked New Hampshire, 6-1.

Coming out of halftime, Meharg knew an adjustment was necessary to jumpstart a lackluster attack, needing a different look offensively to start scoring.

“We played against their backfield completely differently,” Meharg said. “Instead of putting pressure on the center-back with the ball, we just let her pass and we just put pressure from the outside … That’s going to be very hard for some teams, but it’s not something you open with because maybe you can adjust later, but it’s something you can go to. I thought that brought us a lot of intercepts and just giving the ball in the belly of the field, we were able to counter attack.”

Bibi Donraadt ended Maryland’s scoring drought in one of its first opportunities out of the break. A tap-in shot gave the Terps a 2-1 lead. From there, Maryland began to chip away at Woods’ barrier. It scored five times in the second half on fewer shots than in the first.

Maryland experienced a similar result in its second game of the season. In a 1-0 win over Stanford, the Terps took 23 shots, finding the net once on 13 shots on goal. Meharg blamed that result on the poor quality of the shots Maryland got off.

“That’s exactly what we talked about at halftime, it feels like Stanford,” Meharg said. “It was very much of a deja vu type of situation.”

On Sunday, most of the Terps’ shots were on line and required stellar saves from Woods.

“She was extremely tall, we had to move her and work around her,” Belle Bressler said. “It gave us a nice challenge.”

Sophomore Paige Kieft made her first start of the season in Maryland’s net. She played the entire 60 minutes, giving typical starter Christina Calandra a day off.

Meharg made the decision to get Kieft her first career start yesterday. Entering conference play next week, the coach wanted both of her goalies to have game experience.

Behind a defense that rarely allowed the New Hampshire offense to penetrate it, Kieft made two saves on three shots on goal and held the Wildcats scoreless on their two penalty corners.

“They both can play right now,” Meharg said. “We’re going to keep doing that, going with a feel.”

“I’m glad I could come out here and prove myself to the coaching staff,” Kieft said. “I hope they know they can depend on me.”

After one goal on 13 shots in the first half, Maryland only needed 11 shots to add five goals. After Donraadt’s goal that opened the second half and regained the lead, the Terps scored four more times to separate further.

Bressler fired a long shot from the edge of the shooting circle for Maryland’s third goal and her first of the season. In the fourth, Danielle van Rootselaar scored on the Terps’ 11th penalty corner attempt and Emma DeBerdine scored with seven minutes to play. Hope Rose capped the match off with her second goal of the game and her sixth of the year.

After defeating No. 12 Harvard in Game 1 of the Terrapin Invitational, beating New Hampshire gives Maryland its sixth consecutive sweep of the two game event. With a second half offensive splurge, the Terps will enter Big Ten play undefeated.

“This group of girls is really special,” Bressler said. “They’re my best friends, they’re so fun to play with … The sky’s the limit.”