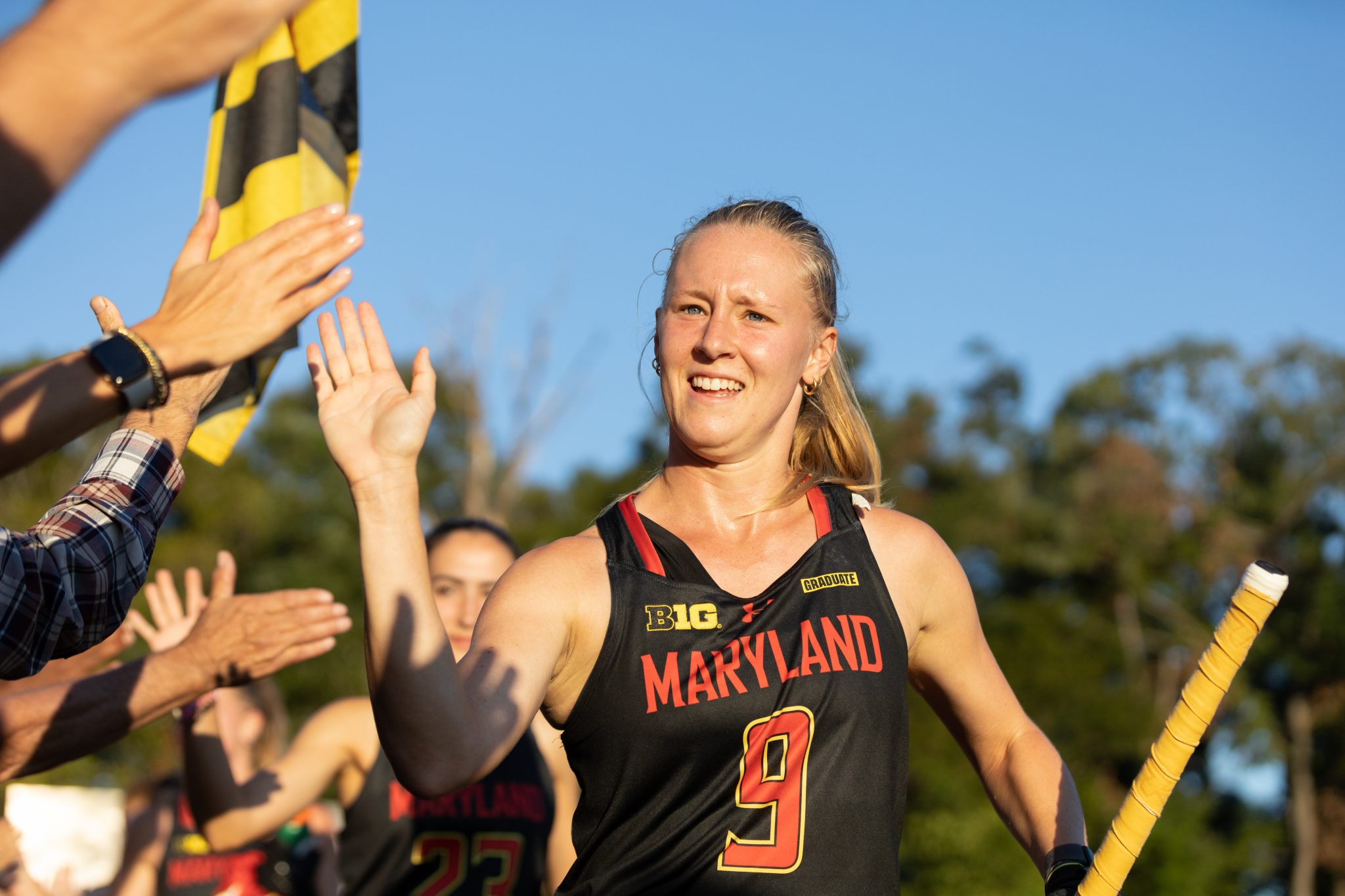 She’s familiar with the Crimson’s style of play — Harvard head coach Tjerk Van Herwaarden was a former assistant under Meharg for seven seasons and five national championship-winning teams before leaving in 2012.

But as the Terps looked to speed the game up, their offense stumbled over a stiff Harvard defense that limited chances in the shooting circle to force Maryland possessions to fizzle out in the first half. In the second half, the fast-paced Terps attack finally broke through. In its toughest test of the season, No. 3 Maryland lasted the longest in a game dominated by defense, defeating No. 12 Harvard, 2-1.

“It took us a while,” Meharg said of controlling the pace. “We had two or three shots then at the end we were able to get to 10 or 12. It was a matter of being able to take the restarts really fast.”

Coming out of the halftime break deadlocked in a 1-1 stalemate, Maryland’s offensive opportunities increased. Its best chance came with four minutes to play in the third quarter. Leah Crouse, who notched Maryland’s first goal of the game, held possession on a breakaway.

Entering the circle, the graduate transfer spun around one defender, then weaved through two more. With a clear look, a quick slap sent the ball sailing into the back net for the winning score.

“She’s phenomenal,” Meharg said. “She opened up the game and she was kind of dazed like she couldn’t figure out what line she had … we pulled her out and I said, ‘Can I help you?’ She was like, ‘No, I just needed a little bit of a check.’”

The Terps never trailed at any point in their first three games of the season, a stretch where they outscored opponents 11-2. But for the second time in as many games, Maryland’s opponent struck first as Harvard scored on its second penalty corner of the game four minutes into the second quarter.

Against Duke, it took Maryland an entire quarter to bring the score back to a tie after initially going down.

On Friday it took less than three minutes. Crouse found the equalizer quickly after Harvard took the lead to even the score at one.

The first half ended in a tie. At the break, the two teams combined for only seven shots. Crimson goalie Ellie Shahbo, who Missy Meharg called one of the nation’s best at the position, stopped Maryland’s best shot at striking first on a Sophie Klautz attempt minutes before Harvard’s ice breaker.

“If you hit it right at her, she’s going to make you sit,” Meharg said. “She’s not going to miss something … Leah got herself a point blank shot, and it’s going to go in.”

The breakthrough offensively, Meharg said, came when Danielle van Rootselaar was freed up. To open the game, she was playing midfield. By the end, she moved to a flank position. The adjustment resulted in an uptick in production.

After attempting only five shots in the first half, the Terps fired seven times in the second. They were more accurate, too. Maryland finished with a nine-to-one advantage over the Crimson in shots on goal.

“Third and fourth quarter I thought she was just dynamite helping us out securing the right sideline and building the end zone,” Meharg said of van Rootselaar.

The defenses’ dominance continued into the second half. Outside of Crouse’s winning goal, the Terps attempted just four shots to Harvard’s zero in the latter two quarters.

Maryland’s defense was able to maintain its suffocating play through the second half, holding Harvard to only two shot attempts all game.

With less than a minute to go, Harvard gained possession down one score. Approaching the midfield line, Terps defenders poked the ball loose to take control back.

Seconds later, the buzzer sounded to signal the game’s end. Maryland took down its highest-ranked opponent of the season behind Crouse’s two scores and another near-shutout defensively to move to 5-0.

“We knew they were going to come in here, after going to overtime in Miami and losing to Connecticut, really ready to go,” Meharg said. “They’re going to be a very good team.”