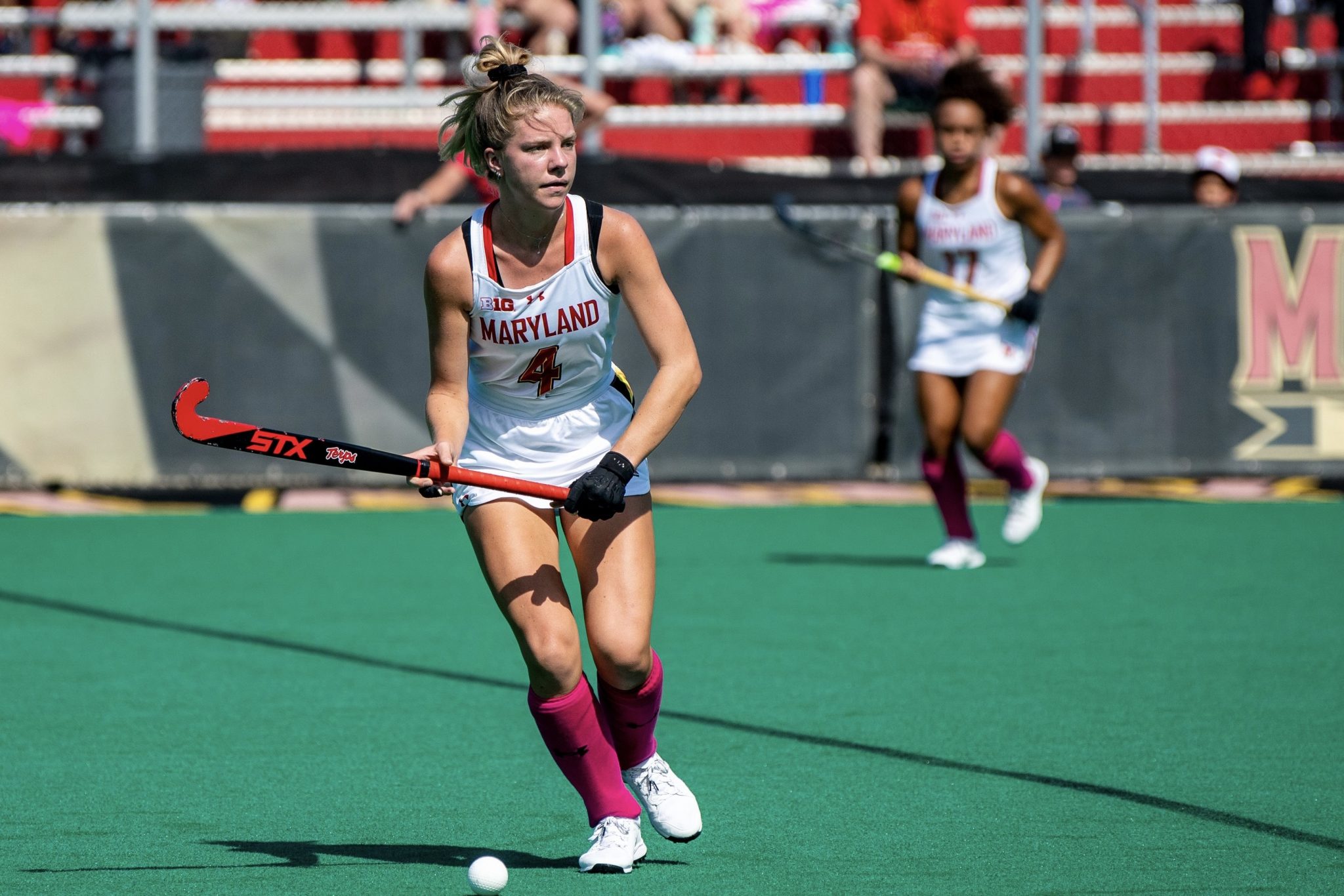 Through three games, the adversity Maryland faced had been minimal.

But on Sunday, the Terps found themselves in unfamiliar territory. A Duke goal on the Blue Devils’ first penalty corner try of the afternoon put Maryland in an early hole, marking the first time the Terps trailed at any point in a game this season.

Maryland stayed poised. It trailed for the game’s opening 20 minutes, the 1-0 Duke lead lasting well into the second quarter. Then, on their second penalty corner attempt, Hope Rose fired from the left side to put the Terps on the board.

Now tied, Maryland needed one more to take its first lead. Maura Verleg found it four minutes after Rose’s equalizer, scoring on another penalty corner try to give the Terps a lead they’d never relinquish.

A resilient Maryland defeated Duke, 7-2, in game two of the Big Ten/ACC Cup, giving Maryland a sweep of the cup for the second time ever and the first since 2018.

“After the first goal, it was definitely a little bit different because we haven’t been behind yet,” Emma DeBerdine said. “It’s good for us to practice that.”

Rose’s goal came after a quiet first quarter for Maryland, who failed to find the net on six opening quarter shots. It took only two shots in the second quarter for Rose to finally put one through, marking her team-leading fourth goal in as many games.

As the Terps’ offense worked to erase a rare deficit, the defense needed to hold the Blue Devils where they were. Christina Calandra, who’s allowed only one goal in three starts, faced a daunting look on Duke’s second penalty corner of the game midway through the first quarter.

Calandra dove to stop the initial shot, falling to the turf in the process. It gave the Blue Devils a rebound opportunity with a largely unoccupied net. Then, the senior goalkeeper reached from the ground with her glove to stop the second shot that would have stretched the Maryland deficit to two.

Only a few minutes after Rose’s goal, Verleg found the net for the first time this season and the sixth time in the defender’s three-year career. It put Maryland up, 2-1.

“Coming from all lines,” DeBerdine said. “We had forwards, midfielders and backs score today.”

A mostly quiet third quarter dominated by tight defense from both sides was punctuated by a late Maryland goal, which gave the Terps breathing room entering the final quarter. Leah Crouse, a grad transfer from Duke, found the net while facing her former team for the first time.

“[Crouse is] a huge part of our team,” DeBerdine said. “Being able to have that win is very special for her.”

On the other end of the quarter break, Bibi Donraadt stretched the Maryland lead even further. After failing to score in the Terps’ first two games of the season, last season’s leading goal scorer has now scored in back-to-back games, her latest making it a 4-1 Terps’ lead in the fourth quarter.

Belle Bressler and DeBerdine added scores within a minute of each other in the game’s final moments, and Danielle van Rootselaar scored her second goal of the season on a penalty corner with less than a minute to go.

Even after a Duke goal with six minutes left, Maryland ran away with a 7-2 victory thanks to a dominant second half offensive showing, finishing with 17 shots on goal to Duke’s three. Maryland’s seven goals came via seven different players.