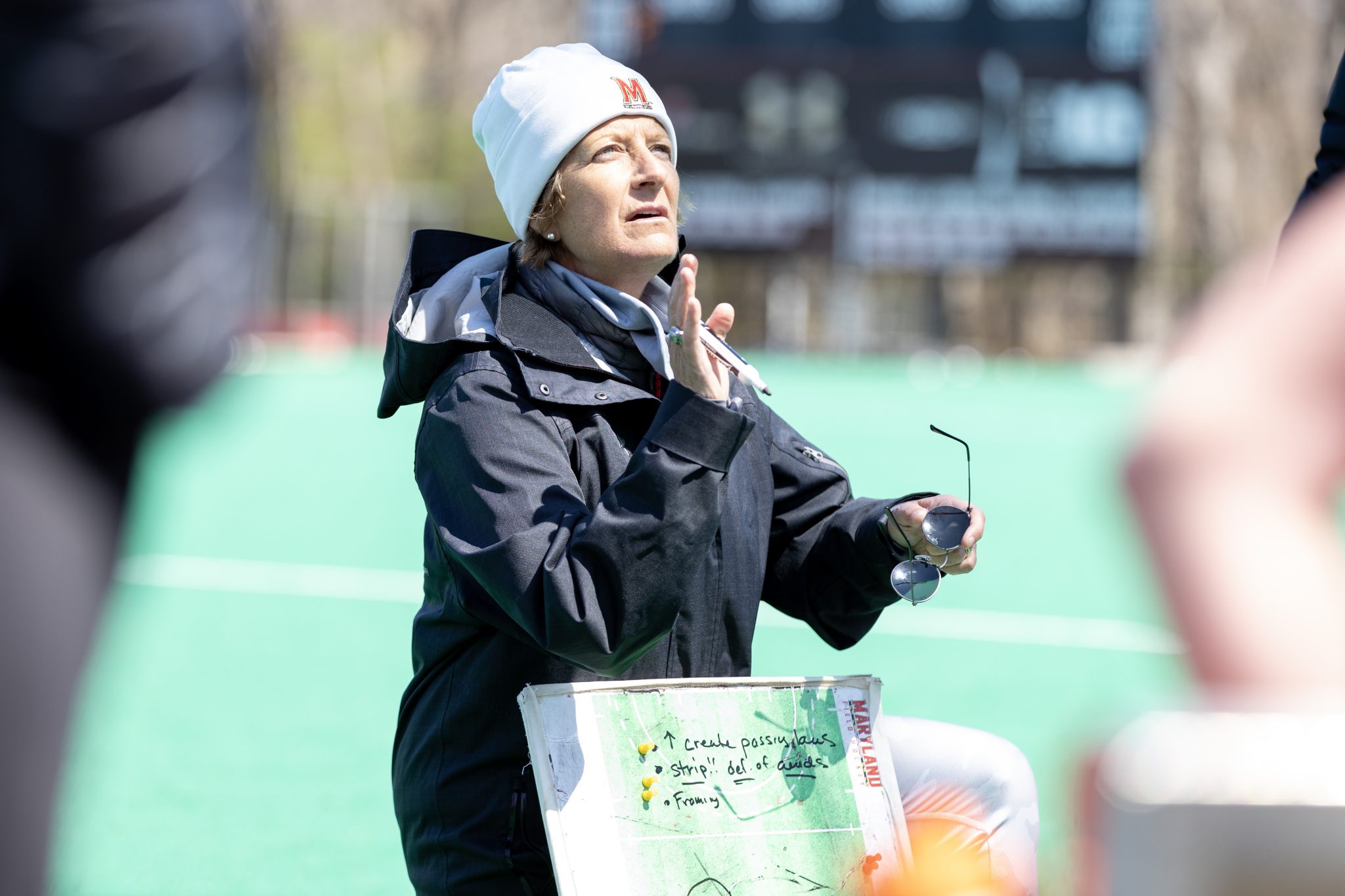 Danielle van Rootselaar and her former teammates at Brown used to watch Maryland field hockey’s games in the locker room after their own games and practices. Watching the Terps together was sometimes optional, but other times mandatory for the Bears.

The Brown squad knew every Maryland player and kept up with each game result, the two being frequent topics of conversation among the team. Imagining playing for Missy Meharg’s Terps made their way into those chats, too.

“It’s just something that you really look up to,” van Rootselaar said. “You kind of have this visual of it. You don’t really know how it is but you just fill in the blanks yourself and make it look 10 times more cool.”

This weekend, van Rootselaar and her new team will play in the seventh iteration of the Big Ten/ACC Cup.

The midseason two-game set, which has been played every year since 2015 outside of a one-year hiatus in 2020 because of COVID-19, features four of the top programs from each conference. Maryland and Northwestern represent the Big Ten, while Duke and Boston College represent the ACC.

The Ivy League has two highly regarded field hockey programs — Harvard and Princeton are both in the NFHCA Coaches Poll top 25 and are perennial postseason contenders — but the conference lacks the depth of the Big Ten and the ACC, the leagues that dominate the sport.

Van Rootselaar knew this. Wanting to play with and against the best, she chose to spend her fifth and final season in College Park as a graduate transfer.

Now, she’s playing in the conference she and her Brown teammates used to idolize together.

“Everyone on the Brown team really looks up to the Big Ten and the ACC,” she said. “We’re almost like fangirls.”

The Terps take on the Eagles Friday night, then the Blue Devils Sunday afternoon in Newtown, Massachusetts. Maryland split the cup in 2021, defeating Duke while falling to Boston College.

The tournament was, in part, a brainchild of Missy Meharg. Maryland’s move to the Big Ten spelled trouble for field hockey, a sport in which the ACC reigned supreme while the Big Ten lagged behind in at the time.

Immediately, Meharg got to work to raise the level of competition in her new conference to that of her old one. She knew the first step was to get the conferences battling each other regularly. With the help and agreement from fellow coaches, the cup was born.

“My first thinking was, well, first and foremost, we need to have a preseason tournament or a pre-conference tournament,” Meharg told The Diamondback last year. “That was going to give media coverage, regional coverage to the Big Ten and the ACC, so that we could kind of jump on their back.”

Just shy of a decade later, the cup has accomplished what it was set out to do.

[No. 4 Maryland field hockey shuts out Stanford in low-scoring affair, 1-0]

This year’s Terps, ranked fourth in the nation, top No. 14 Boston College and No. 18 Duke heading into the matchups.

Maryland’s defensive unit, which has allowed one goal in two games against Drexel and Stanford, has yet to be tested to the level expected this weekend. As van Rootselaar and her new teammates try to keep their undefeated start to the season going, they’ll face a Blue Devils attack that ranks seventh in the country in penalty corners per game with nine. The Eagles sit 13th nationwide with 3.5 goals per game.

“This weekend, they’ve got a few players that are serious,” Meharg said. “We’ll face some attackers.”

While facing Drexel in Maryland’s 7-1 season opening win, van Rootselaar’s old teammates watched the same team they did in previous years, only now their former teammate was on their screen rather than watching with them. Together, they saw van Rootselaar score her first Maryland goal in the victory.

Van Rootselaar is now playing in the conference and against the other she previously fangirled over, living the fantasies of field hockey players in smaller conferences who wonder what the Big Ten and ACC are like.

In matchups with Boston College and Duke, she’ll find out first hand if the visions she used to come up with were accurate.