No. 4 Maryland field hockey shuts out Stanford in low-scoring affair, 1-0 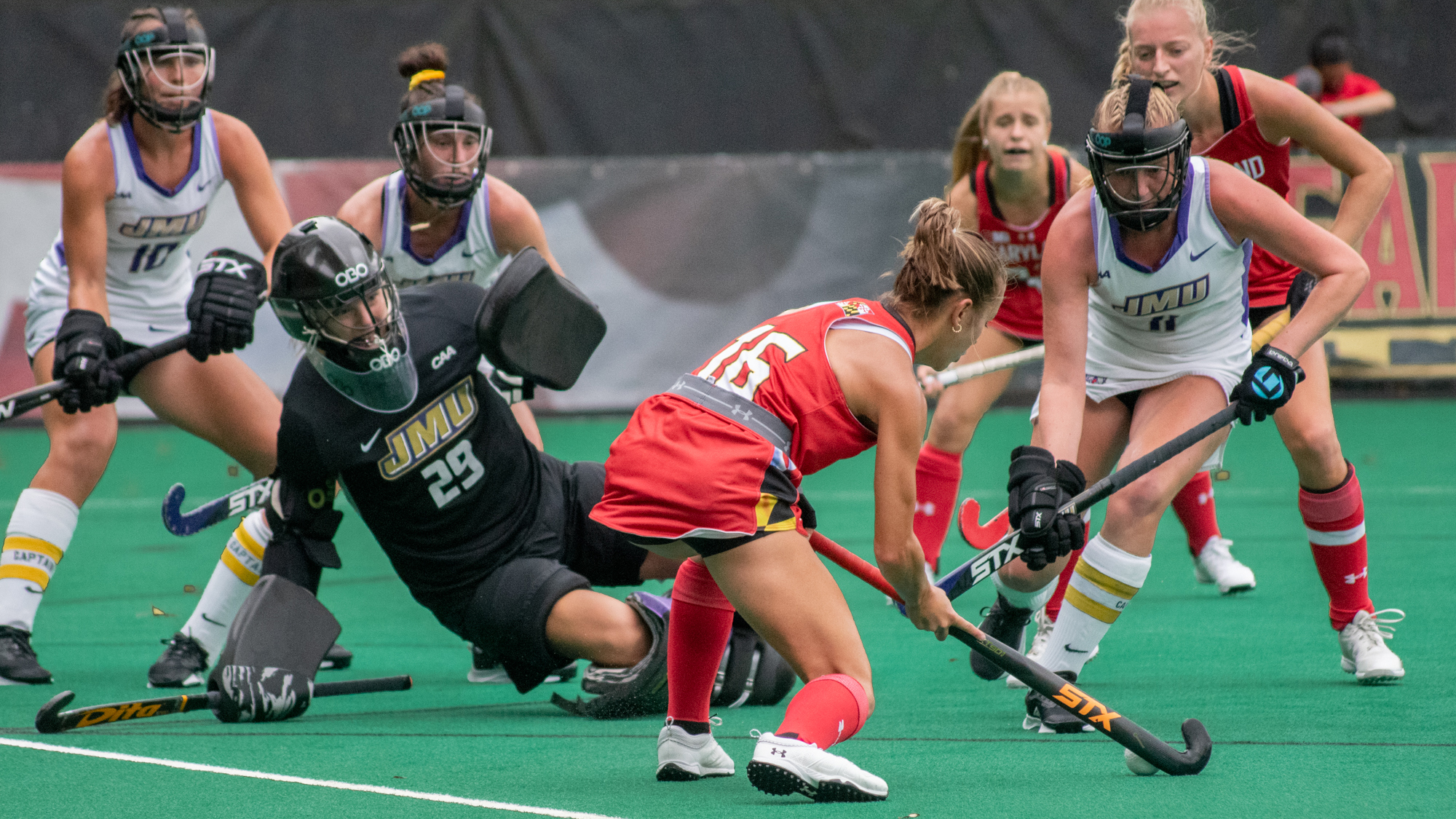 Maryland field hockey chipped away at a pesky Stanford defense all first half long, frequently getting close but failing to score. When the Terps advanced past midfield and into the shooting circle, the Cardinal defense almost always quickly ended a promising possession, cutting off passing lanes and limiting open looks at the net.

Thirteen first half shots and seven attempts on target resulted in just one score. Danielle Van Rootselaar struck the ball from the top of the circle on one of seven first-half penalty corner tries to give Maryland the lead in the first quarter.

Despite a bevy of opportunities, Van Rootselaar’s strike would be the only goal of the game as No. 4 Maryland ran out winners over Stanford in a tight 1-0 victory.

“I don’t think it was the defense, I think it was us,” coach Missy Meharg said. “We could have been more team oriented in passing and angles of passing and occupying the spaces in the circle … I think we were just undisciplined with our vision.”

The Terps inched even closer in the second half, but Stanford held strong.

Even after a few quality chances, including a miss wide left from Van Rootselaar on a breakaway, an Emma DeBerdine shot that bounced off the post and a Hope Rose try that Stanford goalie Daisy Ford deflected, Maryland was stuck at one score since the first quarter.

“I’m going to say we were into the circle 30 or 40 times,” Meharg said. “We got a lot of shots, but they have to be good ones. They didn’t care that we were in their circle.”

A whopping 23 shots weren’t enough to break through for a second goal, and Van Rootselaar’s first-half score proved to be the difference in a 1-0 win. The victory propelled the Terps to their first 2-0 start to a season since 2019.

After a 13-shot effort in the first half, Maryland shot 10 more times in the second half, six of them on goal. Stanford’s Ford finished with 12 saves and shut down the Terps’ penalty corner offense on seven of eight attempts.

“I’m sure we’ll be doing a lot of goal scoring exercises in the following week,” goalie Christina Calandra said.

The Cardinal offense rarely breached through the Maryland defense. Stanford took just four shots all game with two on goal. Calandra blocked both to record the first shutout of her four-year career.

“The ball has to get through everyone before it gets to me,” Calandra said. “Today truly showed how we worked as a team together to get this victory.”

After a third quarter that saw no goals on seven attempts, Maryland’s offense slowed in the final 15 minutes. The Terps took only two shots in the fourth quarter.

“They weren’t the best shots that we took and if we did, a lot of them missed the cage,” Meharg said.

With less than two minutes remaining, Calandra and the Terps’ defense faced their toughest look yet. After Bibi Donraadt drew a yellow card, Stanford held possession in Maryland’s circle for almost the entirety of the waning minutes.

Missed opportunities followed by a DeBerdine tackle with 13 seconds remaining killed the Cardinal’s best chance all game, as Maryland held on despite registering its fewest points in a victory since a 1-0 win over UMass on Sept. 10, 2021.

“The quality of the game was outstanding,” Meharg said. “I often find when you win games 7-1 and then all of a sudden you’re struggling to find goals there’s a sense of panic and I just don’t see it. All you have to do is win by one goal, so I’m super pleased that we found that one goal.”