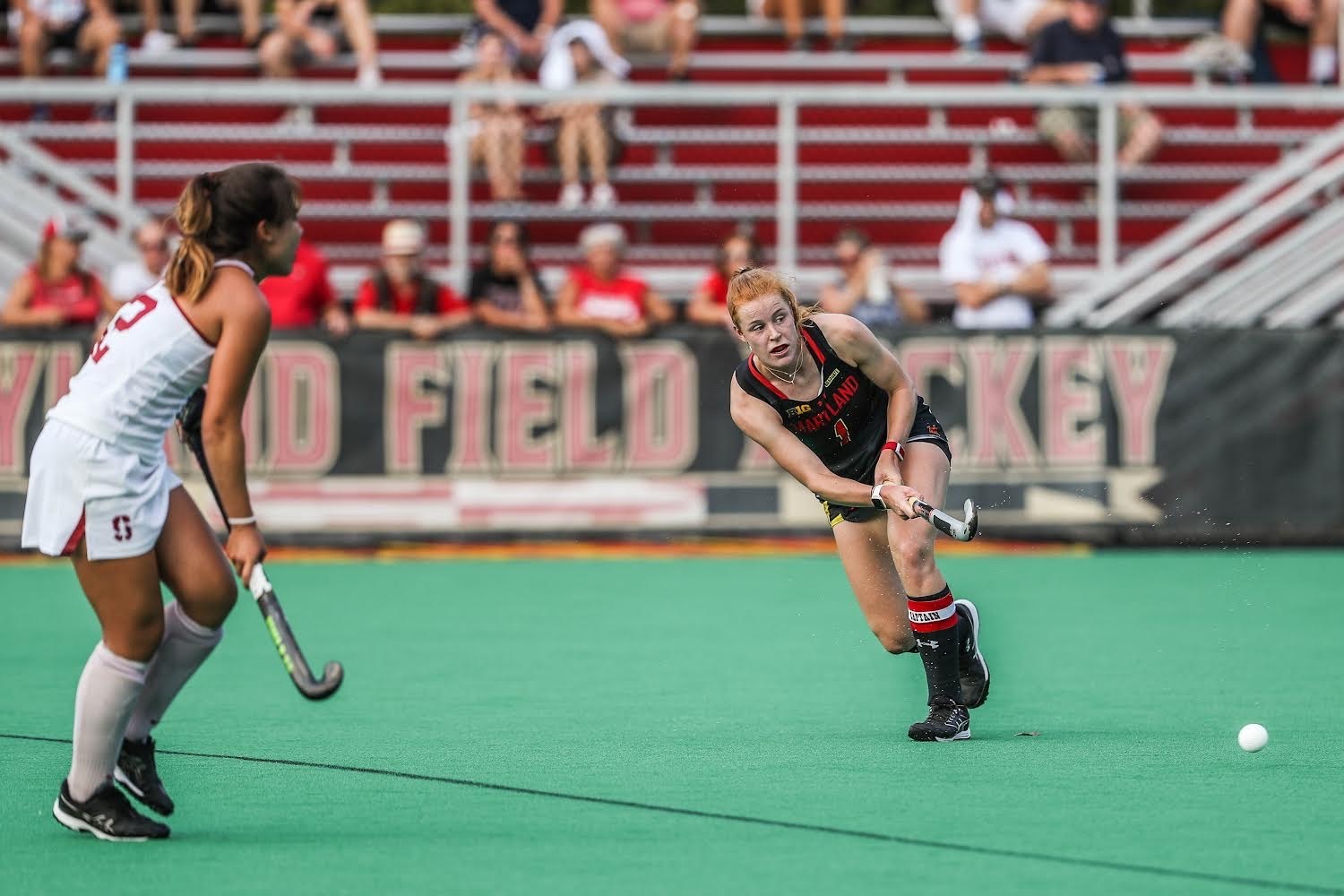 The process of how Maryland field hockey chooses its captains is player driven.

It starts a couple of weeks into fall practices, with players putting themselves up for consideration. They give a brief message to the team explaining why they believe they deserve to lead the rest of the group. Lastly, it goes to a vote for the players to decide which three will best represent the team.

Danielle van Rootselaar figured putting her name in the running was worth a shot, unsure of the response she’d receive from the teammates she just met less than a few months ago. As a graduate transfer from Brown, she’s one of the newest members of the team and more unfamiliar with the program.

“​​I really nominated myself just to see if the team thought I would be a great leader,” she said. “Really wanted to throw my hat in the ring and let everyone know that, whether I was elected captain or not, I would still work my ass off every single practice, game, conditioning, lift.”

Being one of the newest members of the team ultimately didn’t matter to the rest of the group. Van Rootselaar, along with Bibi Donraadt and Emma DeBerdine, was elected as a captain before she ever played a game as a Terp.

“Coming in as a transfer and not knowing anybody, [she’s become] a great captain who speaks up off the field as well as on the field,” Hope Rose said.

[No. 4 Maryland field hockey shuts out Stanford in low-scoring affair, 1-0]

In 51 games across three seasons at Brown — the Ivy League canceled all sports in 2020 — van Rootselaar scored 25 goals with 16 assists. She led the team with 12 goals last year in her senior season.

As a freshman in 2018, she was named first team All-Ivy, starting in 16 of the Bears’ 17 games. In year two, she led the team in goals and earned second team All-Ivy honors. In 2021, she unanimously made the all-conference team.

“Coming to this team was definitely a transition from Brown,” van Rootselaar said. “It’s a lot more intense. This is a way stronger culture.”

Van Rootselaar’s message of hard work resonated with her teammates. The words aren’t hollow, either. Her effort and intensity on the field backs them up.

Through two games, van Rootselaar is tied for the team lead on goals with two, one in each of Maryland’s first two contests. She found the net on five shots in the Terps’ season opening 7-1 win over Drexel and scored the only goal in the 1-0 defeat of Stanford Monday.

“She’s a very good field hockey player,” Meharg said. “I think the sky’s the limit. She’s playing a lot of minutes and she’s only going to get better and better every game.”

Van Rootselaar isn’t only navigating a new school and team. She’s also being used differently on the field than she was at Brown.

Meharg compares how she utilizes van Rootselaar to a volleyball libero, a position that has virtually free reign.

“Dani has to get a little more used to the position she’s playing, kind of like a libero, like a free defender,” Meharg said before the season. “Sometimes she’s just not sure how deep, how high, how left, how right that is.”

Through two games, Meharg believes her newest star’s comfort level in the new role is increasing. More often she knows where to be and how to play off midfielders to either side of her.

“She’s in the spine, someplace up the belly of the field,” Meharg said. “She did a lot better actually when we moved her up to center-mid. When you put Emma [DeBerdine] on a side-mid and you have space for the planks and runs, that’s always a good addition for us, too.”

Although initially skeptical of putting her name in captaincy consideration, being chosen to lead Maryland field hockey didn’t surprise van Rootselaar, who is letting her play give her teammates a reason to have faith in the graduate transfer.

“It’s really cool to have your teammates’ trust and your coaches’ trust to lead the team throughout such an intense and long season,” van Rootselaar said. “Having that trust is definitely great, especially when you’re new and you feel like you have to prove yourself.”