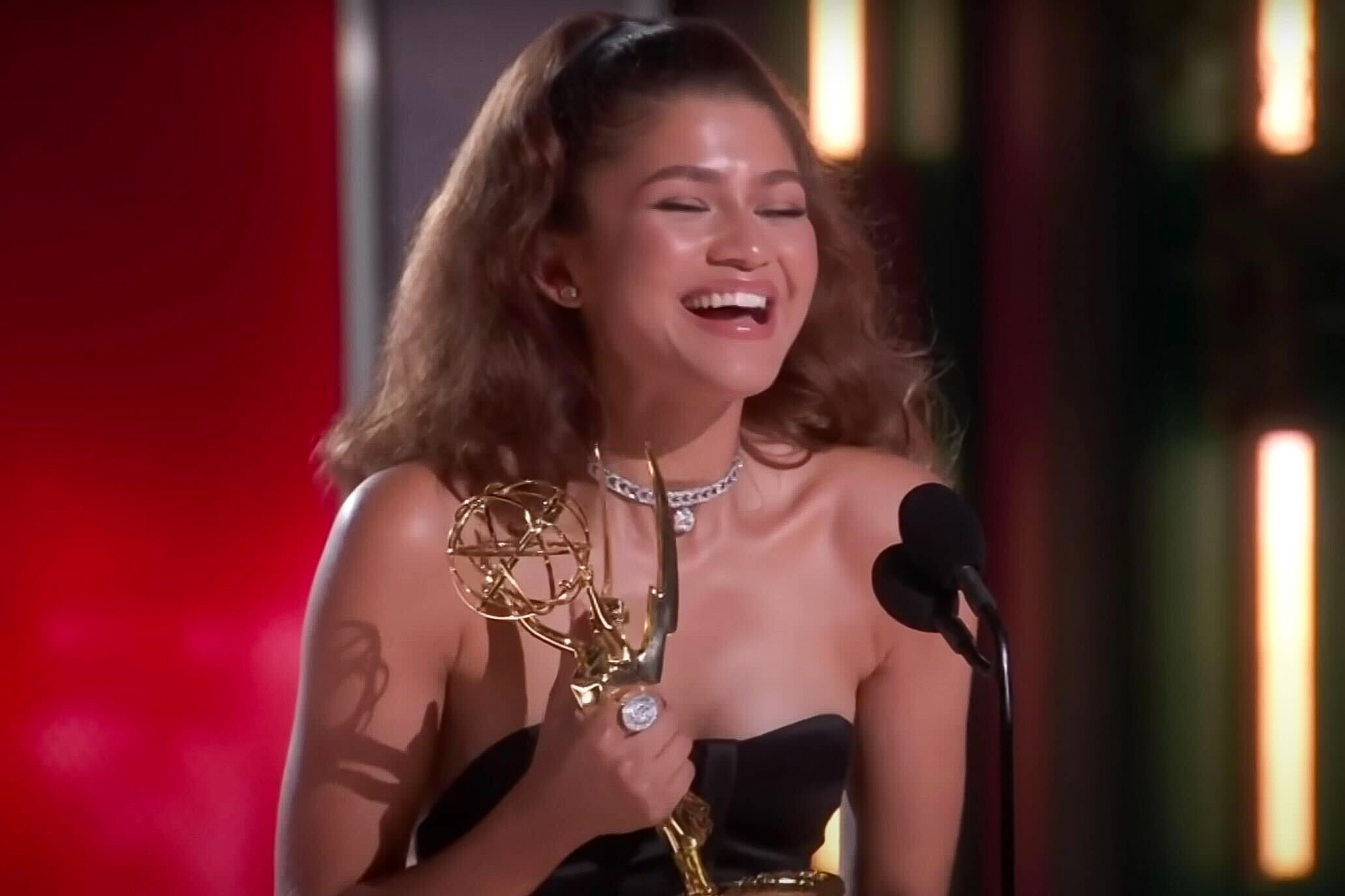 We love award shows with their glitz and glam, shocking reactions and emotional acceptance speeches. And the 74th annual Emmy Awards was no different.

Shows such as The White Lotus, Succession and Euphoria got the recognition they deserved and whether you like it or not, they’re popular shows for a reason.

There were a few remarkable occurrences and just to recap if you missed it, Quinta Brunson and Sheryl Lee Ralph accepted awards for Abbott Elementary, Lizzo beat RuPaul’s four-year drag race streak for outstanding reality competition program and Zendaya won outstanding lead actress in a drama series for her performance as Rue in Euphoria, for a second time.

Zendaya has impressed many industries on a multidisciplinary scale for so many years as a dancer, musician, actress and more. It’s no surprise she would become the youngest actress to ever win this Emmy not only once — but twice.

Euphoria, if you don’t know already, is a teen drama series that focuses on Rue, played by Zendaya, who suffers a drug addiction and ultimately has to navigate difficult relationships with friends and even more sorrowfully, family.

Upon accepting this award, Zendaya shared that Euphoria serves as an outlet for people who relate to this story and need a place to heal.

Zendaya demonstrated a remarkable talent during the production of Euphoria, serving as an executive producer, lead actress, co-writer and singer for part of the soundtrack. It is, without question, reasonable for her to have won this award.

But I’d like to open up another conversation about representing Black art in an industry such as film. It’s no question the presence of Black people in art just isn’t enough. Zendaya and Viola Davis are the only Black women to win this award in the past four decades. Cicely Tyson won this award in 1974.

Black art is its own separate genre that deserves accolades in its genuine entirety. Zendaya, after all, did not depict just any addict who’s struggling to maintain relationships, she’s a Black girl with a Black family experiencing addiction through being Black.

Industry awards such as the Oscars, Grammys or Emmys do a pernicious job of representing Black art, and it’s a tireless trope.

Black artists have to be exceptional just like anyone else would, but we really know that’s not true. It’s a lie to say the competition is just that simple.

White people get the luxury to pick and choose which Black narratives they’re okay with digesting and accepting as quality art.

The 2016 Grammys awarded Taylor Swift’s 1989 album of the year over Kendrick Lamar’s To Pimp a Butterfly, and we all know how the internet went ablaze over that.

But fast forward to 2022, Jon Batiste wins five Grammy awards in one ceremony, most of them for his admittedly really good album WE ARE.

The difference between Lamar and Batiste? Lamar grew up in Compton and Batiste in New Orleans, both finding their ways to fame through their impressive musical talents.

Lamar shares his experiences through raw lyricism in rap music and Batiste shares his and others through different genres. The industry will only accept a certain kind of Black art. The kind that doesn’t make white people uncomfortable.

And we’ve seen a rise in Black nominations and awards, it’s true. We need this and want this. The Emmys, truthfully, highlighted some well-deserved Black women, but how does that TikTok sound go? “When you’re Black, you’re never really lonely. Because there will always be a white person all up in your business.”

Quinta Brunson accepted her Abbott Elementary award over Jimmy Kimmel’s dead body. He laid on the floor while she spoke and while he intended to be funny, and I’m sure it was a good joke — a great joke even — we’re denying the elephant in the room that Kimmel’s tone deafness is unbearable and as a white man, he has forever tainted Brunson’s win.

While Kimmel may not have intended it as a racist act, we know full and well how white hands often steal Black victories. Industries should be held accountable for the portrayal of Black and Brown stories in their entirety.

Congratulations to Zendaya, Quinta Brunson, Sheryl Lee Ralph and of course, Lizzo for their outstanding work and well-deserved recognition. I’m hoping to see Black narratives expand beyond this standard, and Black people and Black culture becomes recognized for its beauty and talent.