Women are redefining what it means to be a musician 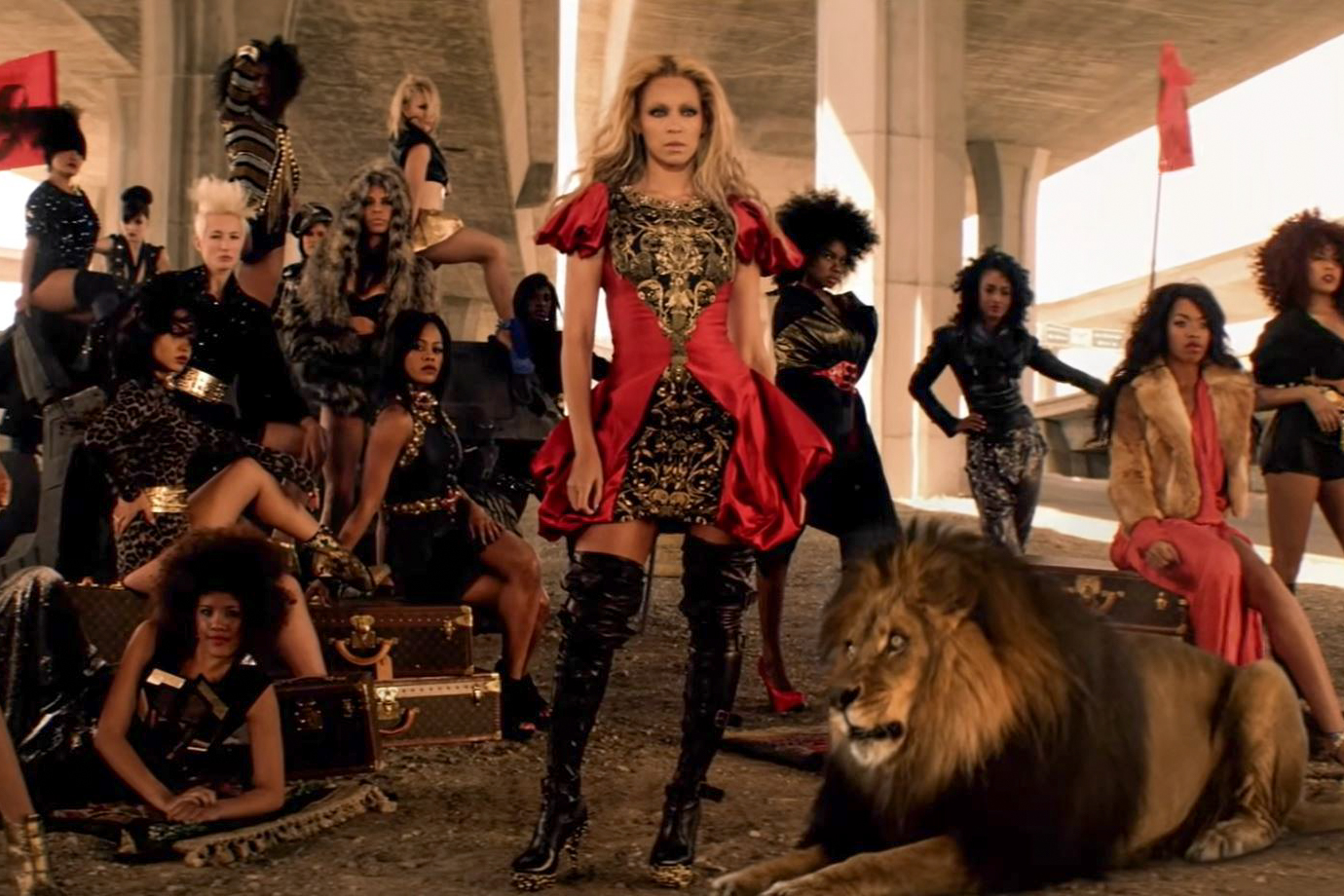 In a fierce, grayscale portrait, rapper and actress Megan Thee Stallion blurs lines of emotion as she sports three moods in her recently released album cover for Traumazine. With one image layered atop another, the rapper’s boldly made-up face fades into its neighboring selves, merging the angry, respectable and indifferent expressions into one savage woman.

“Sick of bein’ humble, ’cause you bitches don’t respect that,” she raps in the song “NDA” off of her sophomore album released in August. “And the next one of y’all hoes wanna get bold, I’m gon’ check that.”

Broadcasting messages of resilience and power, Megan and countless other musicians are redefining what it means to make music for women and about women. As women artists continue to challenge stereotypes through a purposefully gendered lens, their roles in the music industry carry on a legacy of groundbreaking social change.

A temporary exhibition at the Smithsonian National Museum of American History spotlights women’s role in creating the soundtracks that inspired generations of social and political movements. “Music HerStory: Women and Music of Social Change,” open until Feb. 20, 2024, highlights the women who preserved culture while simultaneously influencing it.

From nursery rhymes to anthems of complex social identities, women have had an important place in music, even if their work wasn’t always recognized. Whether playing into male-voiced lyrical tropes or finding new ways to challenge them, women across genres have used their songs to flip the script.

[Smithsonian exhibit examines the future of Title IX in sports]

“It wasn’t God who made honky-tonk angels, as you said in the words of your song,” sang Kitty Wells, “The Queen of Country Music,” in her 1952 hit country song, “It Wasn’t God Who Made Honky Tonk Angels.” “Too many times married men think they’re still single, that has caused many a good girl to go wrong.”

Written in response to Hank Thompson’s “The Wild Side of Life” and other country songs blaming women for the demise of relationships, Wells quickly topped the country music chart despite some radio stations initially banning the song.

Lyrics about women’s needs and desires trace back to the classic blues in songs such as Bessie Smith’s saucy “Need a Little Sugar in my Bowl.” Now, there’s been a transition into increasingly explicit and unapologetic verses that have broken through the sexual taboo and unpacked the real consequences that women experience in a sexually liberated society, according to Dr. Nicole Powlison, a University of Maryland musicology and ethnomusicology lecturer.

“Women could be protected and/or desired, but they cannot protect or express desire themselves without fear of ridicule,” Powlison wrote in an email.

As women seize more control of their careers and show they can be both hard and soft without losing their identity, their fearless work empowers a generation of listeners, sophomore architecture major Terriana Jones said.

“I may not be doing everything that [Megan Thee Stallion is] doing or, like, I’m not built like her, but when I’m listening to it, I feel like I’m big, strong, famous,” Jones said. “I feel like it’s very empowering.”

Unified strength among women has characterized a new period in music history — the “hot girl” era — where women are starting to profit off of the misogyny that historically sexualized them. For some artists, it’s also a chance to reclaim their independence, according to Dr. Matthew Valnes, a visiting assistant professor of musicology at this university.

“The hypersexualization of Black women … has been rampant throughout the history of the United States for a very long time,” he said. “[For Black artists engaging with those tropes,] it’s a way to sort of reclaim agency and autonomy.”

But this sexualization hasn’t distracted artists from still conveying important messages to women, Kate Cohen, a freshman enrolled in letters and sciences, said.

“[Nicki Minaj] is very sexualized, but she also has a great message,” Cohen explained. “She talks about [how] women should go to school and that you should get your education and get a good job and support yourself, and you don’t need a man. She talks so much about doing it on your own and as a woman.”

Music from a woman’s perspective also draws in listeners because of its relatability. The Riot Grrrl punk movement in the 1990s broke taboos with songwriting about gender harassment, women’s health, self-image and sexual violence.

Today, indie-rock music from artists such as Mitski, a Japanese-American singer, is carving out space for those who feel alone to feel safe.

“A lot of [Mitski’s] songs talked about how she feels out of place in society, whether it’s because of her gender, or it’s because of her ethnicity,” freshman psychology major Farah Aliabadi said. “For me, I’m Middle Eastern and even though I can’t obviously relate to the same level, there are definitely things that I hear in her music that just really resonates with me … because you feel like they get you.”

Women in music are also supporting each other beyond the studio. Throughout the 20th century, women have risen to record label executives, music engineers and industry decision-makers, bringing diverse perspectives, talent and creativity to the profession.

“Women have been doing that sort of work for centuries,” Powlison wrote. “But when a figurehead-type producer comes to the forefront as a contributor to the sound of a genre, it’s almost always a man.”

But as trailblazing musicians such as Beyoncé, who established her own record label in 2008, and Janelle Monáe, who spearheads artist-run movements such as Wondaland Art Society, pave the way for other women in music production, the future of women’s representation in the industry is expanding.

“How we smart enough to make these millions, smart enough to bear these children,” Beyoncé sang in her award-winning song “Run the World (Girls).” “Then get back to business.”

Ahead of an all-woman army, Beyoncé fiercely snatches her male counterpart’s badge and pins it on her long, emerald green slit dress. With fists raised in the air behind her, the army of women is poised to follow in their leader’s footsteps.